Mr Erdogan has launched a stunning personal attack on the French President as ties between the two nations continue to worsen. The 66-year-old described Mr Macron as a “burden” on his country and claimed France is “going through a very dangerous period”. His stark comments come amid months of disputes between the two countries over Syria and the conflict in the Nagorno-Karabkah region near Russia.

Speaking in Istanbul this afternoon, Mr Erdogan said: “Macron is a burden on France.

“Macron and France are going through a very dangerous period actually.

“My hope is that France gets rid of the Macron trouble as soon as possible.”

President Macron, 42, has been under mounting pressure domestically over his handling of the second wave of coronavirus infections. 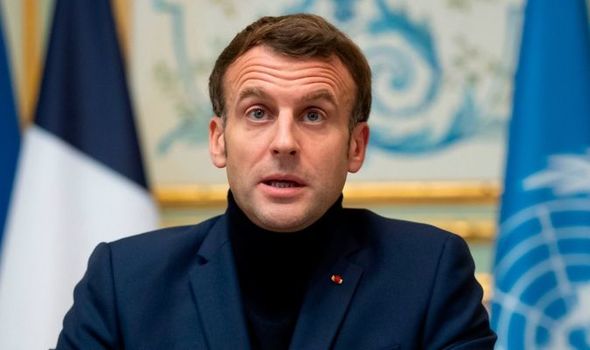 In recent weeks, widespread protests have been held across the country against Government restrictions and Mr Macron faces a tough race to win a second term in office.

With less than 18 months to go until the next presidential election, the latest polls have narrowed with support increasing for his main rival, the far-right National Rally Leader, Marine Le Pen.

International relations with Turkey have been strained as both sides support opposite sides in the brutal conflict between Armenia and Azerbaijan over a disputed region in Eastern Europe.

The Nagorno-Karabakh enclave is internationally recognised as part of Azerbaijan but populated and governed by ethnic Armenians. 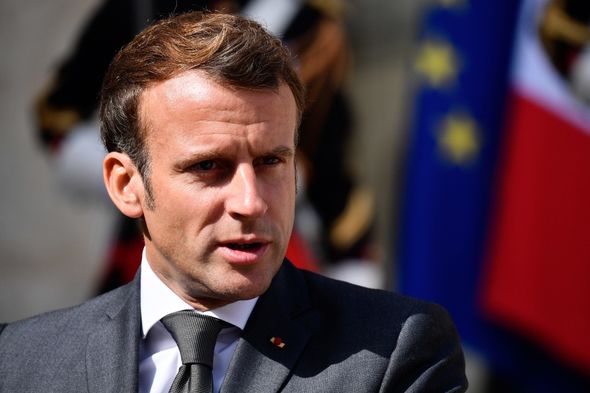 More than 1,000 people have died since fighting broke out in late September.

Ankara has a key military-pact with its close ally Azerbaijan, while Paris has sided with Armenia and called for the land-locked region to be a recognised as a republic.

President Macron previously claimed Syrian fighters from jihadist groups had travelled through the Turkish city of Gaziantep to join the battle – a claim rejected by Ankara.

This afternoon. President Erdogan went on to urge France to stay out and argued its status as a mediator in the region was “no more”. 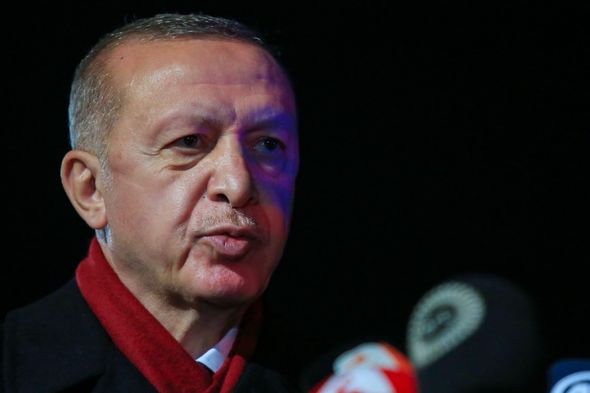 The Turkish leader also appeared to mock President Macron and echoed remarks made by Ilham Aliyev, the President of Azerbaijan, who insisted if France is so concerned they should give Armenians the keys to the city of Marseille.

President Erdogan said: “Ilham Aliyev had some advice for the French. What did he say? ‘If they love Armenians so much, then they should give Marseilles to the Armenians’.

“I am making the same recommendation. If they love them so much, they should give Marseilles to the Armenians.”

France has also been leading calls from within the EU to impose sanctions on Turkey over its involvement in the Eastern Mediterranean sea.

Tensions flared in August when Ankara sent Oruc Reis to map out energy drilling prospects in the waters also claimed by Greece.

Turkey withdrew the vessel from contested waters ahead of a previous EU summit in October to “allow for diplomacy”, but later sent it back after what it called unsatisfactory outcomes from the summit.

Last week, the EU’s Parliament called for sanctions against Ankara, and EU leaders will meet on December 11 to discuss the next course of action.