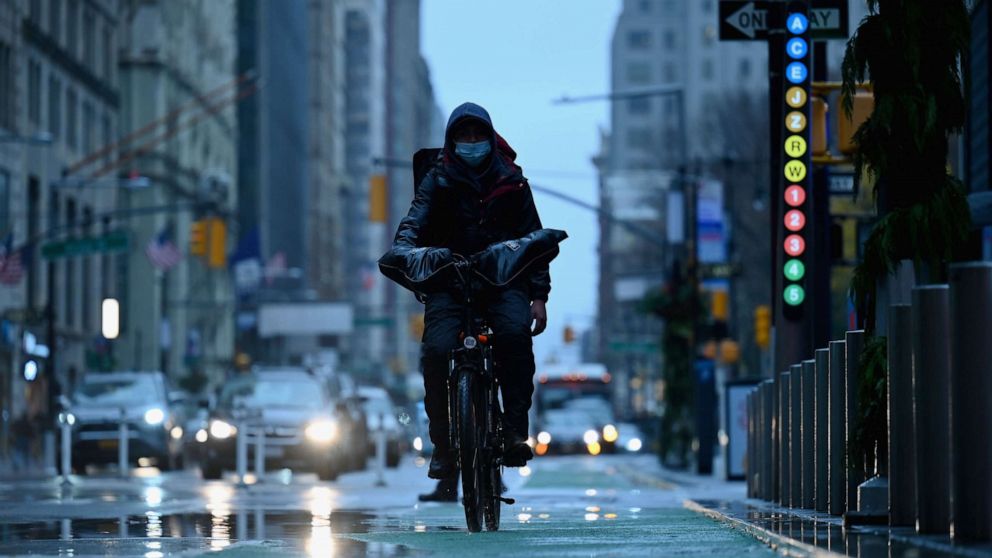 Cold and snow is gripping the Eastern U.S. with freezing temperatures reaching all the way down to Florida.

A freeze warning has been issued this morning for the Tampa Bay area as well as wind chill alerts just outside of Naples, Florida.

The National Weather Service in Tampa Bay was warning last night that there is a real threat for hypothermia.

Further north, two feet of snow fell in northeast Ohio where more than 90,000 customers are without power.

In Cleveland, 9.5 inches of snow was recorded by the end of the day on Tuesday making it the largest single-day snowfall since 10.9 inches fell on Feb. 4, 2009.

In western Pennsylvania up to 16 inches of snow fell causing numerous spinouts and accidents.

This morning it actually feels colder in Savannah, Georgia, than in Boston.

Take a look at these freeze and wind chill alerts for Florida. This is the coldest air of the season so far for them.

While parts of the Northeast and Midwest are digging out from 1 to 2 feet of snow, a new snowstorm is developing in the southern Plains in Texas and Oklahoma.

Locally, a foot of snow is possible in northwest Oklahoma and Oklahoma City could see 1 to 2 inches of snow today. There is also a winter storm warning issued for southern Kansas and northern Oklahoma.

Meanwhile in Southern California, Santa Ana Winds are now in effect and a Red Flag Warning has been issued from Los Angeles down to just outside of San Diego where fire danger will be critical.

The forecast calls for very dry conditions with relative humidity down to 5% and gusty off shore winds of 40 to 60 mph where, locally, they could reach up to 70 mph which make it perfect conditions for fire spread.

WHO looks at e-certificates for COVID-19 vaccination