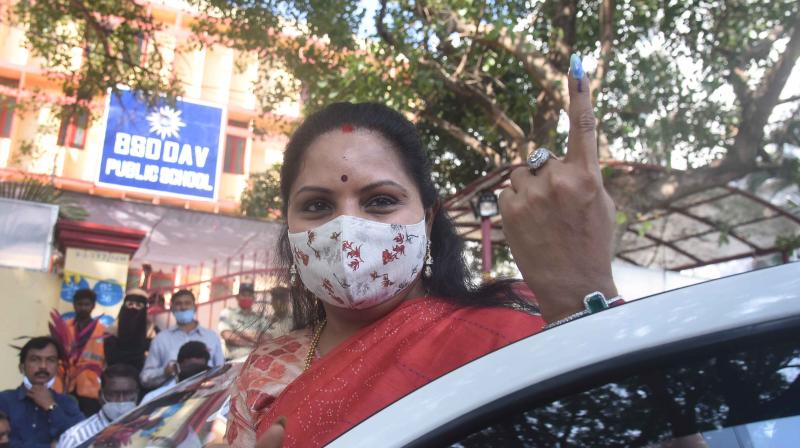 In a letter to ECI, BJP’s state general secretary G. Premender Reddy pointed out that the MLC had cast her vote in Bodhan assembly constituency the last time assembly and Lok Sabha elections were held. He maintained that Kavitha had used the same EPIC number Voter ID in GHMC elections too to cast her vote.

Premender Reddy felt this makes it evident that she has indulged in electoral malpractice by voting in two different places using the same ID. He demanded that taking this into consideration, ECI must take action and disqualify Kavitha from her MLC’s post.

After first round of vaccine distributions, bulk of planning remains unfinished