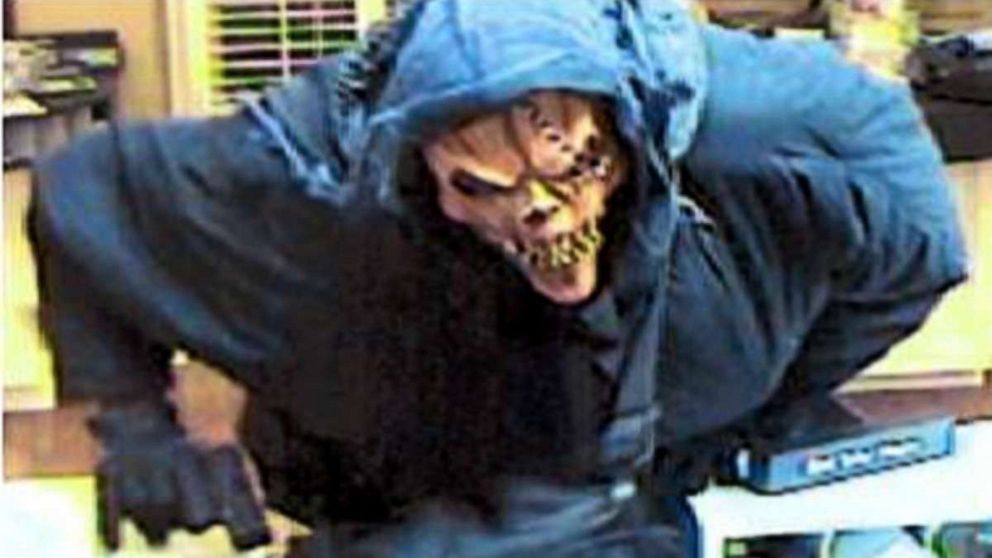 The search for a serial bank robber dubbed the “Too Tall Bandit,” who has eluded law enforcement for at least 11 years, has heated up again after he struck twice in November following an apparent two-year hiatus, according to the FBI.

The menacing criminal, who FBI officials suspect is responsible for holding up 16 banks and a pharmacy since 2009 in South Carolina, Tennessee and, most recently, western North Carolina, has been described by terrorized victims as being up to 6-foot-8-inches tall, weighing 250 pounds, and has a collection of Halloween-type masks.

“We’re just hoping someone can give us that tip we need to identify him before someone gets hurt. It is definitely a concern,” Shelley Lynch, spokesperson for the FBI field office in Charlotte, North Carolina, told ABC News on Wednesday.

The FBI released security camera footage of the take-over style armed hold up in hopes someone recognizes the robber.

“There’s something distinctive about the way he walks,” Lynch said. “He appears to have a limp that impacts his right leg.”

Like in other robberies, the man, who authorities believe to be white and in his 40s, entered the bank holding a dark handgun and vaults the teller counter.

“He does come into the bank, right away pointing his gun typically at bank employees, ordering them to the ground and in many cases, he actually jumps the counter and goes behind the teller area,” Lynch said.

He struck the First Bank in Brevard, North Carolina, about 11 miles southwest of Etowah, on Nov. 6.

“He has a very aggressive manner, is heavily disguised and again with a weapon every single time,” Lynch said. “We do just want to see if we can get some additional tips from the public either recognizing some of the clothing he’s worn in multiple robberies or hearing about his description and maybe knowing someone who’s that tall, has a deep voice, and walks with that limp.”

Before the Brevard bank heist, the robber’s last known hold up was back on Jan. 4, 2019, at a SunTrust Bank in Franklin, Tennessee, a suburb of Nashville. He is believed to have robbed the same bank in 2012, officials said.

Lynch said it remains a mystery why the bandit apparently took a nearly two-year break. She said FBI agents are probing a theory that the robber was incarcerated during that time.

Following a string of robberies in 2018, the FBI issued a $15,000 reward for information leading to the man’s arrest, but nothing came of it.

The FBI believes the bandit’s first robbery occurred on Nov. 27, 2009, at the Volunteer State Bank in White House, Tennessee.

The only time he’s deviated from his pattern of targeting banks was when he allegedly robbed the Farragut Pharmacy in Farragut, Tennessee, on Dec. 18, 2014, FBI officials said. But in that case, he apparently wasn’t looking for cash.

“The suspect walked behind the pharmacy counter and instructed employees to place prescription opioids into a bag the robber brought with him, similar to the bank robberies,” reads a statement the FBI released at the time.