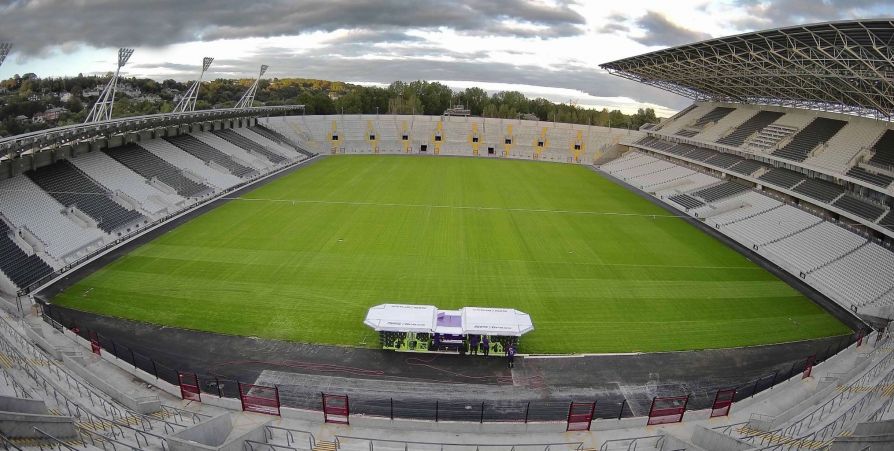 The 45,000-seat stadium at Ballintemple was re-opened in 2017 following a two-year redevelopment

The High Court has refused to lift a stay on a construction industry adjudicator dealing with a claim by a contractor for a further €1 million payment for electrical works carried out in the revamp of Páirc Uí Chaoimh in Cork.

Last month, the court gave permission to Cork GAA to challenge the decision to refer the additional claim from OCS One Complete Solution to an adjudicator, who had to give his decision – which was enforceable in law – by November 30th.

As a result of the court also putting a stay on the adjudicator’s decision pending the legal challenge. OCS, which was a notice party in the case, asked the court to lift the stay. Cork GAA opposed the application.

In a ruling, Mr Justice Anthony Barr refused to do so saying he was satisfied a stay would not deprive OCS of its statutory right to have the payment dispute submitted to adjudication.

It would also not cause undue prejudice to OCS by the delay in obtaining an adjudication award in its favour, he said.

The 45,000-seat stadium at Ballintemple was re-opened in 2017 following a two-year redevelopment.

However, it says some three years after the stadium was handed over by the builders, OCS served notice of its intention to refer a claim for additional payment of €1.02m for electrical works to an adjudicator.

Cork GAA claims the appointment of the adjudicator was of no legal effect because the contract with OCS was entered into before the 2013 Act came into operation in July 2016. Cork GAA says the contract began a month earlier, in June 2016 when it was agreed to accept the tender made by OCS.

OCS says the extra €1.02 million was made up of increased man-hour rates, delay, changed conditions, ad hoc piecemeal works and “containment” or work to cover the electrical works from view.

The case has since been admitted to the High Court’s fast track commercial division.

A simple cure for ‘Zoom fatigue’

From buzzing bees to solar panels: Inside Bentley’s green shift