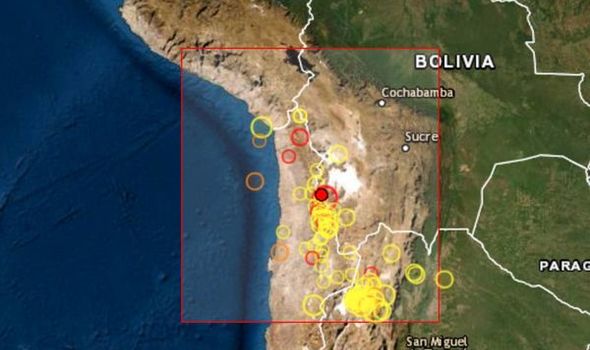 The powerful quake struck near the coast of northern Chile, the GFZ German Research Centre for Geosciences said today. The quake was at a depth of 105 km (65 miles), it added.

The areas that felt the biggest tremors was the Tarapaca region of Chile, at 4.47pm UTC.

People were quick to share their experiences of feeling the huge quake. 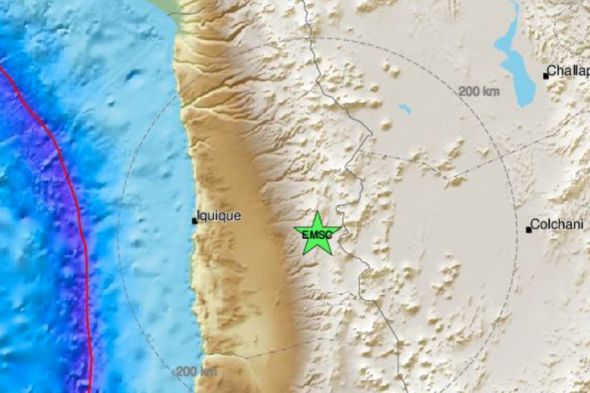 Another person added: “It started suddenly, without warning everything moved.”

There have not been any reports of injuries or damage to buildings so far. 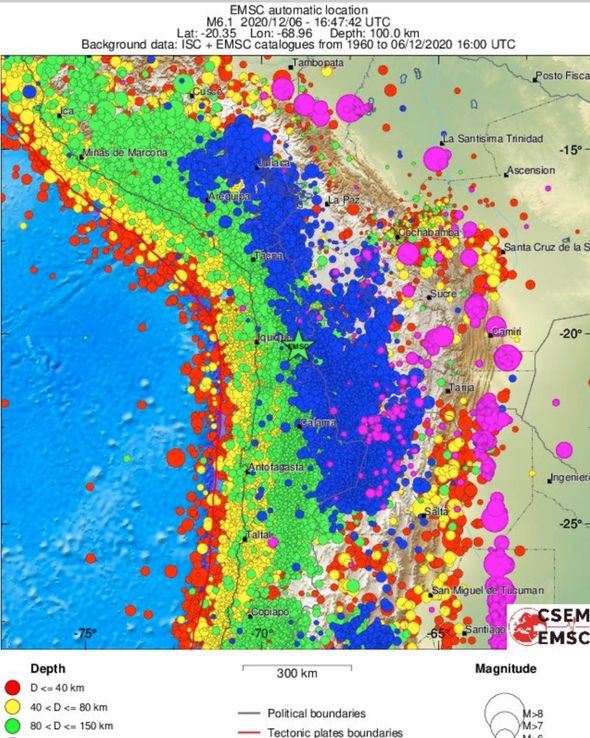 Chile lies on the notorious Pacific Ring of Fire.

This is a vast area known for its powerful earthquakes and volcanoes.

Around 75 percent of Earth’s active volcanoes, which works out at more than 450, are located along the Ring of Fire .

Up to 90 percent of earthquakes also occur along its path.

Speaking to Express.co.uk, Bill McGuire, Professor of Geophysical & Climate Hazards at UCL, warned the Ring of Fire is so unpredictable, there is no way to predict when it will strike. 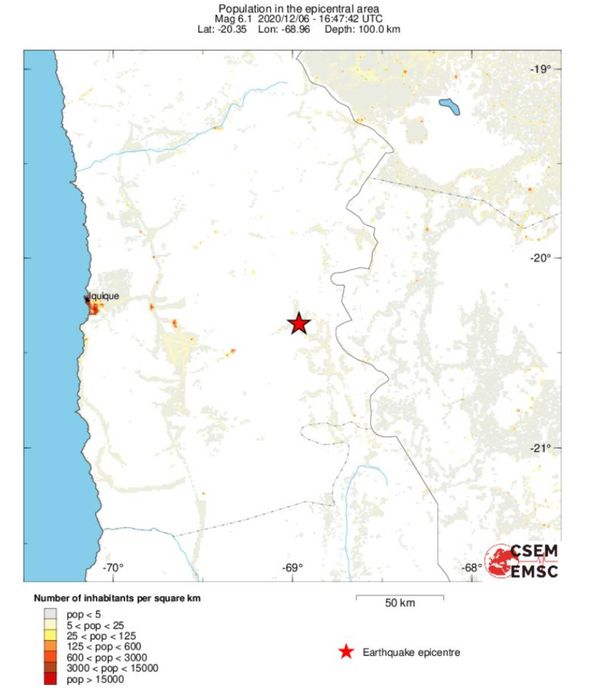 He said: “Trying to decide which ‘Ring of Fire’ volcano will erupt next is a bit like trying to pick the winning numbers in the lottery.

“However, no volcano erupts without warning signs that we can detect if we are looking.

“For magma to reach the surface, it must break rock, which causes small earthquakes that can be detected using seismometers.”

It comes after was hit by another 6.8 magnitude quake struck 40 miles north of the city of La Serena on October 28. 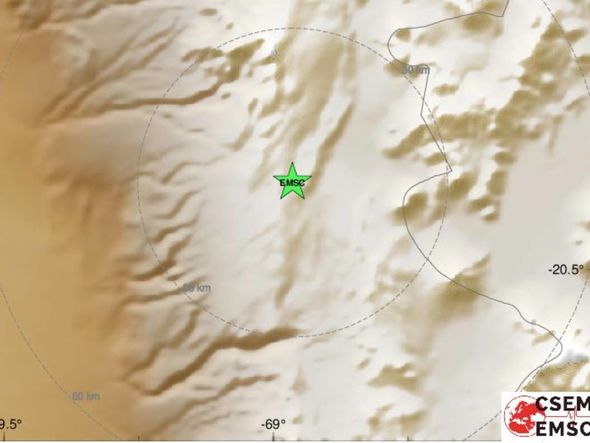 Researchers from the United States Geological Survey (USGS) said the epicentre was recorded at a depth of 27 miles.

Witnesses reported being woken by the tremors and that buildings swaying.

Some people were forced to move outside as a precaution.

Officials did not issued tsunami warnings for the region.