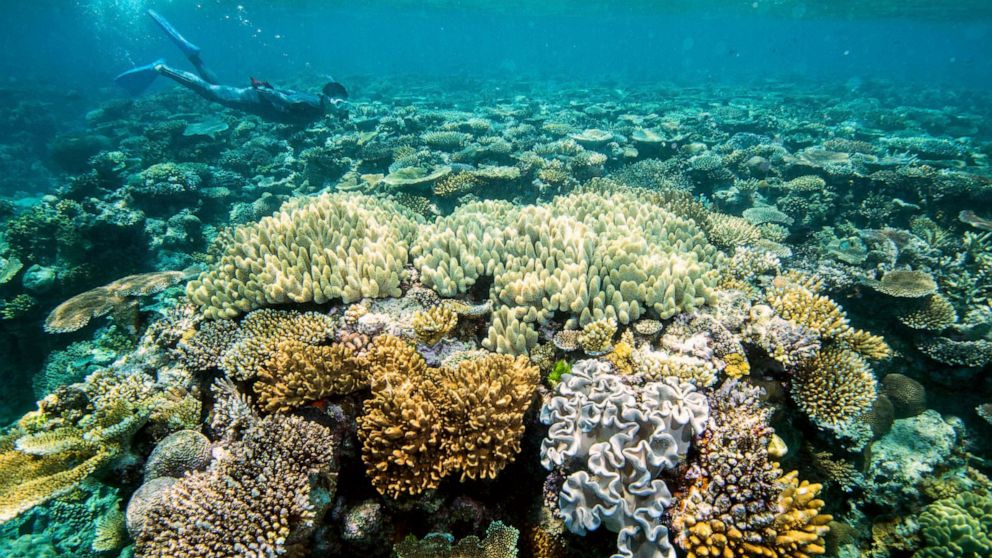 The conservation status for Australia’s Great Barrier Reef has declined from “significant concern” to “critical” due to increasing impacts associated with climate change, a new report has found.

The damage to the reef is a result of ocean warming, acidification and extreme weather, which has resulted in coral bleaching, according to the International Union for Conservation of Nature’s (IUCN) 2020 World Heritage Outlook report, which tracks whether the conservation of the world’s 252 natural World Heritage sites is sufficient to protect them in the long term. The process of coral bleaching occurs when water is too warm and the algae the corals expel from their tissues cause them to turn completely white.

The decline of the coral has also resulted in decreasing populations of certain marine species, researchers found. The reef, the most extensive in the world, houses more than 1,500 species of fish.

A third of the natural World Heritage sites are currently being threatened by climate change, the IUCN reported.

Warming temperatures have exacerbated the spread of invasive species in the protected areas of the Cape Floral region in South Africa, and the Pantanal Conservation Area in Brazil was heavily damaged by wildfires in 2019 and 2020, according to the report. In addition, the rapid melting of the Kaskawulsh Glacier, part of Kluane Lake in the Yukon, has changed the river flow, which has led to depleting fish populations.

Since 2017, the conservation outlooks of 16 sites have changed to deteriorating, while only eight showed improvement, and the threats are expected to continue, according to the report.

Climate change continues to be the No. 1 threat to natural World Heritage sites. In 2014, the IUCN identified climate change as the most significant potential threat, and it 2017, it became the fastest-growing threat. In 2020, climate change remains the “most prevalent current threat,” and it is assessed as a “high” or “very high” threat in 83 of 252 sites, according to the report.

After climate change, the next two significant threats to these natural sites are invasive alien species and tourism impacts.

In addition to the Great Barrier Reef, the islands and protected areas of Mexico’s Gulf of California have also entered the critical category, the report found. It was included in the IUCN’s List of World Heritage in Danger in 2019 due to the imminent extinction of endemic vaquita, which the World Wildlife Fund describes as the “world’s rarest marine mammal.”

There are currently 18 sites on the critical list, including the Everglades National Park in Florida and the tropical rainforest in Indonesia.

“Natural World Heritage sites are amongst the world’s most precious places, and we owe it to future generations to protect them,” Bruno Oberle, the IUCN director general, said in a statement. “The IUCN World Heritage Outlook 3 reveals the damage climate change is wreaking on natural World Heritage, from shrinking glaciers to coral bleaching to increasingly frequent and severe fires and droughts. As the international community defines new objectives to conserve biodiversity, this report signals the urgency with which we must tackle environmental challenges together at the planetary scale.”