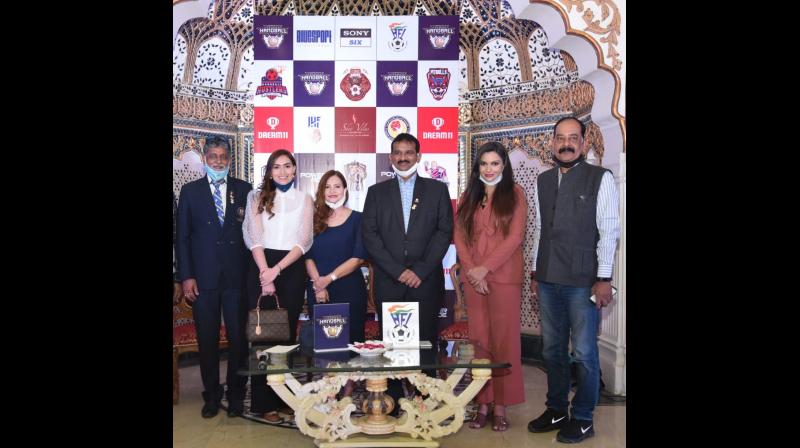 Jaipur: The inaugural edition of the Premier Handball League (PHL) will be held from December 24 to January 10 at the Sawai Mansingh Indoor Stadium here, the national federation said on Saturday.

The PHL, being held under the aegis of Handball Federation of India, will have 33 matches in 18 days this season.

“This is going to be a significant moment in Indian handball history as the PHL will infuse fresh air to the sport which has immense potential at grassroot level,” HFI President Jagan Mohan Rao said at the launch of the PHL here.

“The league will bring exciting competition among the players as well as help build handball as a brand.”

The PHL will see more than 80 players taking part in the inaugural edition as each team will consist of 14 players.

“We have close to 80000 registered players playing the game in India. India is looked as next big thing by international federation in terms of talent and opportunities. I feel PHL has come at the right time,” said HFI Vice President Anandeshwar Pandey.

The PHL India Sports Private Limited is the official license holder of the league. The matches will be broadcast live on Sony Pictures Sports Network.