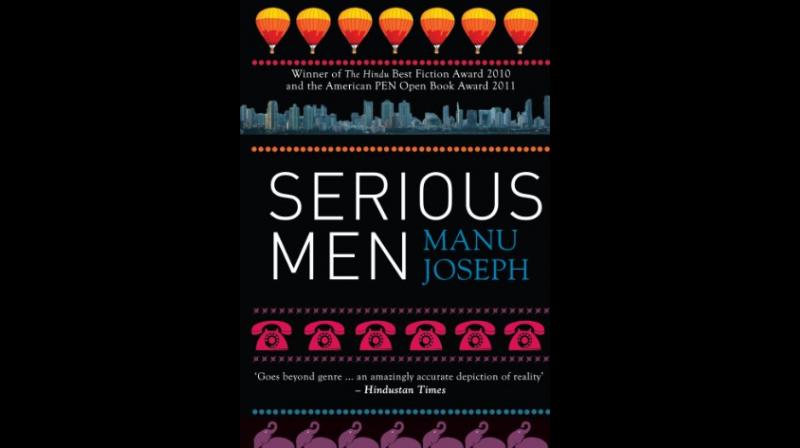 Published in 2010, to well-deserved global success, Serious Men by Manu Joseph is about a pair of opposites: a brahmin scientist, Arvind Acharya, and his dalit assistant, Ayyan Mani, and how their lives intersect in cunning, cruel, and even collaborative ways. Acharya is the director of the “Institute of Theory and Research”, and committed to proving that alien life exists. Mani hardly appears on his radar, except as a meagre clerk in his office. But in fact — and this is how Joseph delights and seduces his readers — the phone-answering, mail-receiving assistant has been regularly interfering with Acharya’s work. The results are a shocking professional climax, a romantic one, and lots of ethical ones. Serious Men is a witty pageturner, and brilliant in how it recasts the word ‘serious’ to connote everything but.

Ten years later, the word takes on still new meanings: unstoppable, deadly. The coronavirus is serious; the consequences for humanity are serious. In such a world, have opposites become irrelevant? Has seriousness given us more in common?

Not according to Acharya, who dismisses all scientific approaches other than his own as myopic. In an argument about how best to identify extraterrestrials, he decries his colleague’s proposal to emit radio signals into space:

“I will not support people who presume that somewhere, far away in space, there could be beings so human that they will build machines that will send us a radio signal. Man is not searching for aliens. Man is searching for man. It’s called loneliness. Not science.” (— p. 50 of Google e-book)

Maybe, but man’s loneliness might well have been the primordial urge which led him to seek distant shores, build cities, and devise the technology that, today, keeps us connected twenty-four-seven. Acharya, however, is weary of such primitive impulses; his experiment is far more sophisticated, since it is searching for microbial particles. Still: how would he feel nowadays, if he could not sit in his office daily, work in his basement laboratory, and shout at his colleagues face-to-face? He continues to anticipate the alarm clock that blares in his home every morning at 7.45 a.m., even though his daughter, who used it, is long settled abroad. Might he acknowledge that his search for aliens, in whatever form they exist, is to dispel a certain interstellar loneliness?

We’ll never know, because Acharya would have stalked off in a huff by now, feeling nauseous by such unworthy (and unscientific) questions while Mani would have lingered behind, eavesdropping for his own ulterior motives. Indeed, Joseph’s characters conduct their vitriolic scheming in parallel hallways: the hallowed, hushed ones in the Institute; the concrete, rat-infested ones in the BDD chawl where Mani lives. Recalling his own experience living in a chawl as a novice reporter, Joseph says he was “struck by this unnecessary design flaw: the way people live in Bombay”. He uses Mumbai’s topsy-turviness creatively, to ensure that his novel’s action is as steamy in an office basement as it is in a chawl attic. Covid or not, nobody really wants to be alone.

A decade ago, Serious Men was about the chasms between things: Scientists and laymen. Humans and extraterrestrial life. The rich and the poor. Women and men. Lust and love. Humour and severity. Truth and fiction. Secret games and invisible science. English writing and vernacular lives. A decade later, it is a book — as well as a film — about the social distances between these things. A question for Joseph, Mani, Acharya and all of us, is how this distance will narrow or widen in the coming days, months and years.

Aditi Sriram teaches writing at Ashoka University. Her first book, Beyond the Boulevards: A Short Biography of Pondicherry, was released in March 2019. She also freelances for several publications including The New York Times, The Atlantic and The Washington Post.