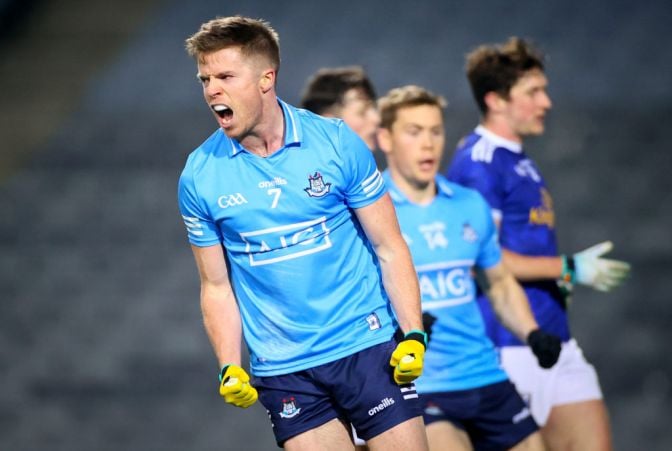 Dublin have beaten Cavan 1-24 to 12 points in the first of this year’s All-Ireland Senior Football Championship semi-finals at Croke Park.

It is their sixth All-Ireland final in a row as they are looking to make it six All-Ireland titles in a row this year as well.

Dean Rock scored five points in the first half, and he was one of Dublin’s stand out performers on the day.

Cavan kept it close in the first half as both teams traded scores. Dublin went into the break up 12-7.

It looked like Cavan might push on in the second half, but as things progressed Dublin kept on extending their lead.

The likes of Ciaran Kilkenny, Con O’Callaghan and Brian Howard all got on the scoresheet as with 60 minutes gone Dublin led 21-12.

Cavan also started to become more stretched at the back. Eventually it showed as in the 65th minute Dean Rock set up Rob McDaid to punch in the ball from close range making the score 1-21 to 12.

Cavan’s Thomas Galligan was sent off late on for a second yellow and the game ended 1-24 to 12 points.

Dublin will meet the winner of tomorrows’ other semi-final between Mayo and Tipperary.

Elsewhere in GAA action today, Down beat Antrim 4-16 to 2-10 in the All-Ireland Intermediate Camogie Championship final at Kingspan Breffni Park.