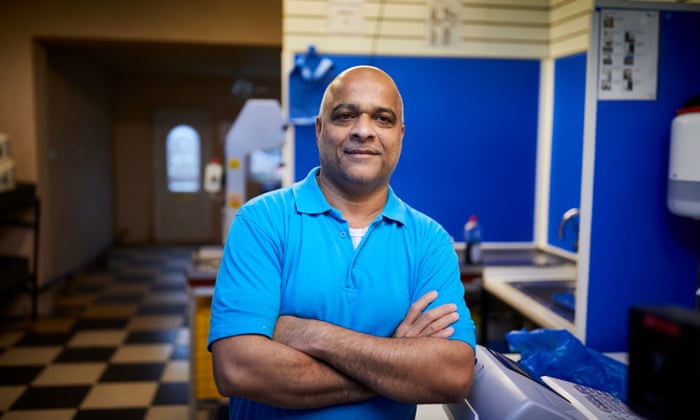 From his fishmongers in the Blackburn suburb of Bastwell, Zohar Mahaldar sees and hears it all. “It’s getting very frustrating,” he said. He can’t quite believe how many people he has to shoo out of the shop for not wearing a mask, despite Blackburn having the highest overall Covid-19 infection rate in the UK.

People don’t want to take responsibility for their own health, he complained. “They say, ‘but it’s written by the almighty!’ They think if it’s Allah’s will, he will protect them. But I say to them: ‘Allah also gave you a brain’.” It’s suicide not taking Covid seriously, he said: “And suicide is haram in our religion. It is not allowed.”

On Monday, one of Mahaldar’s neighbours died from Covid-19. In November, he himself contracted Covid – a dangerous proposition for a man who had five heart attacks in 2018. He was fine after three days but his wife and teenage daughter suffered longer: “I still hear people saying it’s just flu, but I know that’s not true.”

One in 10 people in Bastwell have so far tested positive for coronavirus during the pandemic, more than anywhere else in Blackburn. Despite a mammoth local testing effort, cases in this tightly packed neighbourhood continue to cause concern. Last week there were 32 cases, the equivalent of 427 per 100,000 people, almost three times the English national average.

Several factors may explain the statistics. The last census, in 2011, found 30.9% of people over 65 in Bastwell had bad or very bad health, twice the English average. Overcrowding is a big problem, with many small terraces housing three or four generations and 18% of residents saying they had too few bedrooms, more than three times the English average.

Deprivation is not necessarily a key driver: seven other areas in Blackburn rank higher on the index of multiple deprivation. What marks Bastwell out is ethnicity, with 85.7% residents coming from black, Asian and minority ethnic (BAME) backgrounds in 2011 – mostly people of Pakistani and Indian heritage – a figure only likely to have increased in the intervening decade.

Blackburn with Darwen has seen the highest Covid-19 infection rate of any local authority in the UK this year, but cases are not spread equally across this hilly pocket of post-industrial Lancashire. In some communities – the whitest, wealthiest ones – there have been a quarter of the infections seen in Bastwell, proving that while Covid-19 can hit both prime ministers and paupers, it is not a great leveller.

The village of Tockholes is only five miles from Bastwell but might as well be on another planet. Sitting high on the West Pennine moors, it is the sort of place where houses have names instead of numbers and residents stop to give interviews from their horses. Ninety-eight per cent of residents are white, compared with 14% in Bastwell, and the average salary is £38,700, compared with £27,300 in Bastwell. 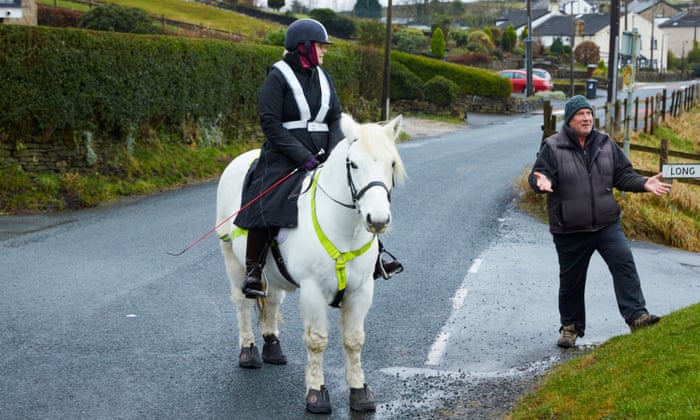 On Thursday afternoon Louisa Lord, who owns Tockholes stables as well as working as a pharmaceutical dispenser, was taking 22-year-old Hector, a handsome Highland pony, for a trot. She was unsurprised to hear that her village had the lowest infection rates in Blackburn, with the equivalent of three in every 100 residents testing positive.

“It’s much easier to isolate up here and keep your distance,” she said. “We are very lucky.” Dave Watson, a retired teacher out for a walk, agreed. Did they think Tockholes folk were more careful or just luckier to have more space? Bit of both, they thought. “When you go down to Blackburn and see people not wearing masks and not bothering to sanitise or meeting in groups it does upset me because we are doing our bit,” said Lord. But she didn’t think Tockholes should be treated differently or released from tier 3 ahead of Bastwell. “We’re in it together,” she said.

Mohammed Khan, Blackburn’s Labour council leader, blames 10 years of austerity for increasing “structural inequalities” in Blackburn. But he accepts that in South Asian-majority communities, such as Bastwell, high Covid rates “can be attributed more to cultural reasons than those of poverty – if one person gets infected in a multigenerational household, all the household members are getting infected. We also have a lot of people from these communities working on the frontline in health and social care, domiciliary care as well as in professions such as taxi drivers.”

Back over in Bastwell, Hanna Malluk, a nail technician, was handing out flyers for her new beauty business. She has had Covid, along with her husband and four young daughters. Some employers in Blackburn aren’t taking the virus seriously enough, she said: “They let the rules slip.” She knows people who have been pressurised to go to work in factories when they had symptoms and they complied, unable to afford to self-isolate. “It’s not just employers, it’s employees who need to stand up for themselves and do the right thing,” she said. 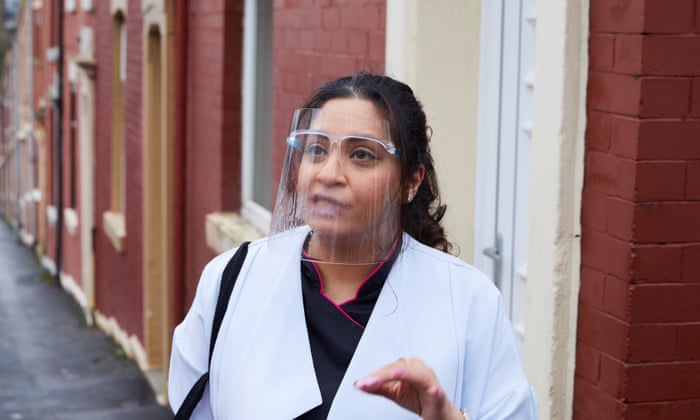 At the Madina Masjid mosque on Oak Street, a spokesman insisted his congregation had always followed social distancing rules. A one-way system is in operation, handshakes have been forbidden, along with embracing before and after prayers, and madrassa after-school classes have moved online. “The mosque imam always delivers sermons with a mask on and frequently reinforces [the message to] the congregations to avoid slacking in all government-advised precautions,” he said.

Many local people have made big sacrifices to keep themselves and others safe. Khadim Hussain’s wife died four months ago and he now lives alone, never leaving the house other than to cross the road to his shed, where he was painting a new banister on Thursday. His daughter leaves shopping at his doorstep and he has not hugged his 14-year-old granddaughter for many months. “My granddaughter is my heartbeat. I would so love to hug her, I always say, ‘when I see you, my body fills with two pints of blood.’ But I am scared.”

He suggested young people were flouting the rules, meeting in large groups: “There’s this total disregard. They must have parents, grandparents. My wife recently passed on and when I went to her grave there were a lot of new graves in the Muslim sector.”

Yet in many parts of Bastwell a sense of fatalism remains. Sitting behind the counter in his corner shop, Asid Bage talked of the importance in the Asian community of seeing family, believing many people were still seeing relatives from other households. He had been worried about catching Covid at the beginning of the pandemic. Now, though: “I leave it for god. It’s my livelihood. I can’t afford to close.”