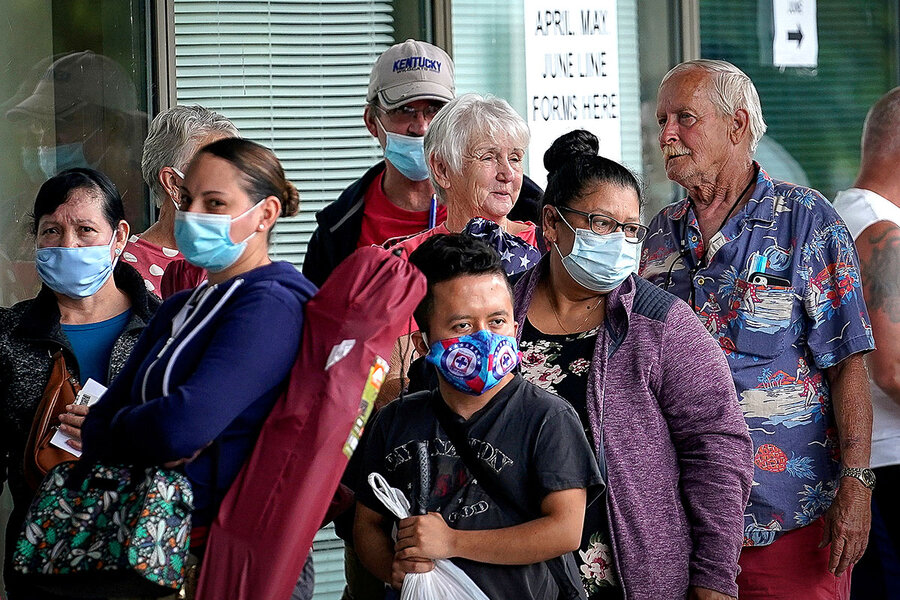 It won’t be easy. The emergency stimulus passed in the spring has helped the economy avoid a deeper and more prolonged recession, but determining how much more stimulus is still needed depends on how one views the recovery. By some income measures, it had mostly rebounded by this fall. Measured by unemployment, there’s still a long way to go – and the recovery is slowing. In November, the economy added only about 245,000 new jobs, the smallest total in five months of steadily declining employment gains. The U.S. still has 9.8 million fewer jobs than it did before the pandemic hit in March.

If Congress fails to act, specific stimulus programs that provided some 12 million Americans unemployment benefits and up to 87 million workers access to paid leave for pandemic-related health issues will expire this month.

Then there’s the pandemic itself, which induced the slowdown in the first place. Until it’s brought under control, the prospects of a full economic recovery are nil.

“There’s a great deal of uncertainty,” says Lee Branstetter, professor of economics and public policy at Carnegie Mellon University in Pittsburgh. But “at the moment, the federal government can borrow at an inflation-adjusted rate of zero, even less.” So, he adds, “the balance of risks seems to clearly be in the direction of doing too little now,” while taking ambitious action carries relatively low costs.

Some kind of stimulus is likely to pass this year. House Speaker Nancy Pelosi is negotiating with Senate Majority Leader Mitch McConnell over a $908 billion plan put together by a bipartisan group of senators.

Even should that fail, Congress must pass a massive spending bill this month to avoid a government shutdown, says Bill Hoagland, longtime Republican staff director of the Senate Budget Committee and now senior vice president of the Bipartisan Policy Center in Washington. Thus, while it might not be called a stimulus, the new spending bill would include some kind of extension on federal unemployment insurance, employment insurance, and some short term assistance to small businesses, he predicts.

Whatever Democrats get during the lame-duck session, they will see it as a down payment for a more ambitious stimulus early next year, Mr. Hoagland adds.

“Congress and President Trump must get a deal done for the American people,” President-elect Biden said Friday. “But any package passed in the lame-duck session is not enough. … Congress will need to act again in January.”

Mr. Biden is proposing not only to get the economy back on track but, as he puts it, to “build back better.” He wants to spend $7.3 trillion in new funds over 10 years to improve the nation’s roads, bridges, and other infrastructure; boost research and development in manufacturing; address climate change by encouraging sustainable energy; eliminate loopholes in “buy American” rules for government contracts; and help the working class through a variety of programs from making community college free to universal preschool, affordable child care, and aid for renting and buying homes.

“We are once again living through one of the worst job crises since the Great Depression,” said Cecilia Rouse, the nominee for chair of the Council of Economic Advisers (CEA), last week when Mr. Biden introduced his economic team in Wilmington, Delaware. “Structural inequities that have always existed in the economy are being exacerbated like never before. This is a moment of urgency and opportunity unlike any we’ve faced in modern times.”

Ms. Rouse, an economist and currently a dean at Princeton University, would be the first Black person to head the CEA if the Senate confirms her.

Mr. Biden’s picks for his economic team reflect a focus not only on diversity but also on less-advantaged Americans. “The people he’s putting in place shows this is going to be a workers focused administration,” said Tom Conway, president of United Steelworkers labor union, in a recent online event sponsored by the Alliance for American Manufacturing.

Those picks include Janet Yellen for Treasury secretary. Ms. Yellen is widely respected for her former stints as head of the Federal Reserve and as chair of the White House Council of Economic Advisers. His choice of Jared Bernstein and Heather Boushey for his CEA team pleases liberals. His pick of Brian Deese for top economic adviser pleases Wall Street. Mr. Deese is global head of sustainable investing at asset manager BlackRock.

Is debt a worry or not?

The president-elect’s grand plans may be helped by an evolution in economic thinking. Where a dozen years ago, in the teeth of the Great Recession, stimulus plans were constrained by broad concerns that deficits would get too high, many economists appear less concerned today, even though the federal debt has soared since then. One reason is that the high inflation that was supposed to rage after rising government borrowing a decade ago never happened. Interest rates declined, instead, for reasons economists admit they don’t fully understand.

“A period of extraordinarily low interest that can be locked in for 10 to 30 years provides an unprecedented opportunity to address profound and longstanding investment deficits,” Lawrence Summers, former Treasury secretary under President Bill Clinton, said at a recent online event at the left-leaning Brookings Institution. “Failing to take advantage of that opportunity is putting our children at risk and is putting our long term fiscal position at risk by weakening our potential for inclusive growth.”

But in the long run, the federal debt numbers are scary, many economists say. In 2009, just as the Obama administration got underway, federal debt totaled less than half of one year’s economic output. Now, at about 100% of gross domestic product, the debt load has effectively doubled. That’s one reason many Republicans are urging restraint on the stimulus in the short term and are skeptical of Mr. Biden’s plans for the long term.

“The big plans aren’t going to happen, but I do think that there might be some areas of cooperation,” says Mr. Bixby of the nonpartisan Concord Coalition.

One of the biggest areas of common ground is infrastructure investment. Senators and representatives on both sides of the aisle want to fix roads and bridges. By taking an expanded view of infrastructure, the Biden administration might convince Congress to bolster the public health system, improve broadband access for underserved areas, and diversify the electrical grid with added solar and wind power, say analysts on both sides of the aisle.

Other economic priorities, such as raising taxes on corporations and individuals making more than $400,000 a year, look far less likely to get through Congress.

“It will be difficult to pass many of the programs that the more progressive wing of the Democratic Party would like,” Michael Strain, director of economic policy studies at the right-leaning American Enterprise Institute in Washington, said at Brookings’ online event. “But I would expect that by the time we are talking about the 2024 election, we’ll look back and see one or two significant legislative accomplishments.”

Coronavirus has an optics issue

Congress closes in on compromise for COVID-19 relief