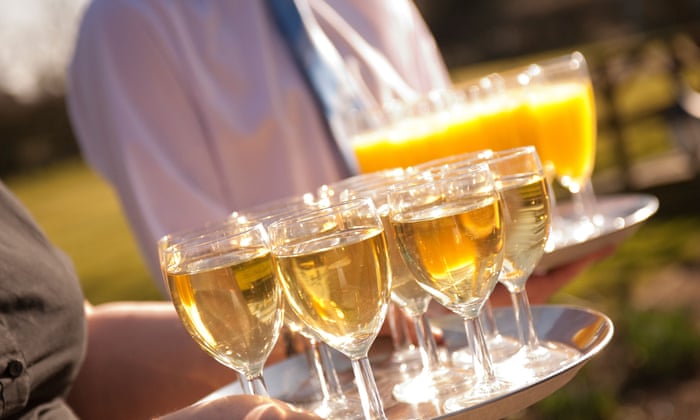 Pubs and restaurants in England have said they are powerless to prevent people from different households breaking Covid-19 rules in tier 2 areas by mixing at birthday parties or Christmas dinners, amid high-profile rule breaches by celebrities.

Singer Rita Ora and Sky newsreader Kay Burley have both come under fire for flouting coronavirus protocols at parties that involved a restaurant meal.

Hospitality venues said they were asking guests if they are from the same household – either via online booking systems or at the door – but admitted they have no way to be sure people are telling the truth.

Jay Mistry, who runs the Avocado Garden restaurant in Blackheath, south-east London, said customers were made aware of the rules but that she could not be expected to challenge customers.

“We’re not here to police them, we’re here to serve them,” she said.

“We’ve done everything we can to keep people safe. I can see two tables right now that might not be from the same household. Do I go up to them and say they have to leave? We’ve got a business to run and we’ve been closed for so long.”

Hospitality sales have been devastated by coronavirus restrictions and are now braced to miss out on the usual uplift in sales over the lucrative Christmas period.

UK Hospitality, the trade body representing more than 90,000 bars, cafes, restaurants and hotels, said venues were not obliged to go further than making customers aware of the rules and asking if they are following them.

“The guidance is quite clear, the primary legal responsibility rests with the customer,” said the body’s chief executive, Kate Nicholls.

“It’s extremely difficult to be able to tell in certain circumstances.”

“At some point you have to accept what the customer is telling you or decide you’re not comfortable letting them into the premises. That’s a very fine line to navigate.”

Liz Hind, who runs the Old Millwrights Arms pub in Aylesbury, Buckinghamshire, said: “We had a group of young lads come in on the first night [after lockdown].”

“They were asked if they’re from the same house and said yes. We have no way of checking.”

She pointed out that the rules were complicated by the existence of support bubbles meant to make life easier for people with children, those caring for someone with a disability, or people living alone.

“It effectively means that we have no way of checking because getting them to show us an address doesn’t prove anything,” she said.

The British Beer & Pub Association has told members that it is ultimately up to the customer to follow the rules.

“Venues do not legally have to check identification or other documentation to determine whether the household group is following the rules,” the BBPA told publicans.

Dave Law, who runs the Eagle Ale House in Battersea, south-west London, said the pub had been unable to reopen because alcohol can only be served with a “substantial meal” and the pub does not have a kitchen.

But he said landlords did not want to be cast in the role of interrogator.

“We are hospitality to the bone, not berating customers to eat when they don’t want to or to call them liars,” he said.

China and Nepal agree on height increase for Mount Everest