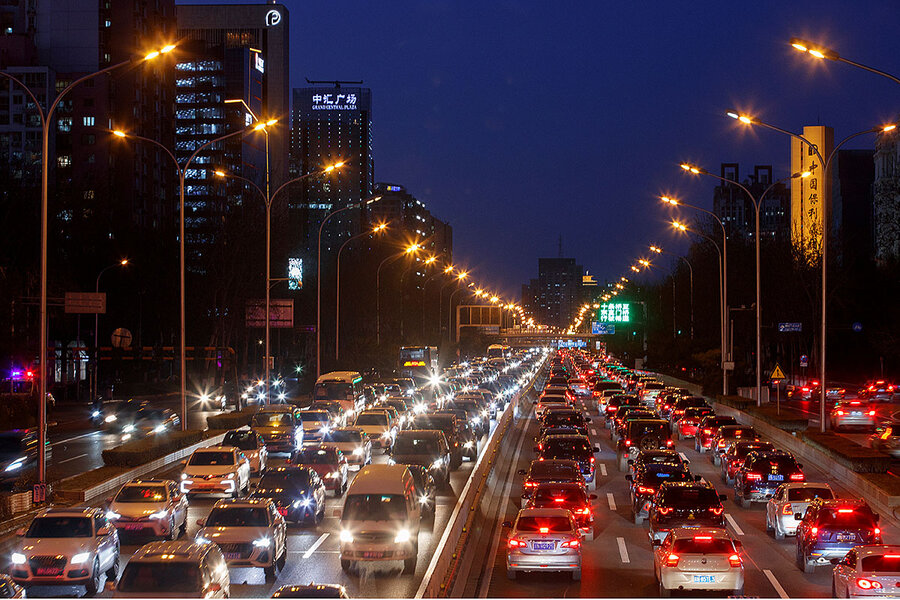 Still, the effort faces significant challenges: pressure on leaders to boost China’s economic growth; ongoing reliance upon coal, the most carbon-intensive fossil fuel; and the lack of public pressure at home for tackling climate change.

How does Beijing plan to reach the goal?

Beijing has set an interim goal of reaching peak carbon emissions before 2030, followed by more aggressive measures to hit the 2060 target. Its strategy includes encouraging private investment in climate-friendly projects, reducing car emissions, and promoting electric vehicles. According to a recent government blueprint, by 2035 most of the country’s new cars will be either hybrids or new-energy vehicles.

“By 2025, China will be close to achieving peak emissions as a result of more ambitious actions to bolster renewables, pivot toward market mechanisms, and enhanced energy efficiency measures,” according to an analysis by MacroPolo, the think tank of the Paulson Institute in Chicago.

What are the main challenges?

One major obstacle is China’s longstanding reliance on coal power. Coal accounted for more than 57% of China’s energy use in 2019, and the country continues to operate and construct coal mines and build new coal-fired plants. “They actually issued more construction permits to coal-fired plants in the first half of this year than in [all of] 2018 and 2019 respectively,” says Dr. Huang. China’s carbon emissions increased in 2019 for the third year in a row.

Political will poses another long-term challenge, Dr. Huang says. Although there is broad public support in China for controlling air pollution, Beijing lacks the kind of grassroots pressure to curb global warming that exists in Western democracies. While China’s authoritarian leaders have the final say, their agenda can shift because “their legitimacy is primarily dependent on their ability to deliver robust economic growth,” he says. It is “very difficult for them to transcend the dilemma between economic growth and environmental protection.”