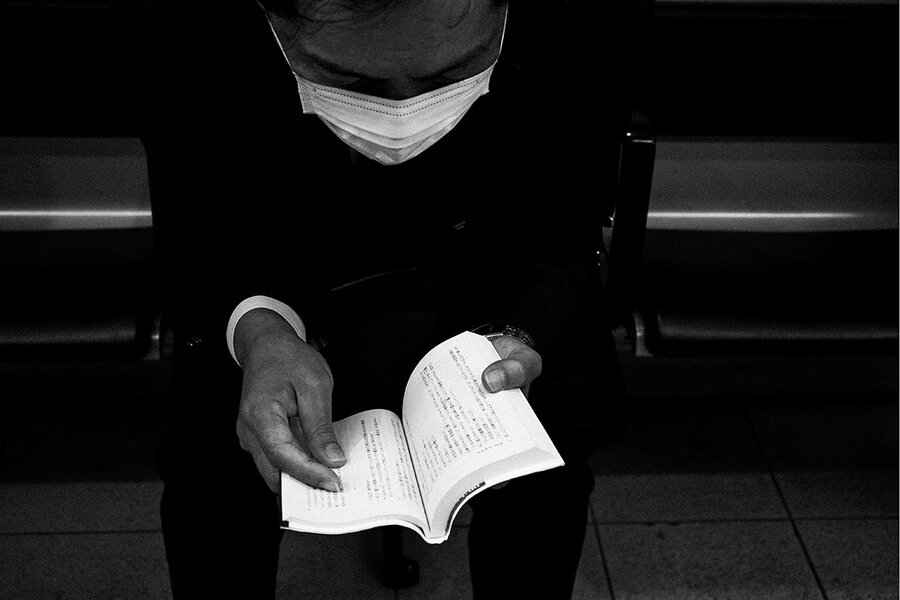 Our book club of two formed organically years ago when I saw a bookish, 40-something man sitting across from me in jury duty in Concord, Massachusetts, reading “My ’Dam Life,” an obscure memoir by Australian humorist Sean Condon about his experience living in Amsterdam.

When I moved to chat with this fellow bookworm, we were ordered to watch a video on the justice system and foiled again when we filed into the courtroom to hear a case. Jury duty, often an opportunity for a solid reading session, can also call you away at inopportune times. We parted that day without speaking.

A month later, I was standing on a Boston subway platform and saw Jury Duty Guy across from me reading one of my favorite books, “Mountains Beyond Mountains.” Again, I was impressed: more quality nonfiction and a commitment to social justice, or at least to the strong writing of Tracy Kidder. With that, our unspoken book club was born.

I saw Jury Duty Guy at that same spot for years, always around 5:15 p.m. and always with a book. As we waited for the train to Alewife, I’d steal glimpses of the cover to see if it was another quality book with a curious title or meaningful story – to make sure he was still in the club.

I took his book of the week as a tacit recommendation, and it wouldn’t be long until I stood across from him reading the same book. When I saw him with “A Little Life” by Hanya Yanagihara, I knew it was a gem. No commuter would carry that tome unless it was unputdownable. A double endorsement: He’d take it out of his beat-up satchel to read despite the flashing LCD sign indicating that the train would arrive in three minutes, time enough to enjoy only a few paragraphs.

At times, he’d have that summer’s bestseller – one year it was “The Girl With the Dragon Tattoo” by Stieg Larsson – and I’d wonder why he was reading such a pedestrian book. We’d connected in spirit, at least in my mind, because of our niche reading tastes. This was a betrayal! Put down that mainstream drivel, I wanted to yell, and pick up that new novel about a button collector or the antelope that reads people’s minds.

It wasn’t his fault. He didn’t know we were in a book club.

One day I spotted him reading “Nice Big American Baby” by Judy Budnitz, a quirky short story collection I’d read a few months earlier. We were back together! But had he gotten that title from me? Did he know about our book club?

I may never know. I moved, my commute changed, our book club dissolved.

I still worked in the city, though, and he did, too. I saw him one day at a taco spot downtown. I was flustered. I wanted to catch up as if we were old friends, and I really wanted to know what he was reading. The line was long; there was time. But when he finally sat down at the counter, he’d already cracked a hardcover, and I didn’t want to interrupt him. Book club was in session.