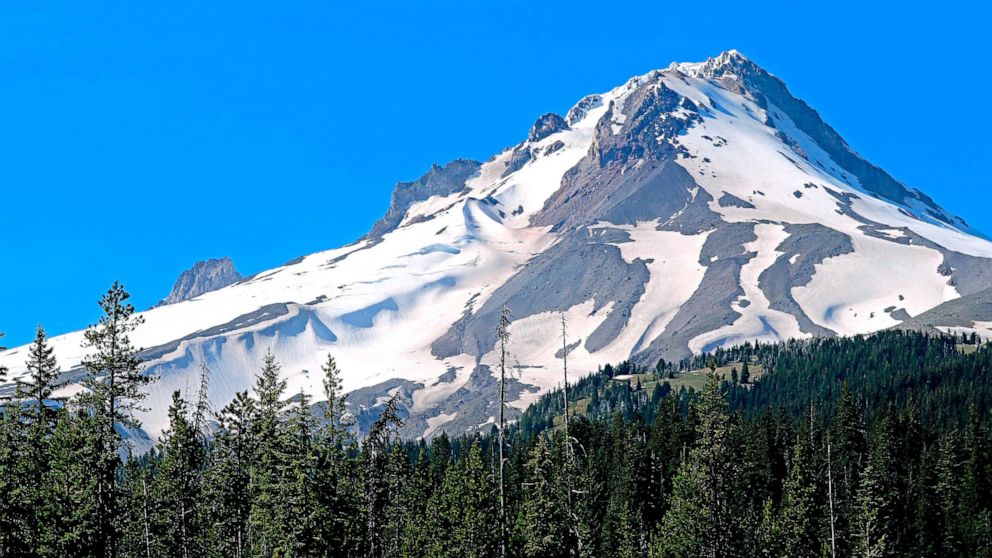 A woman who fell into the vent of a volcano while skiing described how she was able to survive the potentially life-threatening accident.

Portland resident Caroline Sundbaum, 35, was skiing with her husband Friday on Oregon’s Mount Hood, an active volcano, when she plunged into a snow-covered fumarole — a vent in the side of a volcano that emits steam and gases, similar to a geyser.

“The sensation was like someone pulling a chair out from underneath you,” she said on “Good Morning America” Monday.

A quick-thinking bystander who saw Sundbaum fall rushed to help, she said. Equipped with a rope, the good Samaritan secured himself to it and hoisted her out of the hole.

“I was terrified — very concerned that the snow was gonna fall on me and suffocate me,” Sundbaum said of waiting to be rescued.

A frequent skier, Sundbaum had water and was wearing traction devices on her feet as well as a helmet.

Fumaroles are difficult to track and can show up unexpectedly, according to experts. While they are especially tough to spot when underneath snow, they can give off a smell similar to rotten eggs.

Sundbaum is fortunate she was pulled out quickly, because the air inside fumaroles can be toxic, according to local authorities.