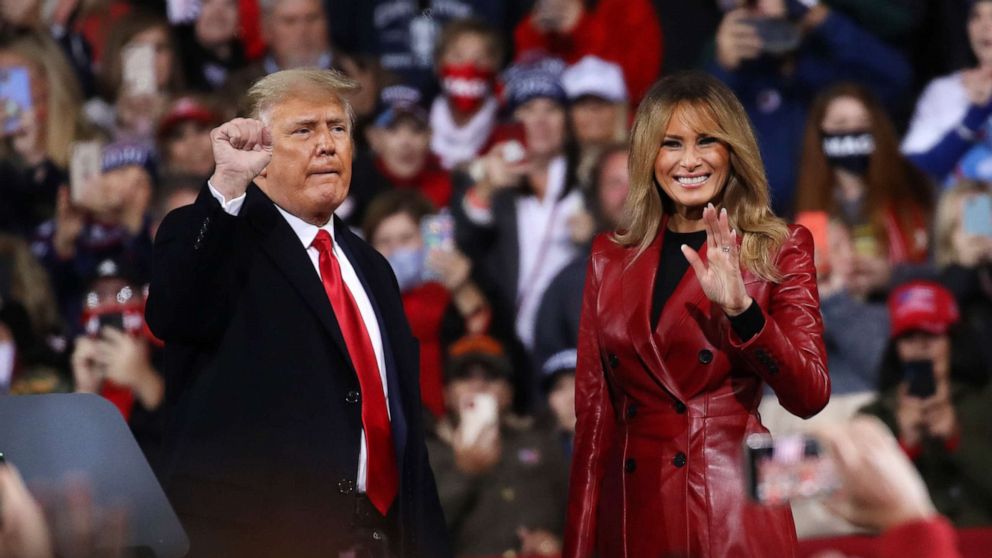 From the technical standpoint of a transition of power, the public opinion of congressional Republicans about whether President-elect Joe Biden will take office Jan. 20 matters almost not at all.

From the broader standpoint of democracy and faith in elections, it could not hardly matter more at this moment.

The process that so many Republicans have been saying they want to play out is rather thoroughly exhausted already. The next seven days bring significant deadlines, with Tuesday’s congressional “safe harbor” deadline for state election results and next Monday’s Electoral College voting the most significant.

His tweets and the 101 minutes President Donald Trump spent airing grievances and falsehoods in Georgia Saturday night made clear he will pursue his dangerous fictions right through the end of his presidency. The good of the Republican Party — and, of course, the good of the country — are, at best, secondary considerations for the president at this point.

Some Republicans are trying to reframe questions about Biden’s legitimacy as president-elect as though they are merely asking questions. Their suggestion is that democracy is threatened if people believe election irregularities have been ignored.

But far from being brushed aside, Trump’s claims have been rejected in courthouses and state houses — including by Republicans who have found themselves targeted by the president.

Ignoring that fact only sows more doubt in election integrity and legitimacy. And continuing to give Trump space to make wildly inaccurate and irresponsible claims will only solidify his hold on a party whose best interests have already begun to diverge from the president’s.

President-elect Joe Biden is expected to announce California Attorney General Xavier Becerra as his pick to run the Department of Health and Human Services, ABC News confirmed Sunday night. It will arguably be the most important cabinet position next year as the incoming administration looks to guide the country out of the COVID-19 pandemic.

Assuming the new vaccine is approved by the U.S. Food and Drug Administration this year, the next HHS secretary will face the huge challenge of working with state and local governments, private businesses and hospitals nationwide to distribute the vaccine in a fair and timely manner.

In choosing Becerra, Biden could put extra scrutiny on California’s response to the pandemic. Once seen as a bright spot, the country’s largest state has recently faced over-crowded hospitals and a heartbreaking explosion of new cases. State officials have struggled to implement new restrictions in the last few weeks.

With his criminal justice background, Becerra had been thought to be a possible contender for attorney general in the Biden administration as well as on the shortlist as a potential pick to replace Vice President-elect Kamala Harris in the Senate.

Over the weekend, Trump doubled down on spreading misinformation about Georgia’s election, and again called on Republican state officials to intervene. But on Sunday, those officials rebuffed the president’s demands, delivering more blows to his attempts to contest the election before Secretary of State Brad Raffensperger re-certifies its outcome Monday — and before the “safe harbor” deadline Tuesday.

The Washington Post reported Saturday that the president phoned Gov. Brian Kemp to urge him to call a special session of the General Assembly and try to convince its members to override the will of the voters and appoint new electors who would support Trump over Biden. While a spokesman for Kemp confirmed to ABC News the call took place, he would not confirm this was a topic of conversation.

But in a tweet Sunday, Trump publicly called on Kemp to call a special session. Not even an hour and a half later, Kemp and Lt. Gov. Geoff Duncan — both Republicans — issued a statement shooting down the possibility of the state legislature appointing new electors, saying it would be “unconstitutional and immediately enjoined by the courts.”

“The judicial system remains the only viable – and quickest – option in disputing the results of the November 3rd election in Georgia,” the statement said.

But the legal route has been overwhelmingly unsuccessful for the president and his allies as court after court has struck down their lawsuits challenging the election’s outcome on the premise of widespread fraud. On ABC’s “This Week” Sunday, Raffensperger affirmed that while over 250 election-related investigations have been opened by his office, the state has “never found systemic fraud — not enough to overturn the election.”