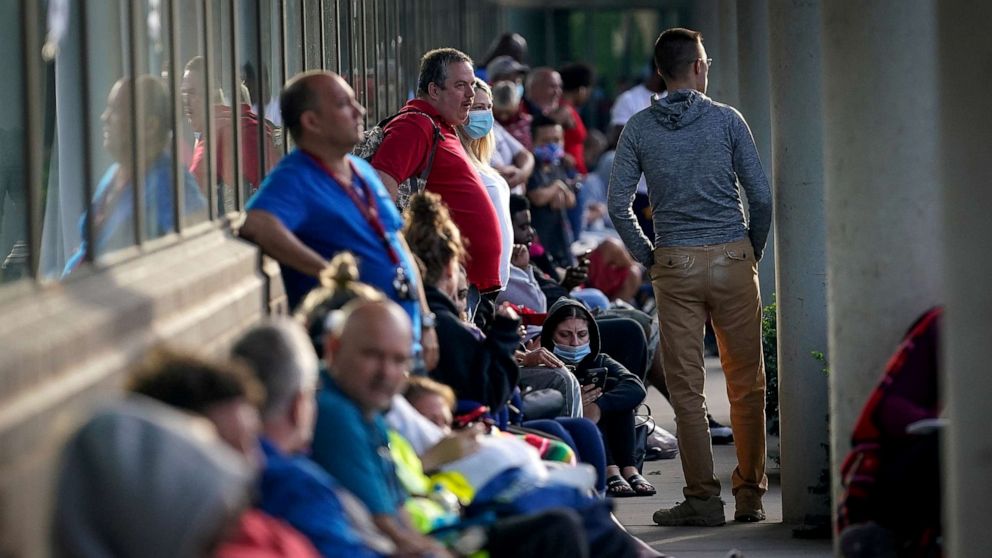 Another 853,000 workers filed for unemployment insurance last week, as the coronavirus pandemic continues to upend the labor market, the U.S. Department of Labor announced on Thursday.

This week’s tally is an uptick of 137,000 compared to last week’s figure, reflecting a concerning new spike.

Thursday’s economic data from the DOL also comes as new virus cases surge across the nation. Health officials said that last week marked the deadliest week for the U.S. since the beginning of the pandemic, with 15,578 deaths.

“This recent surge suggests that claims are not just stagnating; they’re actively worsening,” Daniel Zhao, the senior economist at jobs site Glassdoor said in a commentary Thursday morning on the latest jobless claims figure. “The surge in initial claims is especially concerning when claims are still above levels near the peak of the Great Recession.”

“Last week’s jobs report showed a rapid deceleration in the recovery in November, and surging UI claims only add to the picture of a slowing recovery this winter,” Zhao added. “The worsening economic data raises the specter of a double-dip recession.”

While recent news has hopes high for a vaccine and economic recovery soon, Zhao said this concerning economic data should put new pressure on Congress “to extend additional relief to bridge Americans over the next few months.”

Despite months of negotiations, lawmakers have yet to reach an agreement on further relief or stimulus measures.

The total number of people claiming some form of unemployment benefits through all programs topped 19 million as of the week ending Nov. 21, the DOL also said Thursday. For the comparable week in 2019, that figure was 1.5 million.

States that saw the largest increases in initial unemployment claims for the week ending Nov. 28 were Illinois, Oregon and Colorado. The largest decreases were seen in California, Texas and Michigan, according to the DOL.

Housing supply unlikely to meet demand until 2023 or beyond