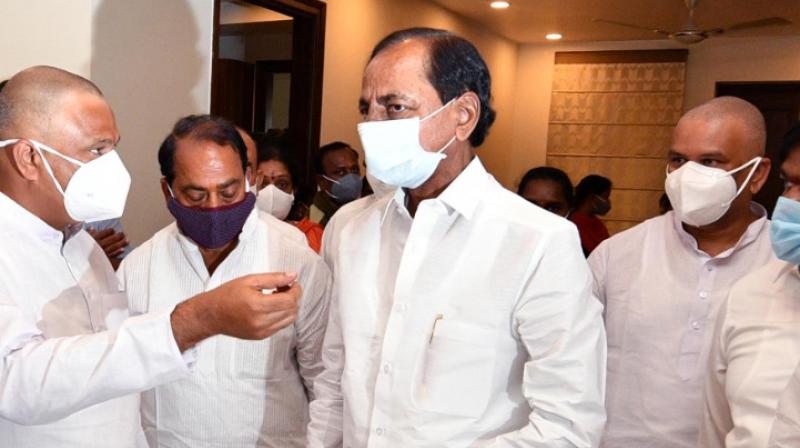 Hyderabad: Stunned by the performance of the BJP in the GHMC elections and the Dubbak bypoll before that, TRS supremo and Chief Minister K. Chandrashekar Rao will go on an extensive tour of the state to gear up his party cadres. Rao is likely to kick-start his state tour with the inauguration of TRS party office building (Telangana Bhavan) in Siddipet on December 10. The party offices in almost all the districts are nearing completion.

Party sources revealed that the Chief Minister is also likely to inaugurate all offices personally in order to interact with party cadres and ascertain their views about the functioning of the TRS. They added that the party boss had already interacted with some senior leaders in the party after the Dubbak and the GHMC results were out.

They opined that there is dissatisfaction among the leaders who were associated with the TRS since its inception of being neglected in the party. As far as the GHMC results were concerned, the CM is said to have decided to interact with key leaders in the city’s party wing to get first-hand information on the party situation, sources added.