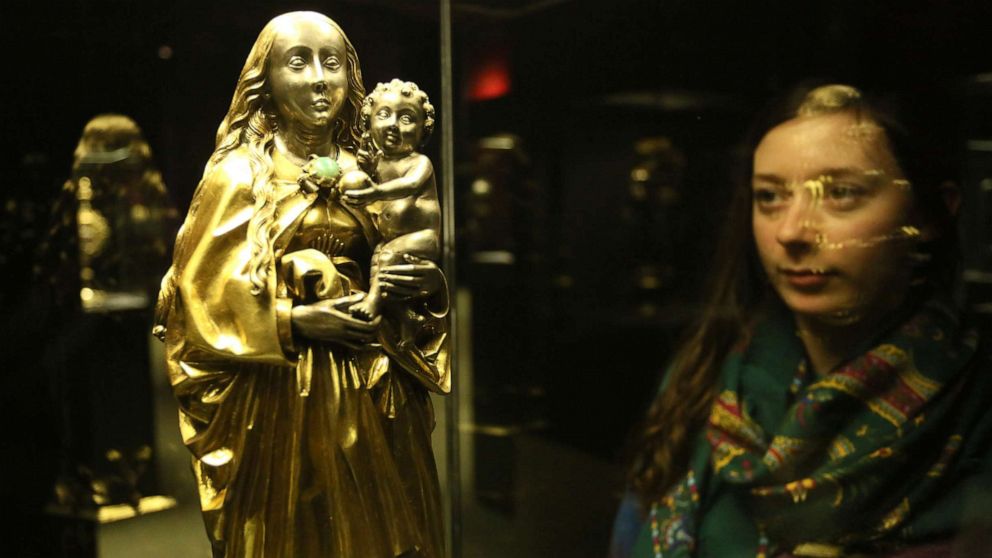 The U.S. Supreme Court on Monday wrestled with whether to allow a group of Holocaust victims and their descendants to sue Germany and Hungary in American courts in a bid to reclaim millions of dollars of property allegedly stolen during World War II, including a collection of art that ended up in the hands of Adolf Hitler.

While federal law gives broad immunity to foreign governments in U.S. courts, there is an exception for cases involving property taken in violation of international law.

Fourteen Jewish survivors of the Hungarian Holocaust sued their government and a state-owned railway in U.S. court in 2010 alleging “systematic” property theft in the 1940s as state officials deported hundreds of thousands of Jews to Nazi death camps.

In a separate case, three heirs of German-Jewish art dealers turned to U.S. courts for help reclaiming a $250 million collection of medieval religious and devotional art, known as the Welfenschatz, which they say was coercively obtained by the Nazis in 1935 and given to Hilter as a “surprise gift.”

Lower courts in both cases affirmed the right of the foreign plaintiffs to pursue their claims even though the alleged crimes happened abroad with limited direct connection to the U.S. and involved sovereign governments.

The Supreme Court in recent years, however, has moved to make it more difficult for foreigners to bring cases in American courts alleging violations of international law.

During oral arguments Monday, the justices focused most of their questions on whether federal judges have discretion to insist such claims first be litigated in the country of the alleged crime — a principle known as “comity.”

“When a complaint alleges that foreign parties harmed other foreign parties in a foreign country, a federal court can decline jurisdiction in favor of a foreign tribunal,” argued attorney Gregory Silbert representing the Republic of Hungary.

“In this case, plaintiffs allege that Hungary took property from Hungarians in Hungary during World War II. The United States long ago settled its claims against Hungary for wartime property confiscation,” Silbert said.

The Hungarian survivors have not yet pursued their claims in Hungarian courts. Heirs of the German art dealers did appeal to a German commission tasked with returning cultural property seized by the Nazis but were denied.

The justices also showed concern for the foreign policy implications of U.S. courts getting involved in foreign disputes. In the case of Hungary, the plaintiffs are asking an American court to award nearly 40% of the country’s entire GDP in damages, according to court documents.

“This is a suit that could essentially bankrupt a foreign nation,” noted Justice Elena Kagan. “So that seems as though it’s screaming severe international friction.”

Attorneys for the plaintiffs in each case implored the justices to allow trials to go forward as a matter of moral imperative.

“Here Hungary took everything the plaintiffs owned, including possessions necessary to survive, such as shelter, clothing and medicine — and the undisputed purpose of Hungary’s takings was to bring about the physical destruction of Jews in Hungary,” said attorney Sarah Harrington representing the Hungarian Holocaust survivors. “This is genocide and it is hard to imagine a more vivid example of property takings that themselves violate international law.”

“If that logic did not apply to Nazi-forced sales from Jews, when would it apply?” O’Donnell told the justices. “Petitioner Germany also committed genocide, which is itself a violation of international law. The Nazi government set out explicitly to destroy the German Jewish people by taking their property. And Congress has specifically identified the Nazi’s looting of art from the Jewish people as genocidal. This is not a new kind of human rights case. It’s a property rights case.”

The court is expected to hand down its decision by the end of June.