Greetings to all fans of homemade products and site visitors. In the article below, I will tell you how to make an original baby rocking chair, maybe someone will find this idea useful on the eve of Christmas and New Year's holidays. And what is not a gift to your beloved son, daughter, nephew or grandson. By the way, the author of this project, an inveterate fan of “Star Wars”, made it as a gift to his son, for his first birthday. According to the author, the design is not quite similar to the original character of the well-known movie, but the main thing is that it works and the kid really liked it. And so let's get started!

* MDF sheet 18 mm thick (you can use other wood, it all depends on your preferences),
* wood glue,
* self-tapping screws,
* dowels,
* pine board and timber,
* paint,
* varnish on wood.

Before starting manufacturing, most joinery enthusiasts first prepare a drawing or sketch of parts. The author did the same. He developed a project on a computer. Then on it all the details of the structure. Then he printed the sketch so that it was done at a 1: 1 scale. 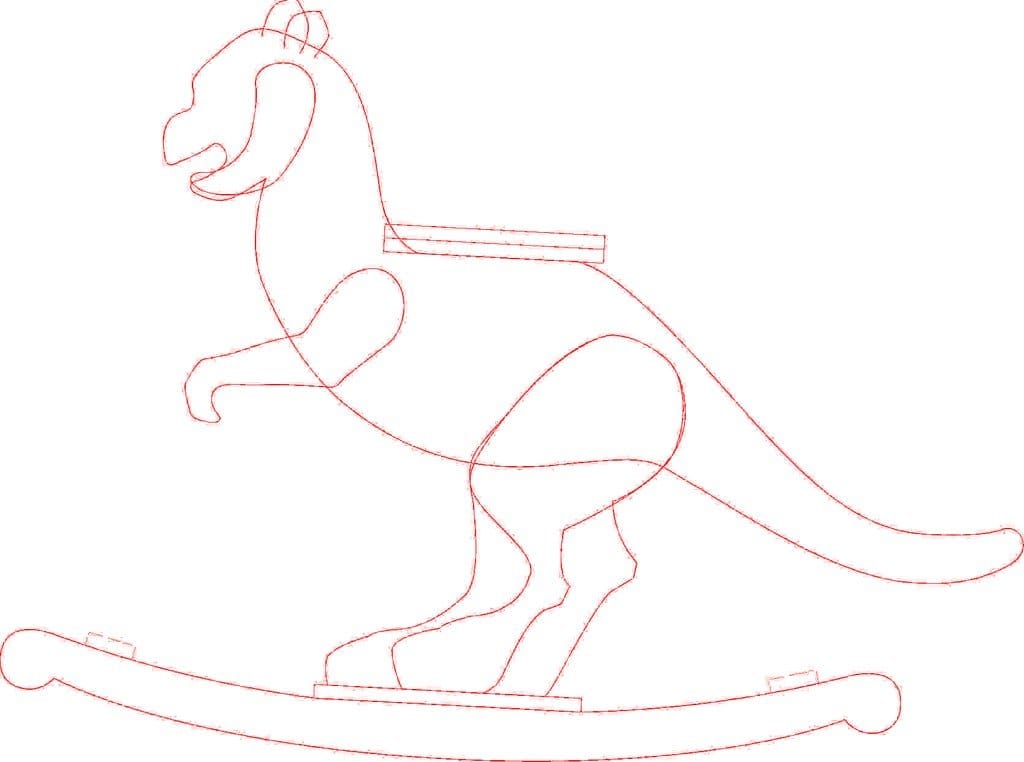 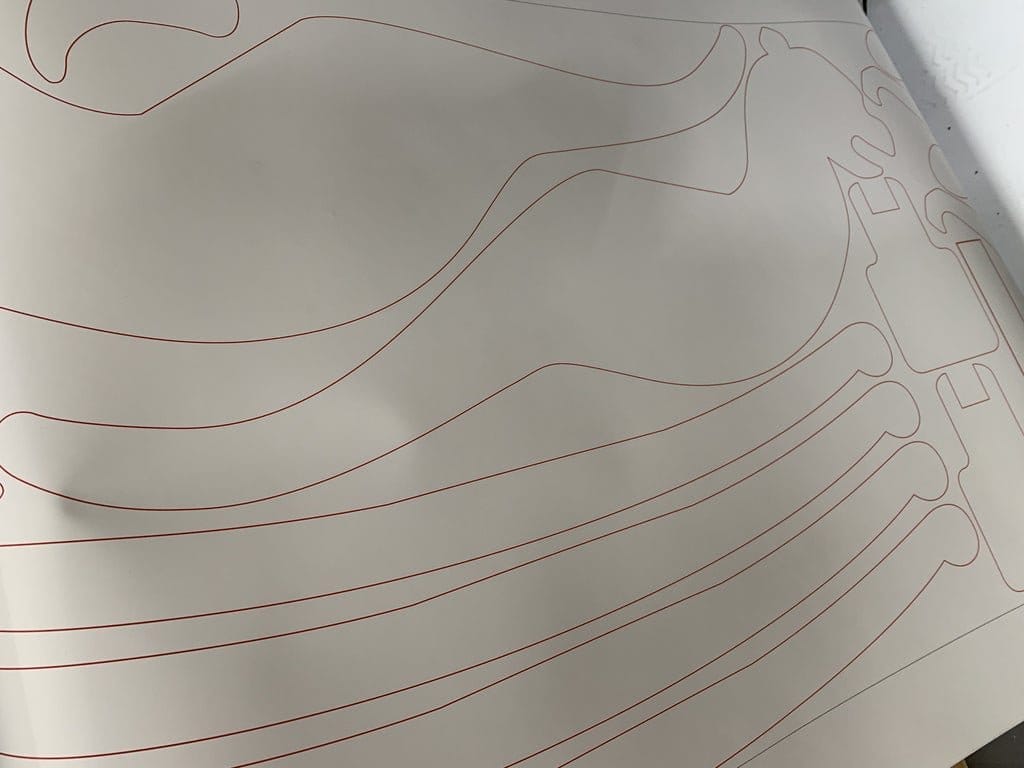 Now you can start cutting. The author decided to start with the torso and legs. The author cut out a paper template of the body, laid it on an already prepared sheet, and circled it with a marker. I cut out the part with a jigsaw. Then, using it as a template, I cut out another one. Initially, the author thought that two parts would be enough, but putting them together, I realized that this was not correct, so I cut out another one. Then the author cut out the legs, also using a paper template. Everything was according to the same scheme, applied, circled with a marker, drank. But there is one “But” here, the legs are slightly different, so there were two templates. In total, the author cut out two parts for each leg. The last photo, a photo for a seed, so to speak, so that you can see what will happen next. 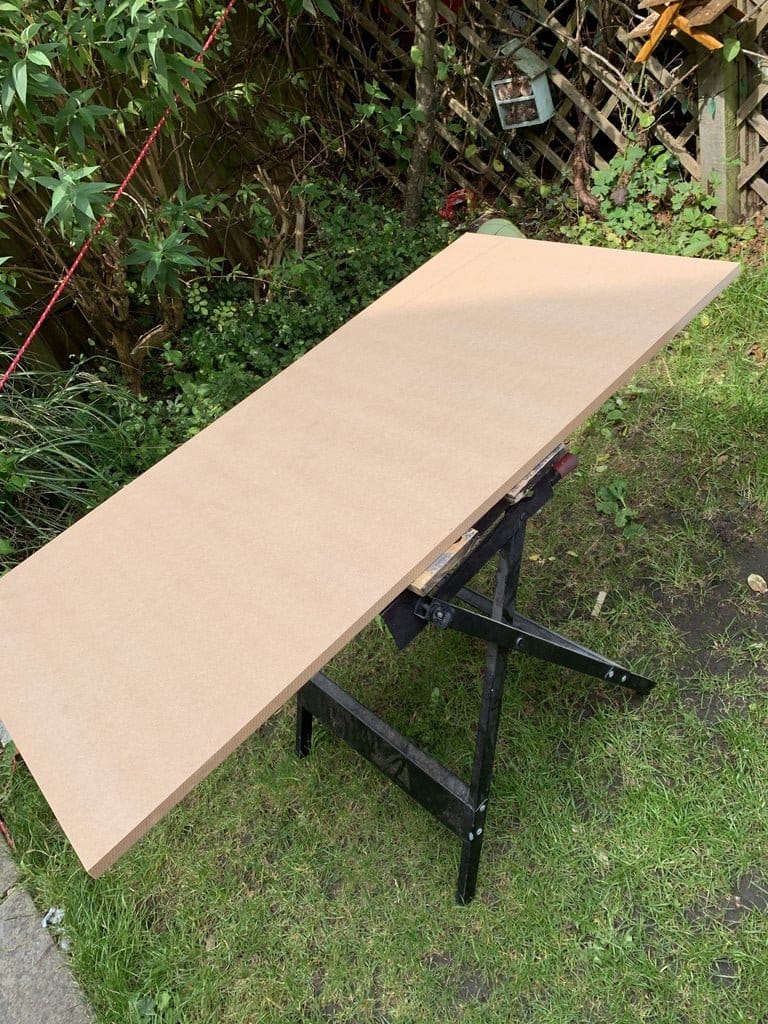 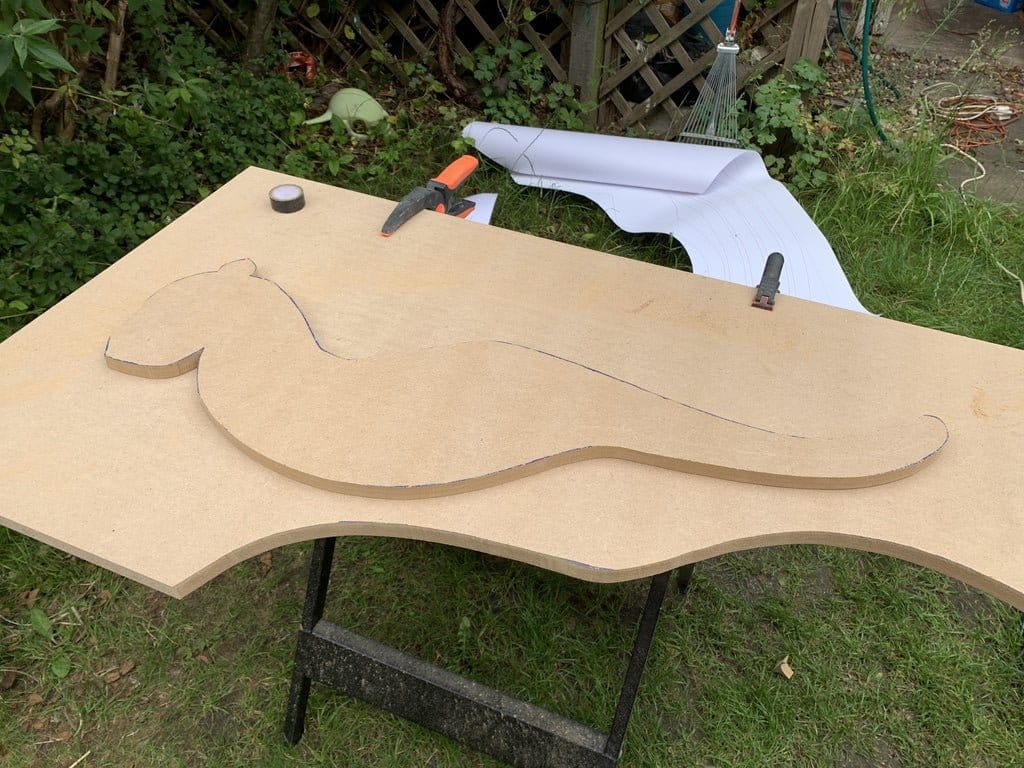 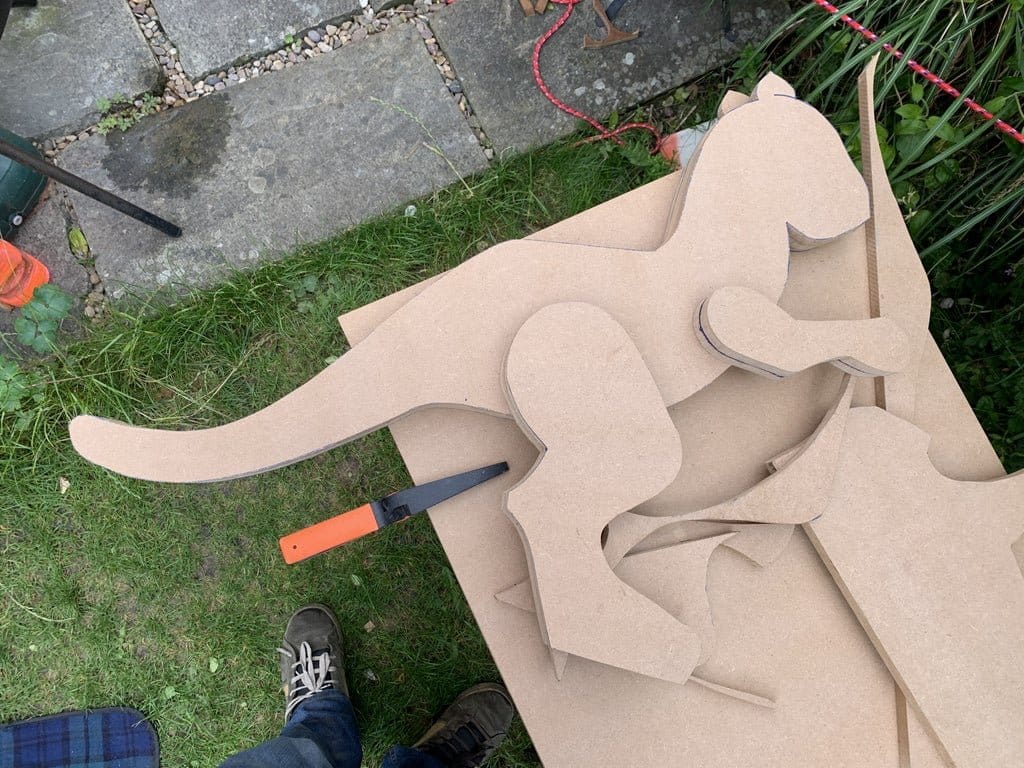 At this stage, the author glued together the parts of the body, three blanks, and legs, each of two blanks. The author fixed each part of the body with clamps and additionally, for greater rigidity, tightened with screws. After the glue has dried well, the author sanded the edges of all the finished parts. 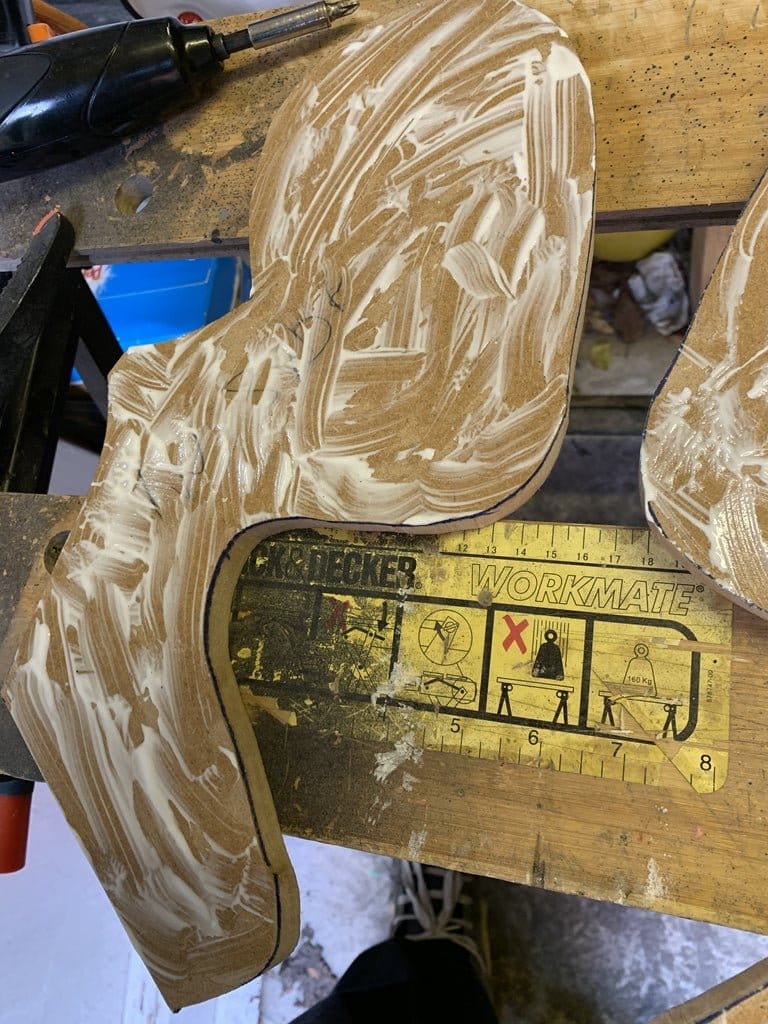 The next thing the author did was to connect the body to the legs. For this, the author drilled two through holes in the body with a feather drill. Then, alternately applying each leg in the desired position to the body, through the holes in it, I made the outline on the legs. The author drilled blind holes in them, approximately to the middle. For assembly, I carved two wooden dowels of the required diameter and length (the sum of the depths of the holes in the legs and the thickness of the body). I inserted the dowels into the holes in the body and fixed them with glue. Then I strung legs on the dowels, the holes of which I also missed with glue, For reliability, I added screws to the connection. 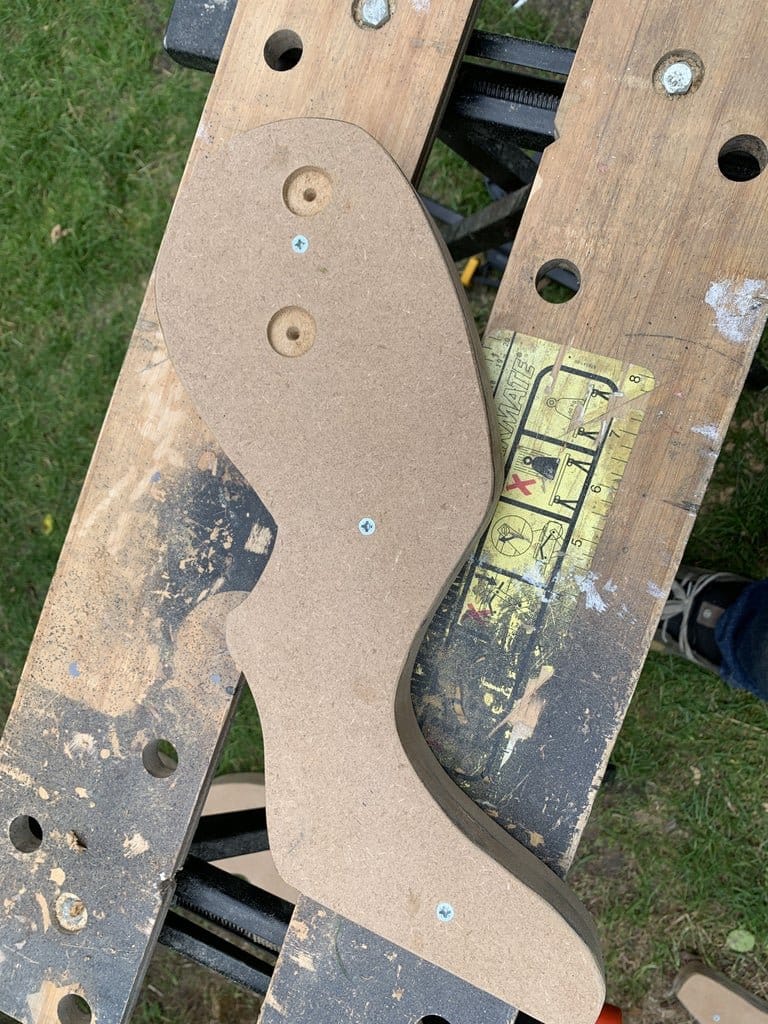 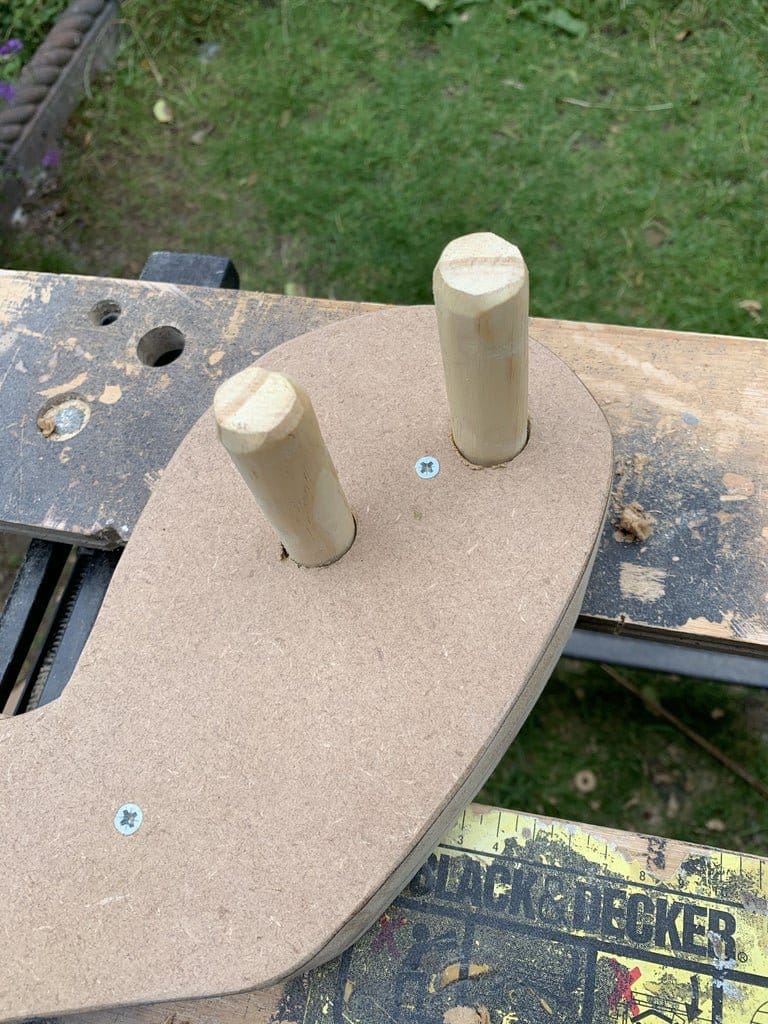 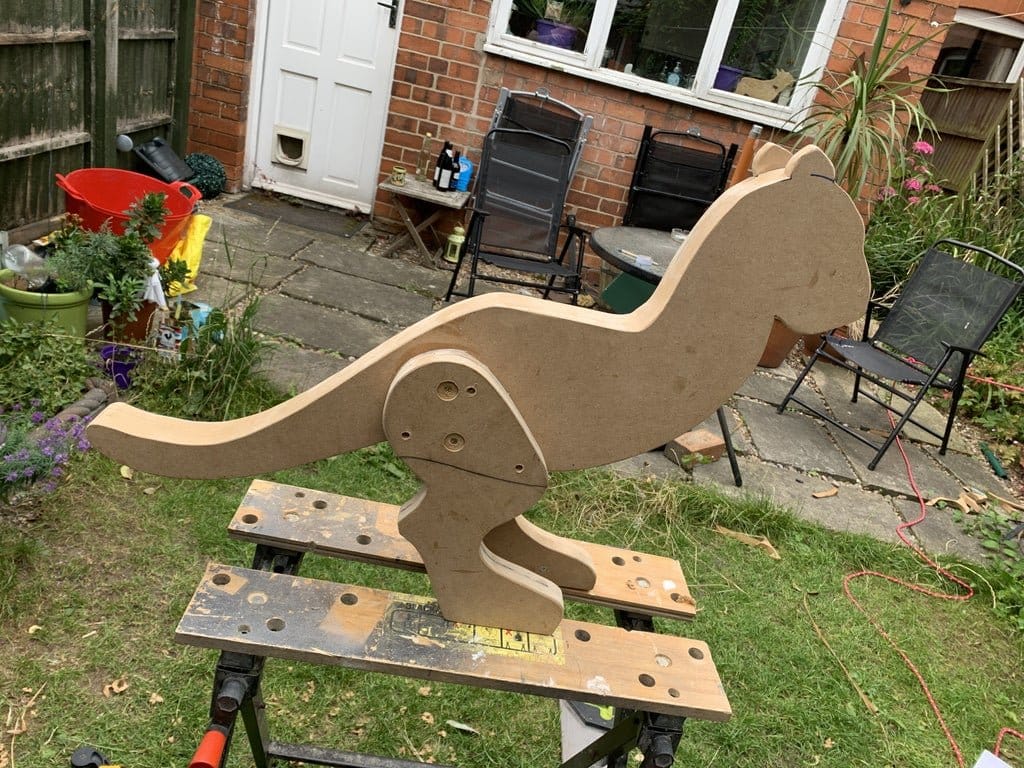 At this stage, the author made the rocker runners. For them, he used 20 mm thick cut pine boards. The author acted according to an already worked out scheme, cut out templates, cut out four parts with a jigsaw, two for each runner. The author polished the blanks all at once so that the shape, especially the arc, was ideally the same. Then he glued them in pairs and pulled them off with self-tapping screws. The last photo in this step, as well as in the second, is for seed. 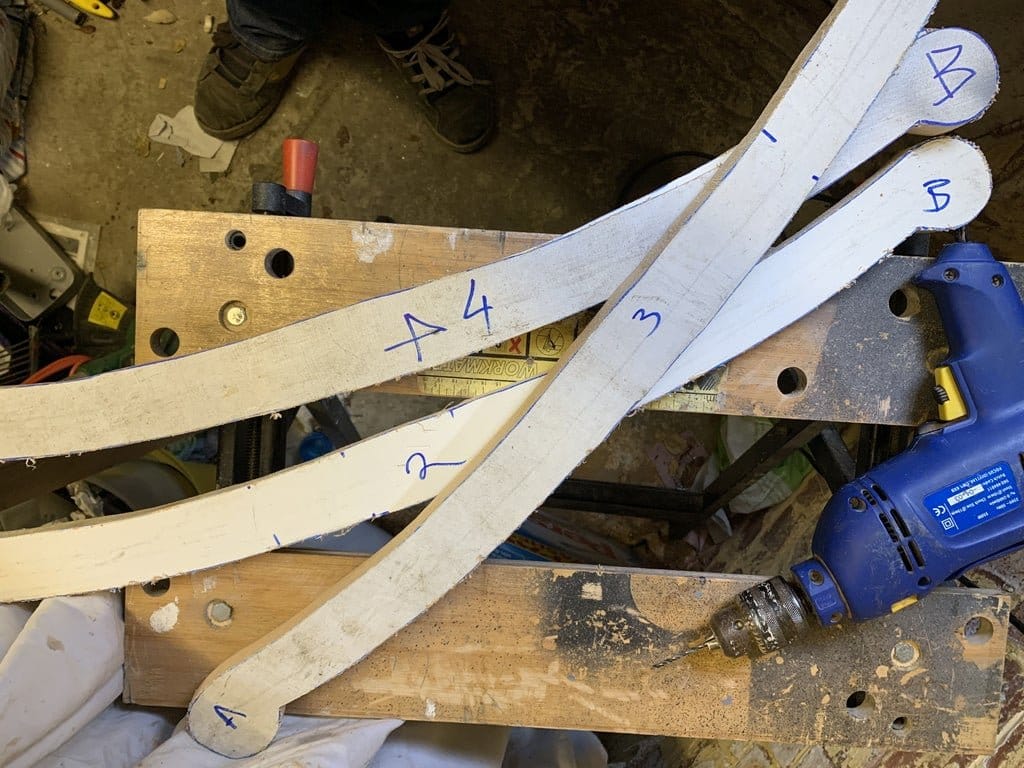 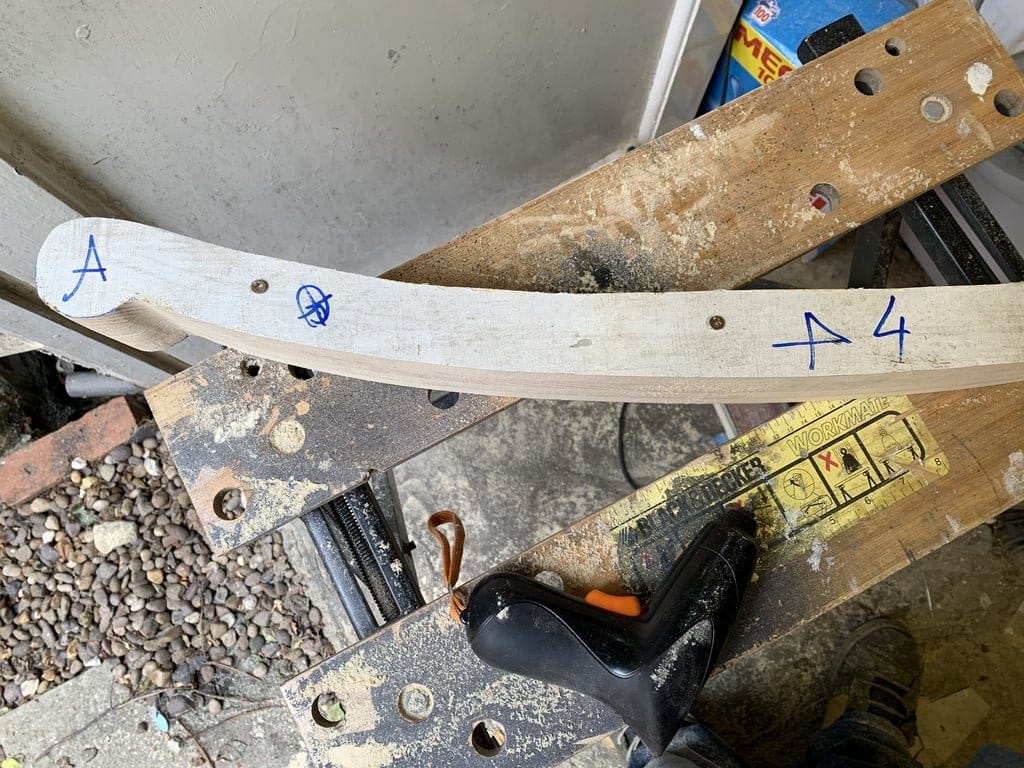 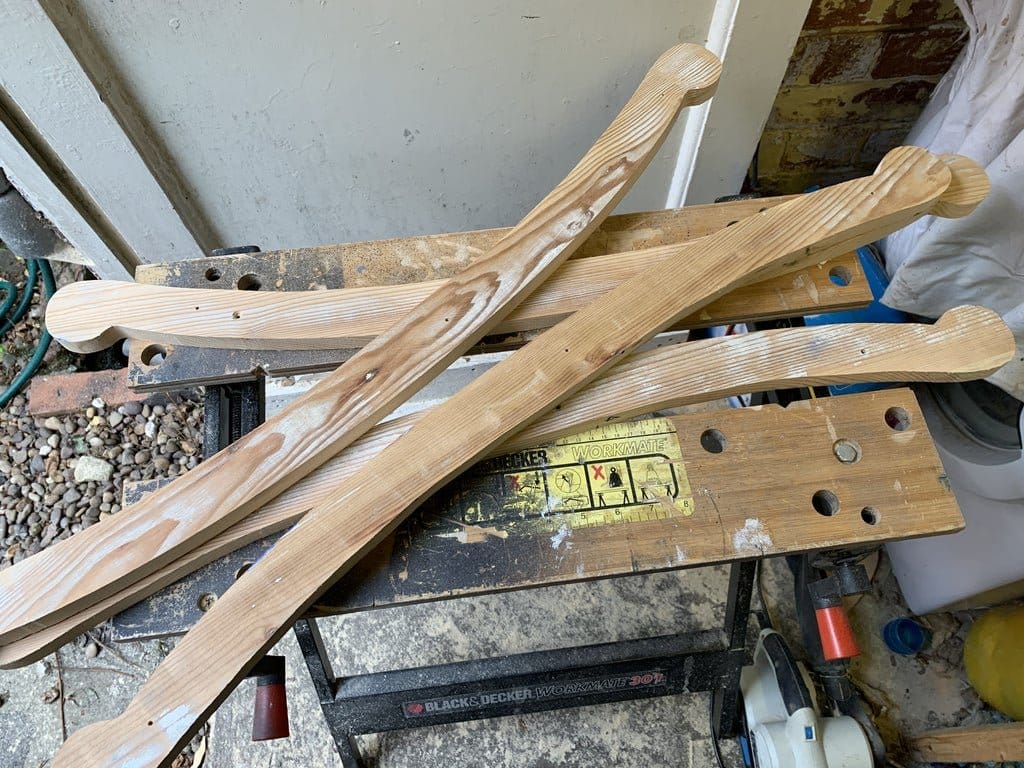 Now you can start partial assembly – connect the body with the runners. First, the author estimated the required distance between the runners, for this he put a board on them, and set the body on it. The author selected the width in the following way, it should be such that the structure does not fall on its side, but at the same time it looks proportional. Having decided on the width, the author made marks on the board-stand. Then he made a mark on the legs. He screwed the board with screws first to the runners, and only then screwed his legs to this board. The screws of the latter are screwed in from below. 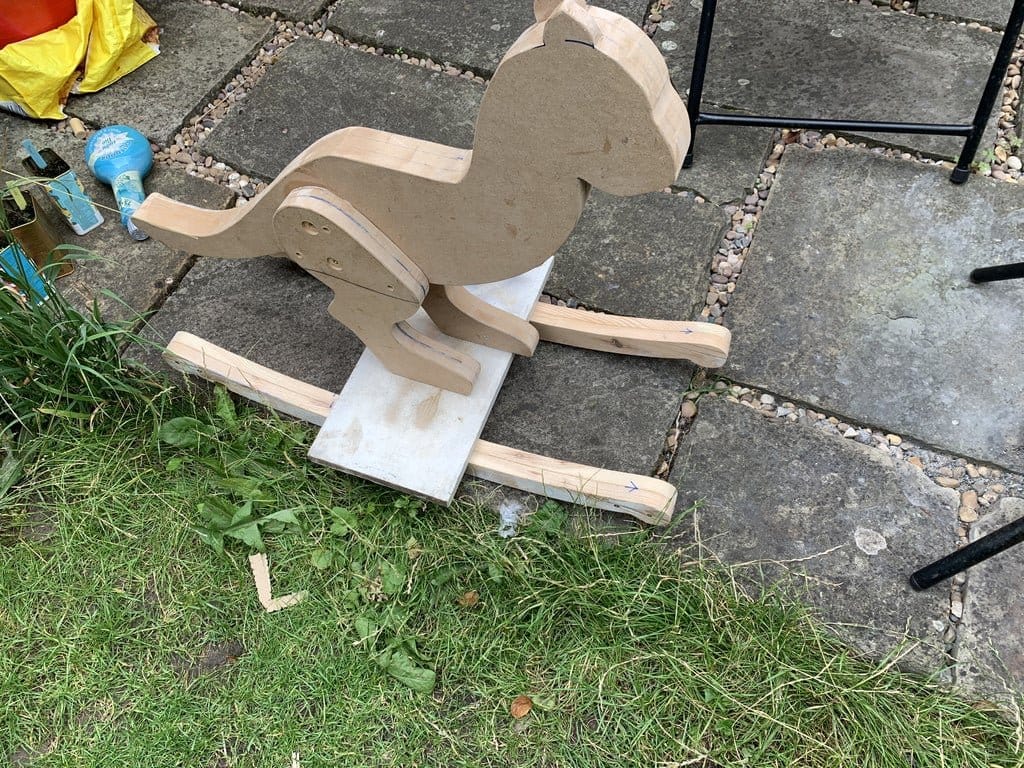 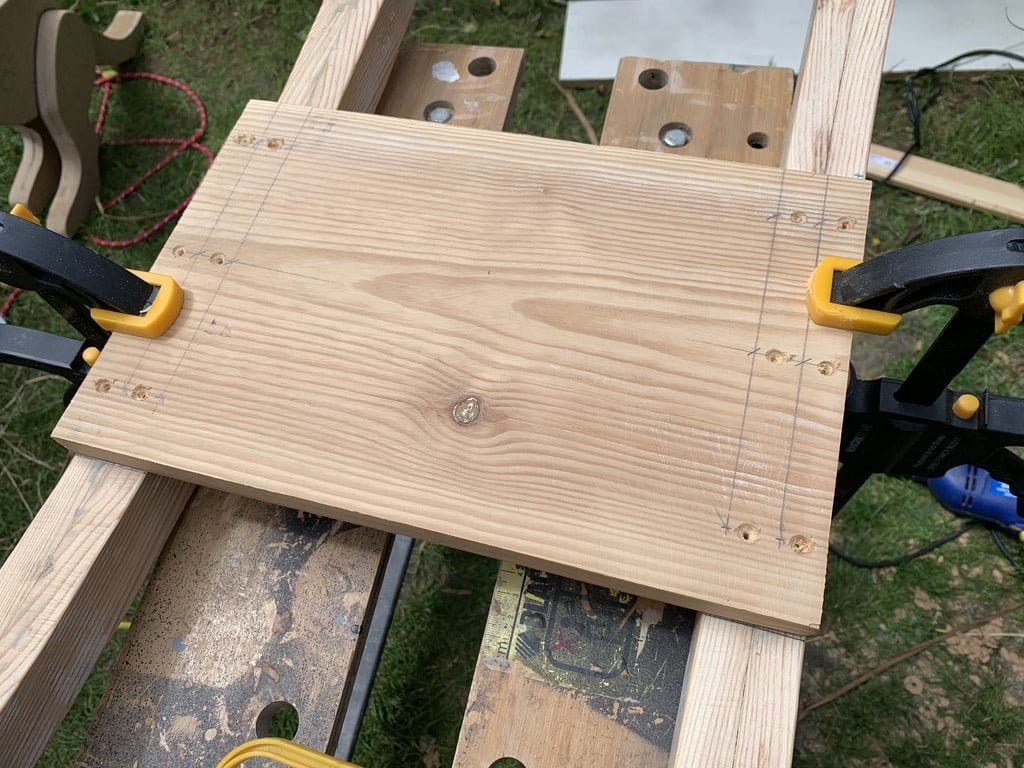 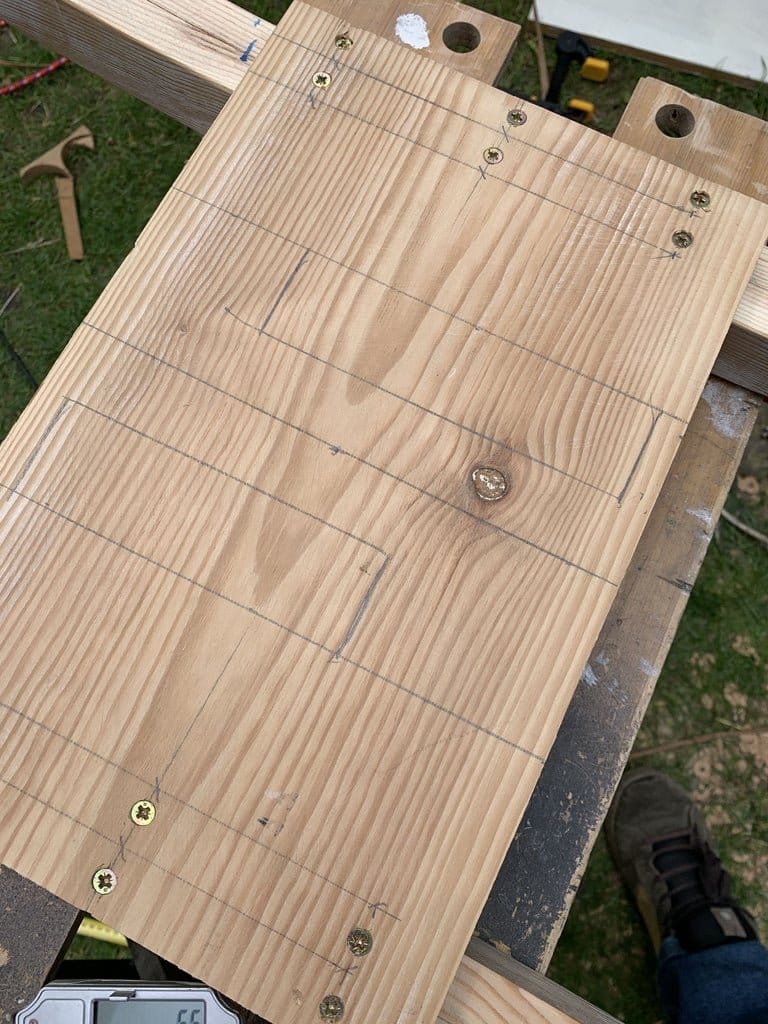 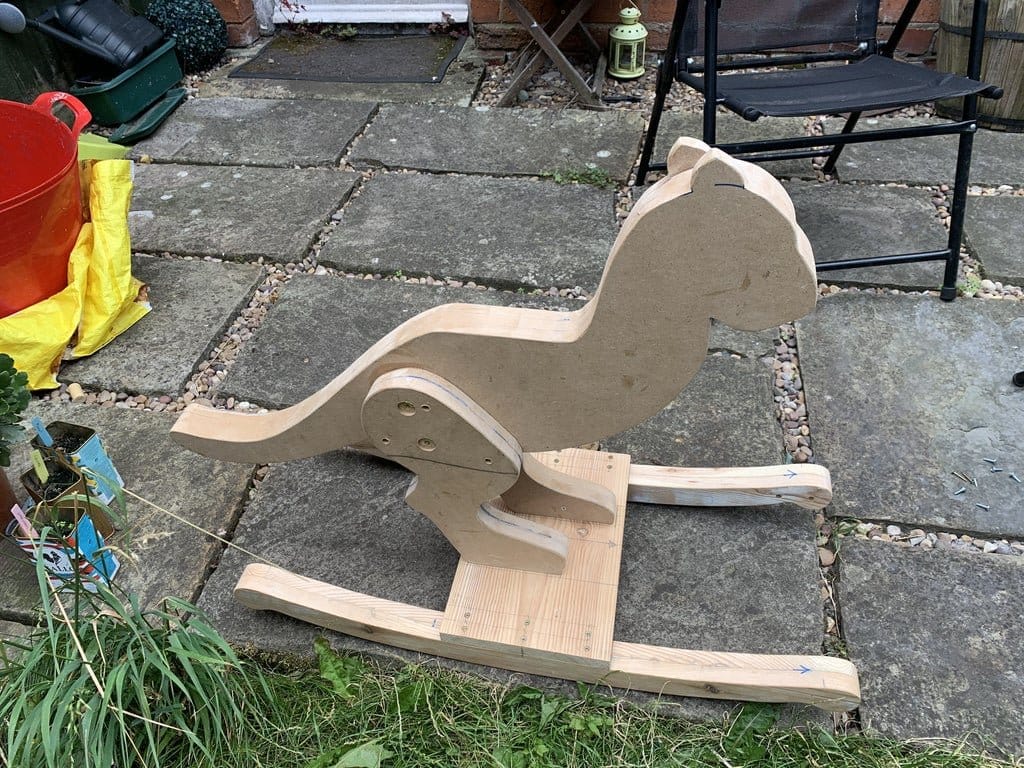 At this stage, the author cut out, again according to paper templates, the arms and horns. The only difference is that there are two of those and those parts, on each side. After that, the workpieces were sanded along the edges and glued into place. As in the previous assembly steps, the joint was secured with self-tapping screws. 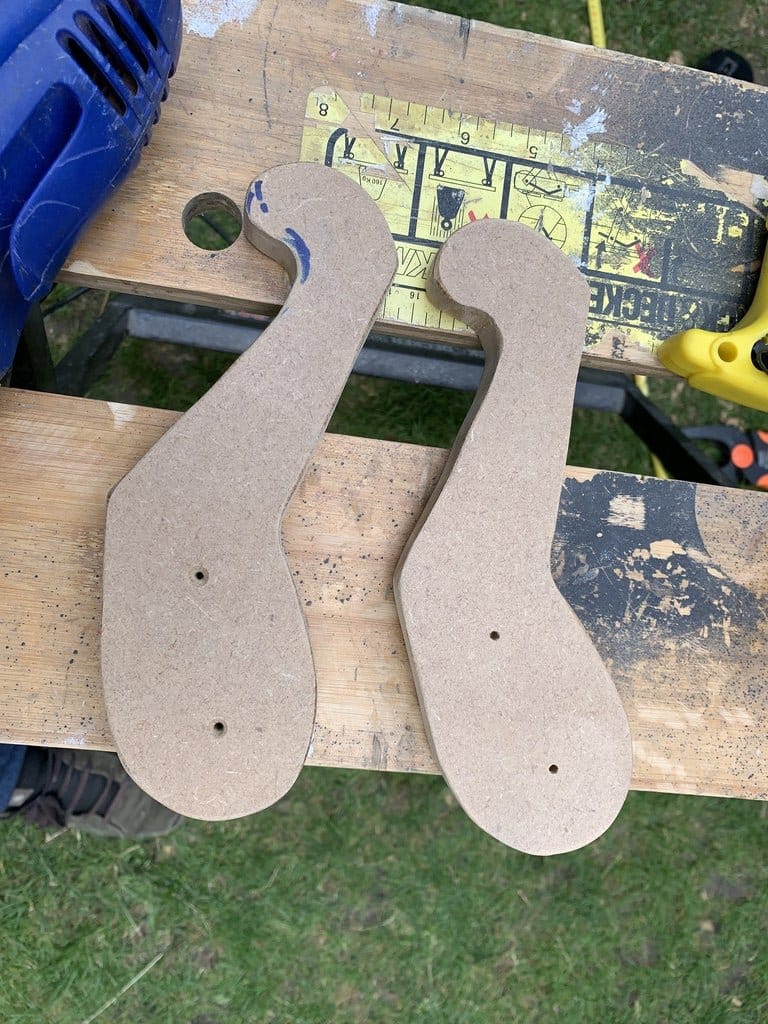 And so, the rocking chair is almost ready, there are only a few elements. At this stage, the author made a seat for a young rider. For the manufacture, the author also used a piece of pine board. The cutting principle is the same as before. The only thing is that the initial template turned out to be too small, the author had to increase it. The author also chose a groove with a chisel to reduce the clearance of the seat with the neck. 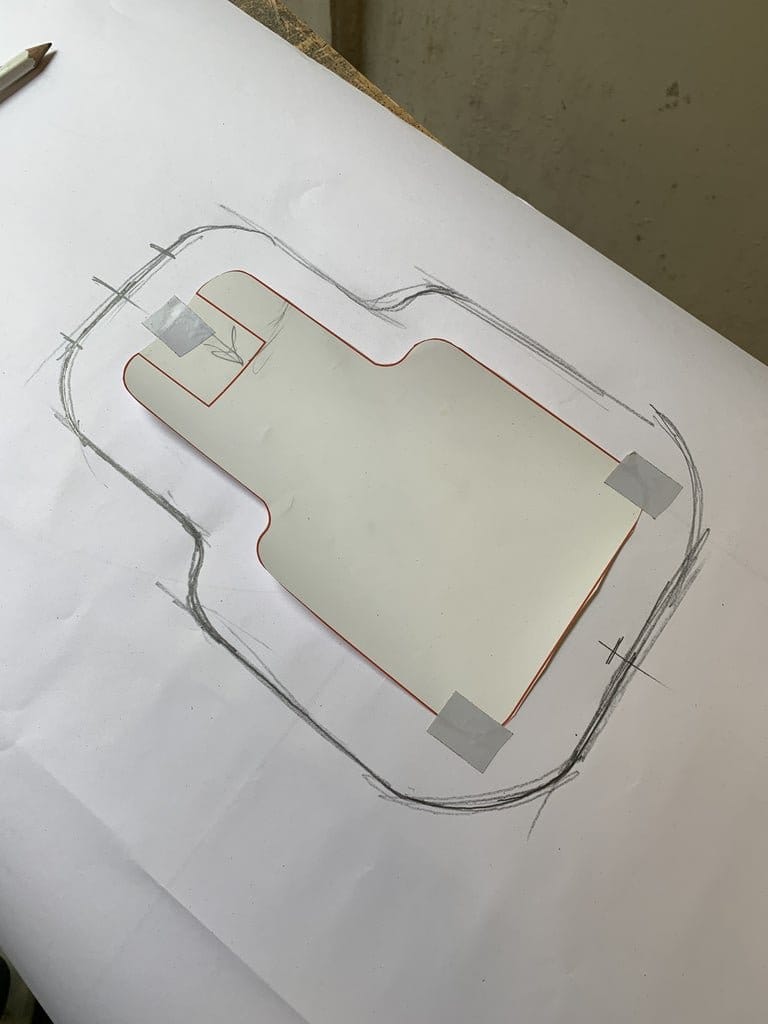 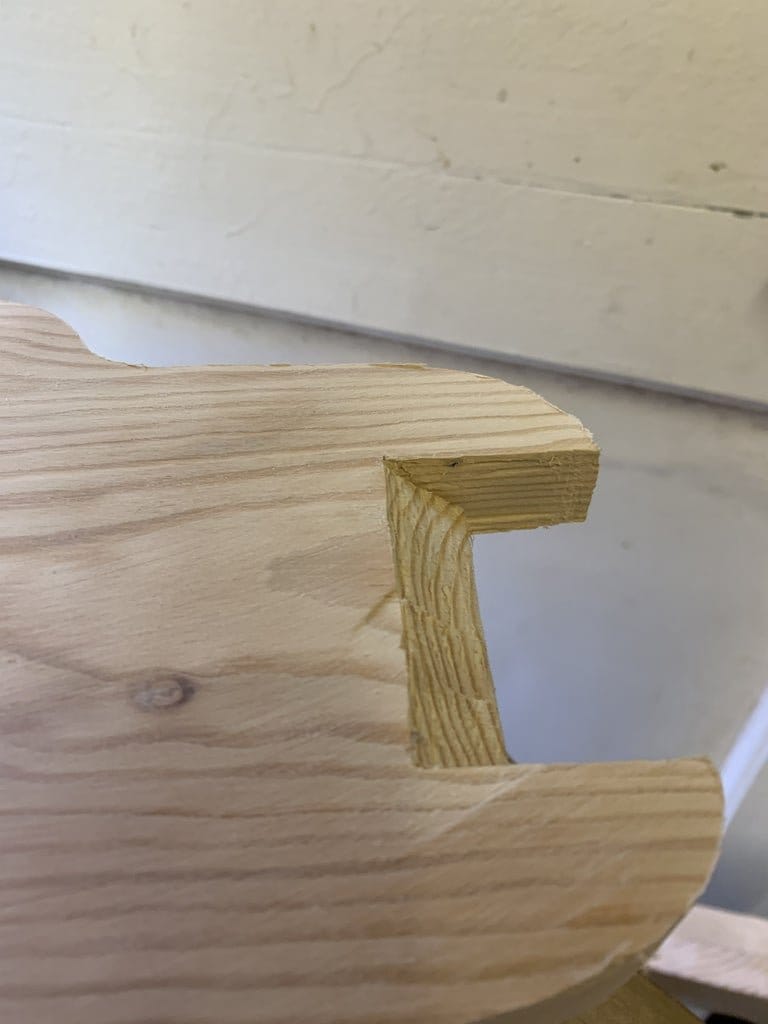 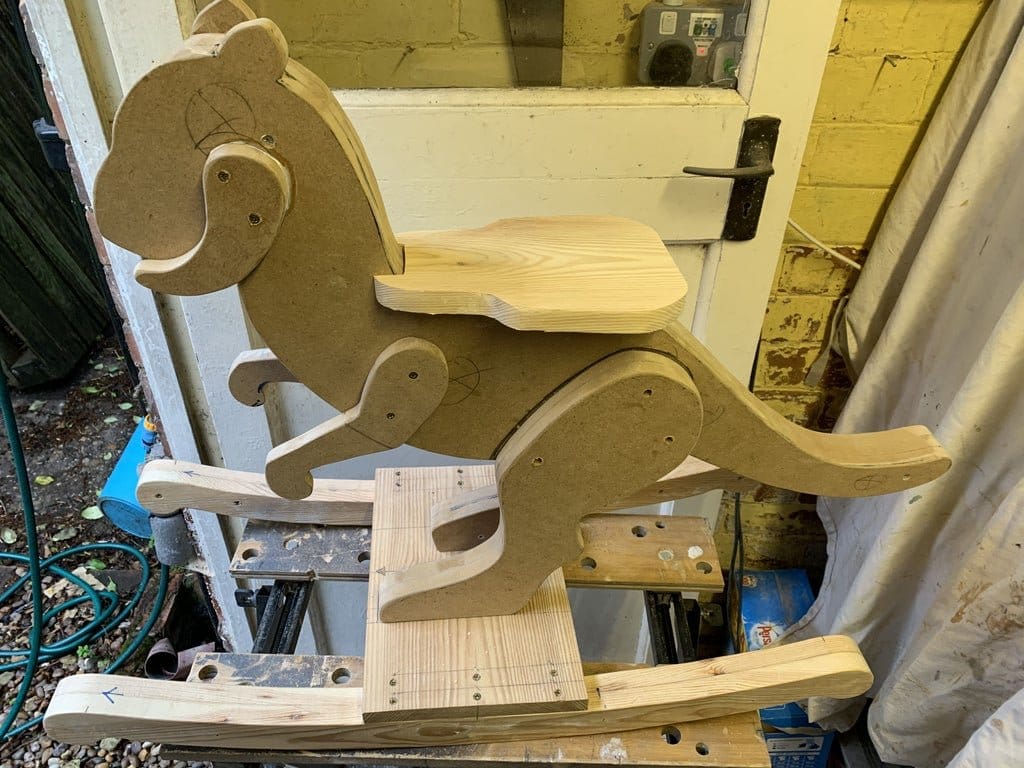 Here the author decided to strengthen the foundation. He connected the runners in front and behind with slats. So the rocking chair will be even more similar to store counterparts. The author fixed the slats with self-tapping screws. 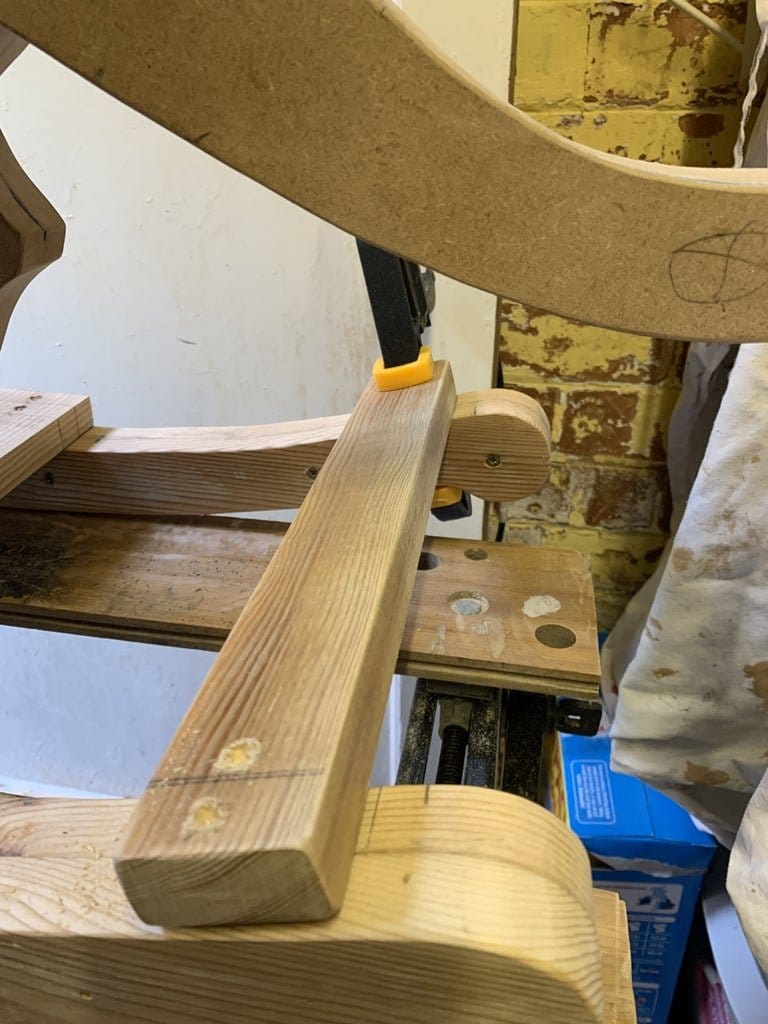 After strengthening the base, it was time to attach the seat. The principle is the same as for attaching the legs to the body. The author drilled two holes in the body (blind) and in the seat. I prepared the dowels, and then everything can be seen from the photo. Fitting, gluing, trimming and sanding. 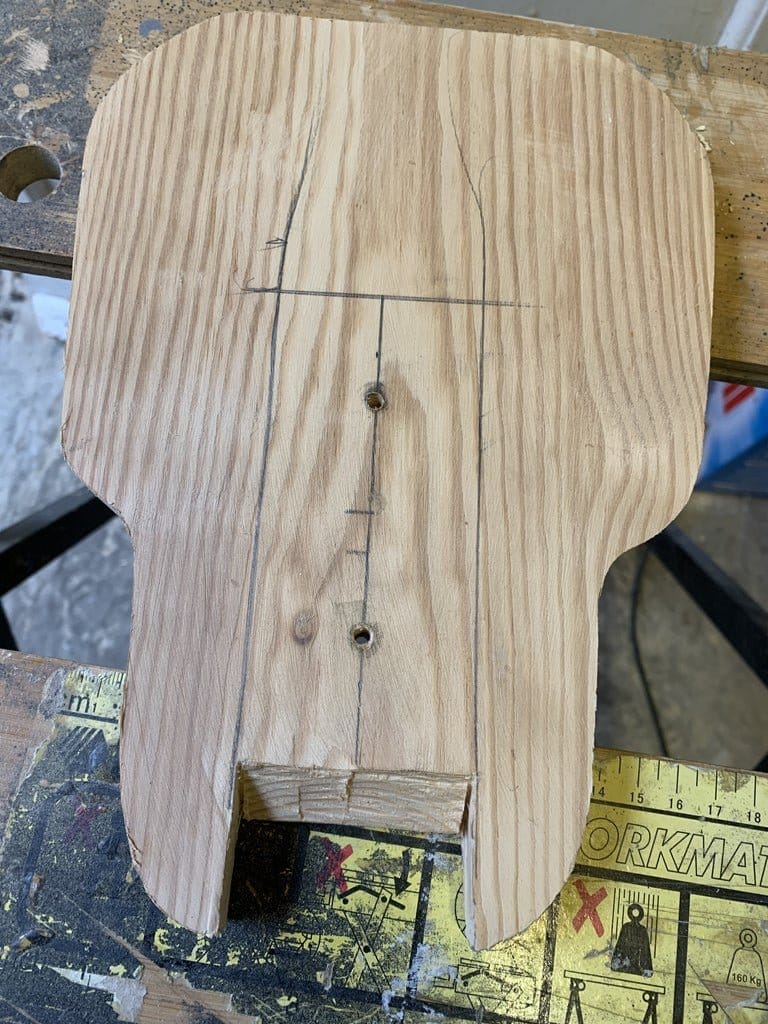 Before finishing, the author installs a handle on an almost finished rocking chair, which he carved from the handle. A hole of a suitable diameter is naturally drilled under it. Also at this stage, the author sealed the seat with masking tape before painting, since he decided to leave it unpainted. 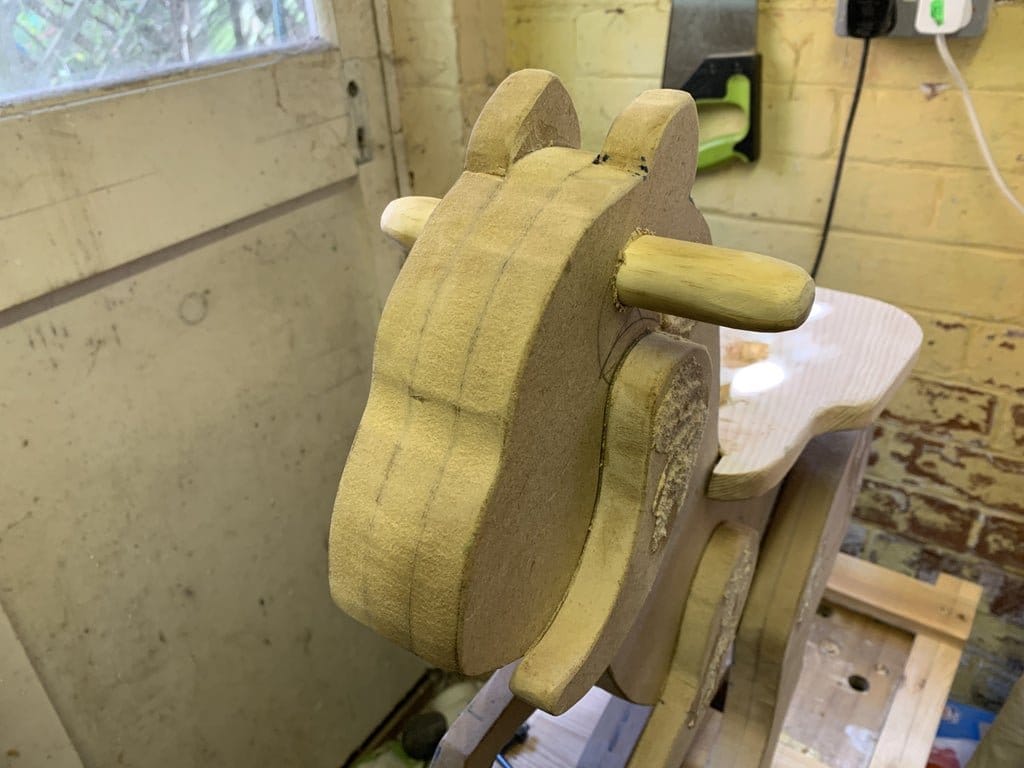 And now we come to the final stage – painting. The coloring took place in several stages, colors close to the prototype from the film. Well, at the end, running in)) 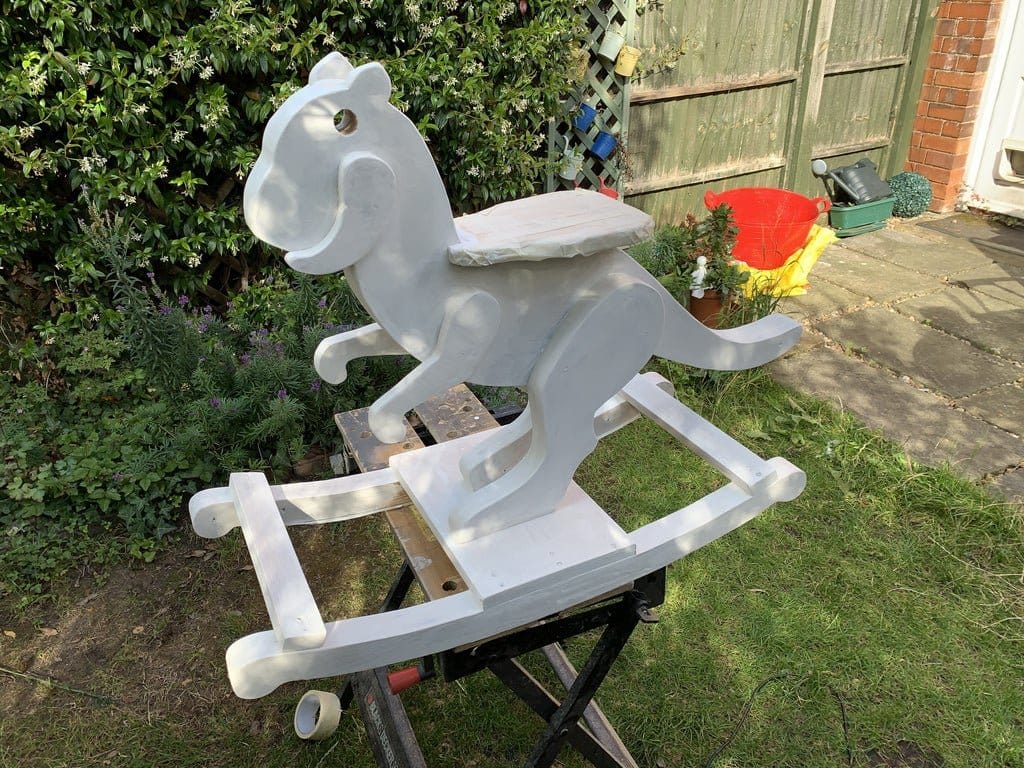 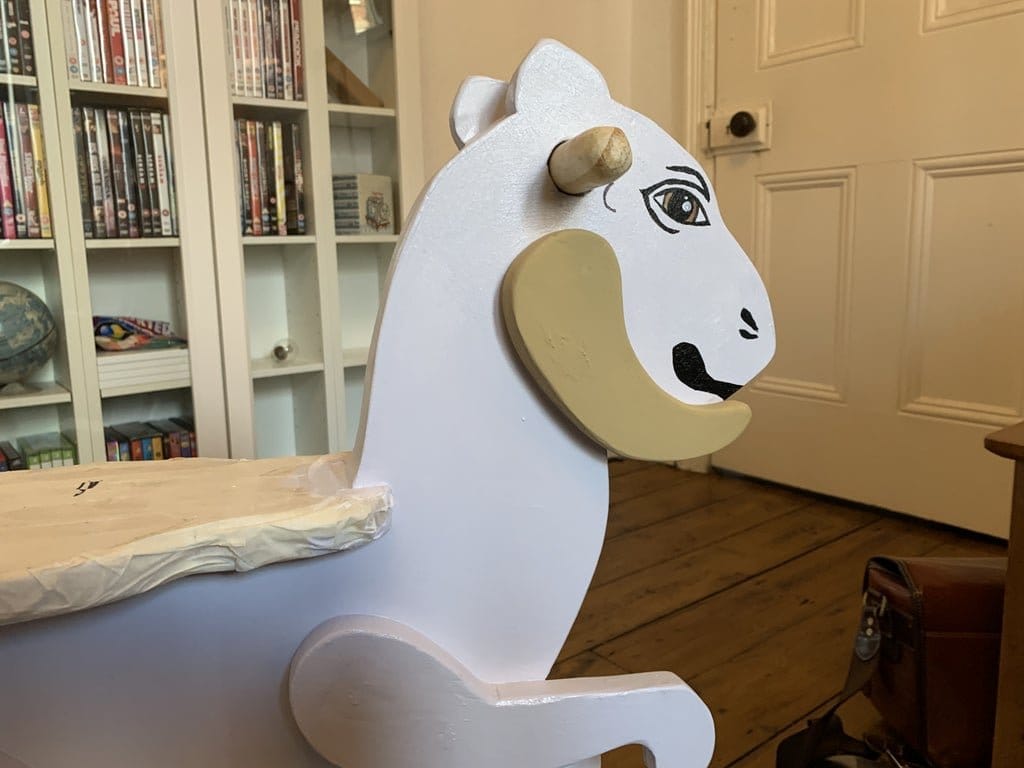 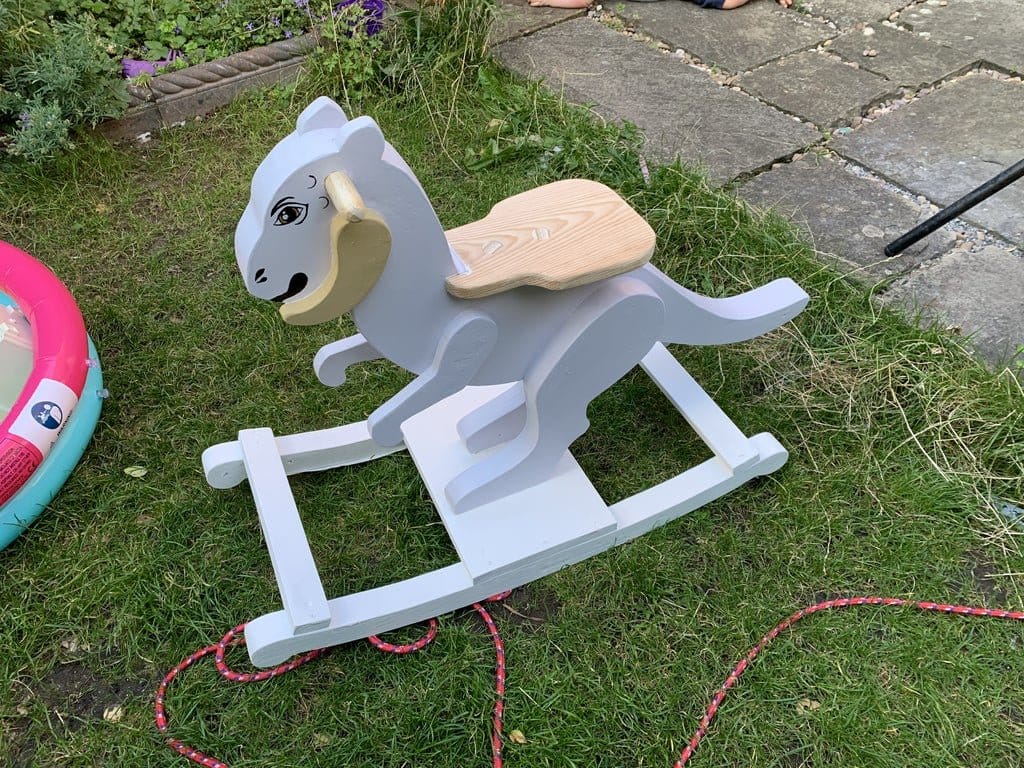 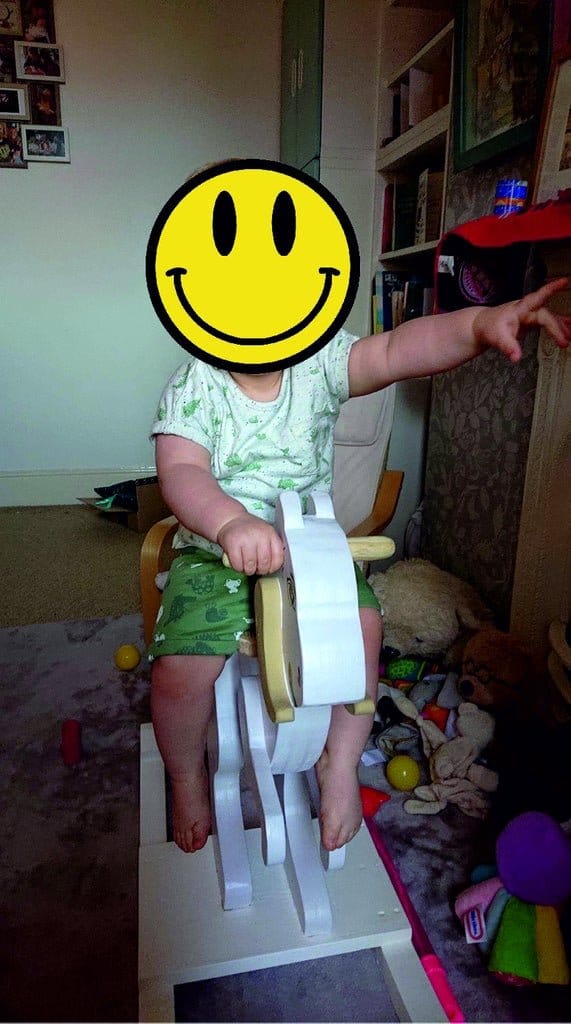 [/center ]
That's all for me, thank you all Oh for your attention and see you again at Samodelkin's!

How to make a Saturn rings LED chandelier