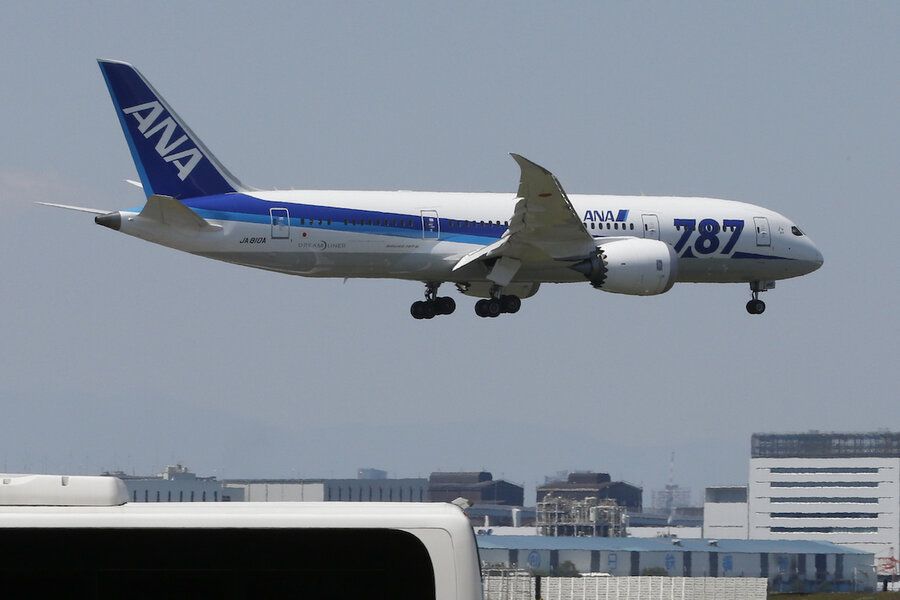 Domestic sponsors have already contributed a record $3.3 billion to help pay for the Tokyo Olympics. That’s at least twice as much as any previous Games.

But it’s still not enough.

Now they’re being asked to pay millions more to cover some of the soaring costs of the one-year postponement.

This comes as Japanese businesses are battered by the COVID-19 pandemic, raising doubts about re-investing in an Olympics that may be short on fans, but long on pandemic-related rules to discourage tourists, sightseeing, and spending.

“We are in the process of asking for additional sponsorship [payments] from our partners,” organizing committee CEO Muto Toshiro said last week as he detailed why the postponement will cost organizers and Japanese taxpayers an extra $2.8 billion. “The sponsors have expressed the willingness to contribute to the Games next year. But they have not specified an amount.”

None of the the nearly 70 domestic sponsors is saying “no” – at least publicly – to an Olympics backed by Prime Minister Suga Yoshihide, and driven by Japan’s powerful advertising conglomerate Dentsu Inc., the official marketing agency for the Tokyo Olympics.

Dentsu helped land the Olympics, lined up the sponsors, and stands to profit with the Olympics opening on July 23, 2021.

Little arm-twisting may be needed to keep sponsors on board. Harmony and consensus are valued in Japan, and this stretches to the corporate world. It’s best illustrated by this Japanese saying: The nail that sticks up gets hammered down (deru kugi wa utareru).

Pulling off the Olympics is viewed as a national project, a matter of honor, and saving face. Doubts expressed behind the scenes are unlikely to trickle to the surface. Some sponsors might offer additional “in-kind” payments – contributions not made in cash – but there has been little open dissent and few contract details made public. In the end, any shortfall is likely to be made up by taxpayers.

Among the domestic sponsors is Japanese airline All Nippon Airways, which posted losses of $1.8 billion through the first half of the fiscal year, and travel agency JTB with losses of $750 million in the same period.

Also on board is the financial services company Nomura, both Narita and Haneda airports, food makers such as Kikkoman and Ajinomoto, and the SkyTree tower. The Japanese media, charged with covering the Olympics, are also on in droves including top newspapers Mainichi, Nikkei, Yomiuri, and Asahi.

Associated Press contacted a dozen sponsors and almost all refused to comment. A Tokyo Gas spokesperson said that organizers had advised against speaking to the media.

“We will continue with our preparation toward a safe and secure Olympics while paying heed to further developments,” spokesman Matsuo Tomonao said. He said no decision had been made on the renewal.

The Tokyo Olympics have become very expensive. A University of Oxford study says they are the most costly Summer Olympics on record.

The official cost of putting on the Tokyo Olympics is $12.6 billion in the latest budget. But a government audit last year said it was probably twice that much, and this was before the added cost of the delay. This is all public money except for $5.6 billion from the privately funded organizing committee budget. Domestic sponsors make up about 60% of this income.

Polls in Japan show wavering support for holding the Olympics in the midst of a pandemic, which IOC President Thomas Bach tried to counter last month in Tokyo in meetings with organizers, politicians, and sponsors. Though Japan has controlled the pandemic relatively well, new infections in Tokyo hit a one-day record of 602 on Thursday. About 2,400 deaths in the country have been attributed to COVID-19.

The squeeze on cash-strapped sponsors is only half the story. The other half revolves around Dentsu Inc.

In essence, through unrivaled connections in business, politics, and media, Dentsu helped land the Olympics, and then profited by lining up billions in domestic sponsorships. These are distinct from the 14 long-term International Olympic Committee sponsors, which include three prominent Japanese brands — Panasonic, Toyota, and Bridgestone.

Analysts estimate Dentsu gets a 15% commission for signing up sponsors, and possibly more if it handles the advertising work.

Dentsu officially came aboard with the organizing committee after the Switzerland-base IOC awarded Tokyo the Olympics in 2013. But Dentsu was involved before that.

In an on-going probe, French investigators believe the $2 million was channeled through the Singapore consultant to buy the votes of IOC members. Takeda Tsunekazu, an IOC member and head of the Japanese Olympic Committee at the time, quit last year. He denied any wrongdoing, but acknowledged signing off on the payment.

The IOC, itself, pays relatively little to hold the Olympics. It generates about three-quarters of its income from selling broadcast rights, and relies on the host nation’s public coffers for the staging. The latest Tokyo organizing committee budget shows IOC contributions of $1.3 billion. This is about 10% of the official costs, but a far smaller percentage if outlays are being underestimated.

Dentsu declined comment for this article, saying it was only a go-between for the companies and the Tokyo organizing committee.

The Japanese agency has longstanding relationships with the powers in world sports: FIFA, the governing body of world soccer; FINA, the world swim body; World Athletics, the track and field governing body.

Takahashi Haruyuki, a former Dentsu executive, is reported to have been paid millions by Tokyo’s bid committee for lobbying IOC members. He’s also a member of the Tokyo organizing committee’s executive board. IOC President Bach was asked in Tokyo about the reported payments of $8 million to Takahashi.

“With regard to Mr. Takahashi, we received confirmation that there was no infringement on the IOC rules,” Mr. Bach said.

Dentsu returned to profitability after losses last year, which came mainly from its overseas operations, and has recorded 10 billion yen ($96 million) profit for the first three quarters of this year.

“The agency clearly was, and still is, a media powerhouse,” said Bob Dorfman, a creative director and sports marketing analyst at Baker Street Advertising, who has worked at Dentsu. “My Dentsu pin was like a badge of honor. Wearing it earned me instant respect and influence.”

Jeff Kingston, who teaches Japanese politics at Temple University in Tokyo, described Dentsu as a kingmaker. The company’s name is almost never mentioned in public by Tokyo Olympic officials, nor by top politicians or the IOC.

“Dentsu’s influence is pervasive from the newsroom to the prime minister’s office,” Mr. Kingston wrote in an email. “It is a driving force to keep the Olympics on track despite the grave risks.”