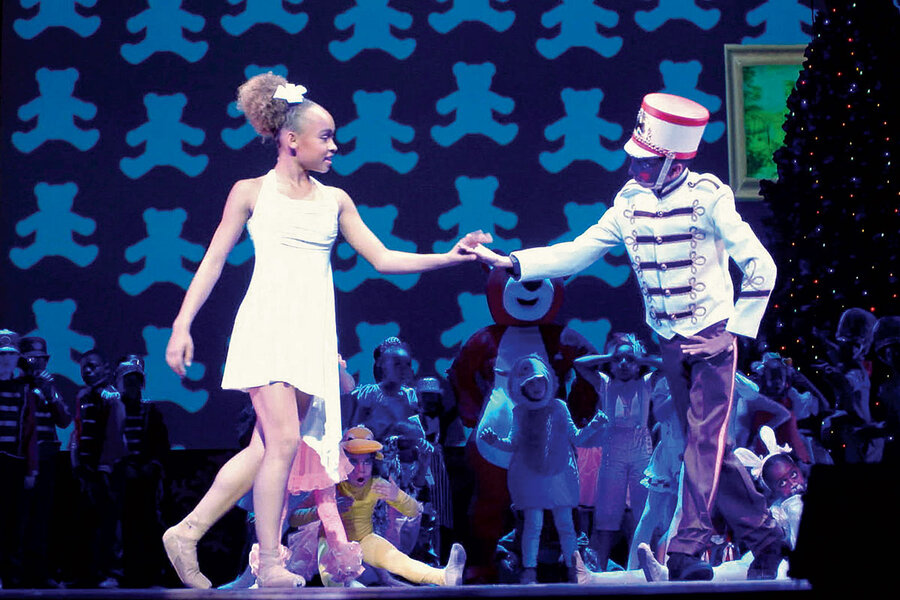 What proved a liability in the original Russian production became a formula for success in America. With the Dec. 25, 1958, broadcast of “The Nutcracker” on CBS, the ballet became forever associated with Christmas. It also helped establish a winning tradition across the nation that brings families together and introduces many young people to ballet.

Time for an update

Not all audiences have been delighted with every aspect of “The Nutcracker.” In Act 2, dancers portraying sweets from different cultures (chocolate from Spain, coffee from Arabia, tea from China) appear onstage. The traditional choreography and costumes – particularly in the Chinese section – reinforced stereotypes that are demeaning and offensive. For example, the Chinese section featured dancers in yellowface, performing inauthentic, if not mocking, gestures.

In 2017, Phil Chan, a scholar, educator, and former dancer, convinced New York City Ballet to drop the offending antics and costume pieces. For another production, at the Pacific Northwest Ballet in Seattle, he consulted with Peter Boal, the artistic director, to rethink the Chinese section.

Most importantly for Mr. Chan, it shows Chinese people that “the choreographer actually took something from my culture that was respectful, as opposed to an outdated caricature from 150 years ago.” The current costume for the cricket is still being workshopped, but for now, families can watch Pacific Northwest Ballet’s production of Balanchine’s “The Nutcracker” – without the offensive costumes and gestures – on its website: www.pnb.org/nutcracker/.

Honest representation was also on Sam Pott’s mind when he created “Jersey City Nutcracker.” The founder and director of Nimbus Dance in Jersey City, New Jersey, says, “It was important for European immigrants to have shows like ‘Nutcracker’ that connected them back to their European traditions. But sometimes that was wedded to white supremacy.” That’s why, instead of showcasing the traditional aristocratic family of the story, this version features children from different economic backgrounds traveling to “the safer and kinder Jersey City of their dreams,” he says.

This approach to the ballet was inspired by the work of children’s author Ezra Jack Keats to signal that “kids have a sense of wonder regardless of their economic circumstances,” Mr. Potts says. “Jersey City Nutcracker: The Movie” is available on demand through its website: www.nimbusdance.org.

Award-winning performer and director Debbie Allen reinforces the idea that “The Nutcracker” can be transformed to better represent and serve the community. In “Dance Dreams: Hot Chocolate Nutcracker,” a behind-the-scenes documentary now streaming on Netflix, she auditions, rehearses, and provides tough love to her multicultural cast, which includes students from Debbie Allen Dance Academy, as they prepare for performance day.

One of the dancers who got her start in Ms. Allen’s school, Kylie Jefferson, says in the documentary that she has never seen a “regular Nutcracker,” which she likes because this vision of diversity is the only life she knows.

Wayne “Juice” Mackins, who was the original Nutcracker prince in the “Hot Chocolate Nutcracker,” says in a phone interview that Ms. Allen was “focused on reflecting what life actually is because we don’t live in a homogeneous enclave.” For Mr. Mackins, this means being willing to reach out to other people and cultures rather than make assumptions. For example, Ms. Allen asks the tap dance star Savion Glover to create a dance for her “Nutcracker.” Rather than approximate her idea of what tap dance was, she went to a qualified source. That is the essential takeaway from the documentary. Rather than approximate another culture, invite people from that culture to share their input.

The hope is that these reimaginings can retain the spirit of “The Nutcracker” while bringing the community together to create something that feels more inclusive and authentic.