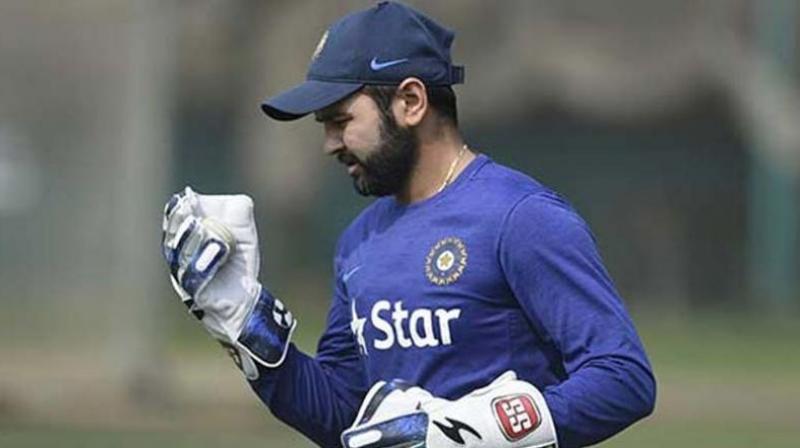 New Delhi: Parthiv Patel, one of the youngest to have played Test cricket for India at the age of 17, on Wednesday announced his retirement from all forms of the game, three month’s short of his 36th birthday.

The baby-faced Parthiv, who made his Test debut under Sourav Ganguly, aged 17 years and 153 days, played 65 international games for the country, which included 25 Tests, 38 ODIs and two T20 Internationals.

“Today, I announce retirement from all forms of cricket and as I bring down curtains on this 18 year-old cricketing journey, I feel heavier with gratitude for many,” the 35-year-old Parthiv said in a statement on his official twitter and instagram account.

The left-handed batsman scored nearly 1700 runs (1696) across formats with 934 runs (6 half centuries) coming in the longest format.

In ODIs, he scored 736 runs with four half-centuries and a highest score of 95. He effected 72 dismissals in Tests, which include 62 catches and 10 stumpings.

Parthiv burst onto the scene in early 2002, when he was sent to England after having played for India A in South Africa and even before he made his Ranji Trophy debut.

“The BCCI showed generous amount of confidence and faith in a 17-year-old boy to play for India. I have enormous gratitude towards them for guiding me and hand holding me in the formative years of my young career,” Parthiv further stated.

In fact, he played his first Ranji Trophy after he was dropped from the India squad in 2004 due to below-par glovework on tours of Australia and Pakistan.
He was thankful to all his captains and “especially Dada”, referring to  BCCI president Sourav Ganguly.

Parthiv Patel called his first Test captain Sourav Ganguly a “leader in true sense” along with the legendary Anil Kumble and said their influence in his life went beyond the cricketing arena.

“I would always hold Sourav Ganguly as a leader in true sense with his man management skills. Sourav and Anil Kumble were great leaders and they made me the kind of person I am,” Parthiv said.

“I still have the Test cap with my name wrongly printed ‘Partiv’ that Dada gave me. The victories at Headingley (2002) and Adelaide (2003-04) and the half-century opening the innings at Rawalpindi will be my favourite memories.”

He said that retirement was on his mind for the last one year and that the timing couldn’t have been better.