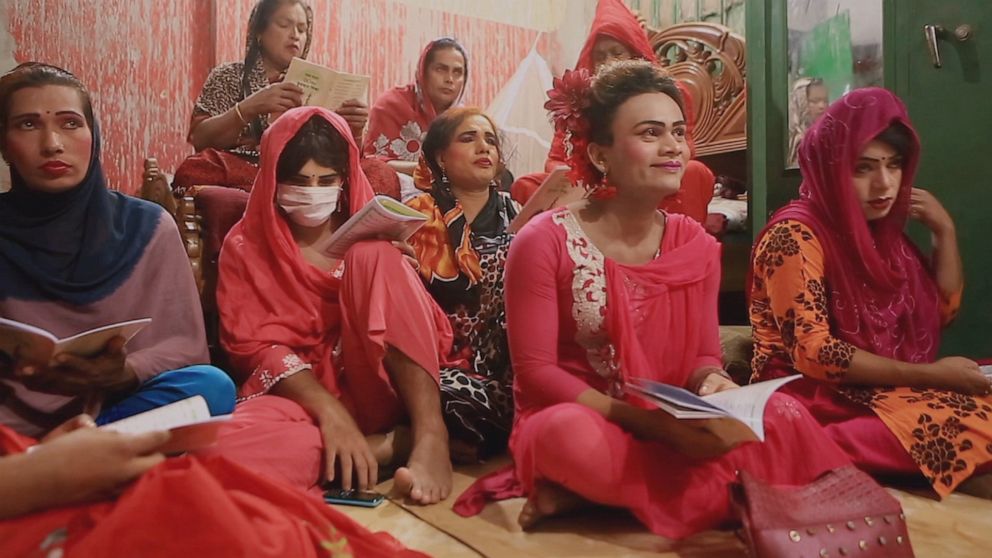 The women come together to learn the teachings of the Quran. For a lot of them, it’s the first time in a while they’ve been in a classroom setting.

“We are human beings like the others; we want to study,” said Rina Hijra.

Rina Hijra and the other students are transgender, but they refer to themselves as Hijras, an officially recognized third gender by the Bangladesh government.

In South Asia, Hijras have a rich history that dates back to 400 BCE, where they appeared in the Kama Sutra, an ancient Indian text on human sexual behavior.

They were respected and held coveted jobs. Now, they live on the fringes and many have been rejected by their own families

“People look at us negatively,” said Anwari, 42, also a student.

Rajani said that all of her family members, including her mother and father, used to beat her. She said she came to Dhaka alone when she was just 14 years old.

It was nearly impossible for her to find work because people did not want to hire a Hijra, and like many others, she said she had little choice but to live on the streets.

“We are living by collecting money and begging,” said Rina. “It’s the only way we can survive.”

Like most Hijras, Rajani never received an education because she said there was nowhere where she felt safe to learn. She said that when she was a child, her classmates would mock her and teachers would kick her out of the classroom.

“Eventually our parents kept us away [to] maintain social values. That’s why we live separately from [our] parents,” she said.

Three official Islamic schools have recently opened for Hijras. The women are only taught the Quran, and some are concerned that the religion-based education will only get them so far in the world.

“This is a good step. The primary problem is that religious education by itself is not going to help them much. Why not teach English? Why not math? Why [not] science?” said Dr. Ali Riaz, professor of Political Science at Illinois State University.

But for now, the women said that learning the Quran has brought them peace and that these schools are hopefully just the first step in becoming widely accepted within their society.