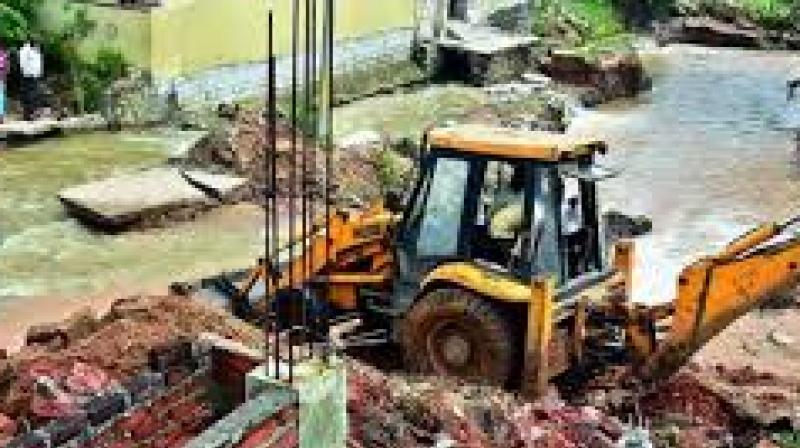 Hyderabad: With the BJP winning over 25 divisions in flood-affected areas during the recently concluded Greater Hyderabad Municipal Corporation (GHMC) elections, officials find themselves caught in a Catch 22 situation.

They are waiting for a signal from the state government whether or not to execute the Strategic Nala Development Plan (SNDP).

The government developing eastern parts of the city will be a double-edged sword. When the state government decided on SNDP for this part of the city, its wards and constituencies were represented by sitting TRS corporators and MLAs. Now, however, BJP has gone on to sweep 25 divisions in the region, which are mostly flood-hit areas.

According to highly placed sources, the project for widening nalas and strengthening them will turn a challenge. It was one of the prime reasons for BJP’s victory in the east zone. Sources say if the project is not executed, BJP will certainly make noise and blame the government for not widening the nalas and strengthening them by removing encroachments. If the government does develop the drains, BJP will claim the credit for it and encash the same in the 2023 assembly elections.

Sources, however, maintain that development activities will run smoothly in western, southern and northern parts of the city due to the one-sided verdict given to TRS and MIM.

It is expected that officials of GHMC, Hyderabad Road Development Corporation Limited (HRDCL) and other nodal agencies will only execute works accorded to them by the state government. Officials say they are just executing agencies, it is up to political parties to decide where developmental activities should happen. They maintain that they are ready with the Rs. 250 crore SNDP project and are awaiting state government's nod to execute it.

American state and city governments are bleeding out