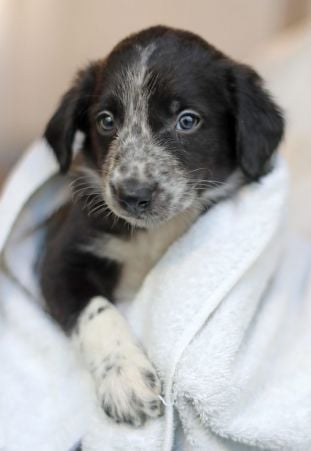 The BBC has denied that a programme which was given the working title of Will My Puppies Make Me Rich? is a “how to” guide on how to exploit animals for profit.

In a statement, the broadcaster said the welfare of animals “is of the utmost importance” and the aim of the programme is not to encourage people to breed dogs themselves.

The BBC said on Friday the working title has now been scrapped and the series will instead be called Britain’s Puppy Boom: Counting The Cost to avoid “ambiguity around what the content might be”.

Statement regarding Will My Puppies Make Me Rich?: https://t.co/WTtYhSKUn3 pic.twitter.com/lNkpDQjzOm

Earlier this week, the BBC reported that animal welfare charity the RSPCA had criticised the programme, labelling it “irresponsible” and saying it could lead to “serious dog welfare issues”.

It added: “A lot has been said and written online about this future programme.

“If the BBC were making a programme about how to exploit animals for profit, then that would be a cause for concern.

“The reality is rather different. The BBC is not making such a programme and never intended to.”

The BBC Three programme will be an exploration of why more young people have become interested in professional dog breeding.

“It will not be a ‘how to’ guide. It is not about encouraging people to get into breeding. Nor is it an attempt to glamorise breeding,” the BBC said.

The BBC Three show was commissioned after winning a competition at the Sheffield Doc/Fest festival.

The BBC said it “condemns the personal attacks that have been directed towards the young women who pitched the idea of the documentary”.

“They are not dog breeders but felt the subject was an interesting one to tackle due to the rise in demand for dogs over the past few months.”

WHO accused of conspiring with Italy to remove damning Covid report