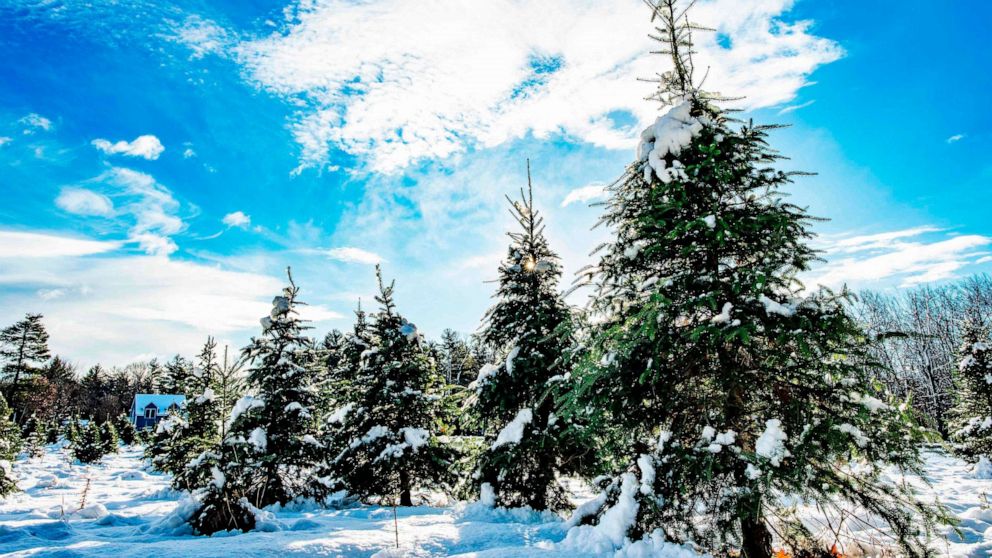 A clipper type system brought the first snow of the season to the I-95 corridor from New York City to Philadelphia and even to Washington, D.C.

It was not much to measure in major cities but it did make for a pretty holiday scene and some areas in western New York did get up 6 inches of snow and up to 4 inches in the Pocono mountains in Pennsylvania.

Temperatures will warm, however, over the next few days and it will be 10 to 15 degrees warmer this weekend in the Northeast.

By Sunday, New York City and Philadelphia will be in the upper 50s with 60 degree temperatures in Washington, D.C. — these highs will not last long.

Attention now turns to a new storm system moving into the country from the West with heavy snow and thunderstorms.

On Thursday, this system will bring snow to the Southwest, northern Arizona, New Mexico and into Colorado and Utah with a winter storm warning being posted for some areas to get up to 1 foot of snow.

On Thursday night into Friday, snow will move into Denver and the Plains and a major temperature whiplash will occur in Denver where temperatures will drop from near 70 degrees yesterday to the 20’s tonight.

To the South, heavy rain and summer-like thunderstorms are expected along the Gulf Coast and Texas.

On Saturday, the storm system will move into the Great Lakes and the Ohio Valley with snow from Iowa to northern Illinois and into Wisconsin and Michigan.

It looks like the heaviest snow will be just north of Chicago on Saturday, but even the city could see their rain change to snow by Saturday late afternoon and evening.

Snowfall totals will be the heaviest from New Mexico to northern Illinois, southern Wisconsin and into central Michigan where locally 6 to 12 inches of snow is possible.

How to get a Covid vaccine: Everything we know, from cost to effectiveness