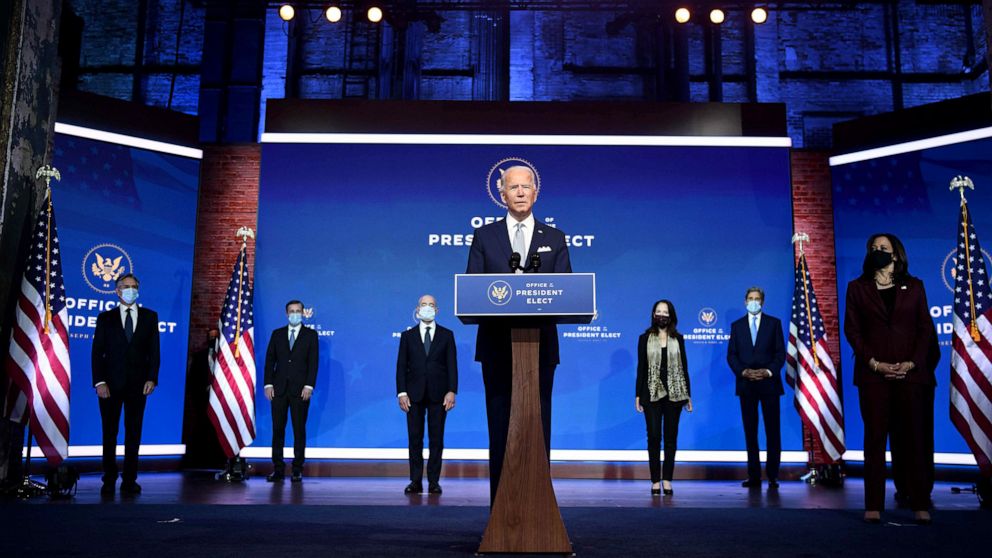 It doesn’t get as much notice amid the Trump show — or, rightfully, in the midst in the dark phase of the pandemic.

But intra-party rumblings about diversity and experience are more than background noise as President-elect Joe Biden builds out his governing team. The relatively drama-free transition has masked concerns about whether Biden’s decisions can meet his commitments — with implications for governance after Jan. 20.

Biden’s choice of California Attorney General Xavier Becerra to lead Health and Human Services puts a Latino in a high-profile spot, though Biden’s stumble over his last name wasn’t the best introduction to the country.

Rep. Marcia Fudge at Housing and Urban Development would add a Black woman in the Cabinet, and Biden’s choice of retired Gen. Lloyd Austin — who will be introduced by Biden and Vice-president-elect Kamala Harris Wednesday — would put a Black man in charge of the Pentagon for the first time ever.

Still, coming out of Biden’s meeting with prominent Black leaders Tuesday night, some want Biden to create a new high-ranking advisory job — and Black and Latino activists and advisers are focused on the attorney general’s job as well.

The choice of Austin is also leaving Democrats worried about preserving civilian control over the Defense Department. For some, that will mean explaining why a Trump appointment of a recently retired general shouldn’t have gotten a legal waiver to serve in the role, while a Biden one should.

Just last week, Biden re-set his high bar: “I promise you, it’ll be the single most diverse Cabinet based on race, color, based on gender, that’s ever existed in the United States of America,” he told reporters.

He is making picks that move him in that direction. But the unity Democrats have found in opposing the Trump White House is showing signs of strain as names roll out — to say nothing of policy.

House Speaker Nancy Pelosi and Senate Minority Leader Chuck Schumer called the proposal from Mnuchin and the White House “unacceptable,” as it would have provided much less funding for unemployment insurance and stimulus checks, compared to offers from Democrats.

To date, two of the biggest sticking points in the negotiations have included Democrats’ push for additional federal funds to help local and state governments, as well as Republicans’ support for liability protections for private businesses to limit, in part, employees’ ability to sue should they get sick.

Earlier Tuesday, McConnell asked Democrats to table both of those two issues until the new year, but Democratic leaders were quick to say no to his idea as well.

Where other parts of the deal-making this week have centered on specific dollar figures, the issue of liability protection for businesses reveals a real philosophical divide between the two parties and it remains to be seen if enough Democrats could get onboard with any bill that includes provisions like these. More, some progressives have indicated they may also oppose the bill if it lacks another round of direct relief payments to individuals.

The countdown clock is ticking as millions of Americans face the threat of eviction, food insecurity and unemployment this winter.

Private tensions are boiling over in the public sphere, as factions of the Arizona Republican Party duel over election results. Party Chairwoman Kelli Ward, a close ally of Trump’s, is fighting with establishment Republicans in the state who have accepted the results of the election and played a role in increasing public confidence in the process, such as Gov. Doug Ducey

Ward has been in and out of courtrooms since the election, with minimal success, and is now asking members of the state legislature to call a special session to ideally overturn the results of the vote and grant new electors to Trump. On Monday, 28 members and members-elect of the state legislature penned a letter calling on state leadership, including the Republican governor, to decertify election results.

Republican Speaker of the House Rusty Bowers shut down such requests himself, even after calling for an audit of Maricopa County election machines, saying the state legislature had no constitutional power to grant a new slate of electors.

Ducey, who was previously in the president’s good graces, hasn’t addressed the idea of a special session or decertifying the results. Instead, he said last week that he’d see the legislature in January, when they’re scheduled to meet. Republicans across the state argue that should significant evidence be presented in a courtroom, it will be treated with due process, but so far there is none which would give Ward and the GOP a compelling legal argument.

FiveThirtyEight’s Politics Podcast. The November election was the seventh time in eight elections that Republicans lost the national popular vote and was a rare loss for an incumbent president. In this installment of the FiveThirtyEight Politics podcast, the crew asks why President Trump lost and considers the challenges facing the Republican Party electorally. They also check in on FiveThirtyEight’s newly launched polling average of the Senate runoff elections in Georgia. https://53eig.ht/33UeY2s

All set for first phase local body polls in Kerala