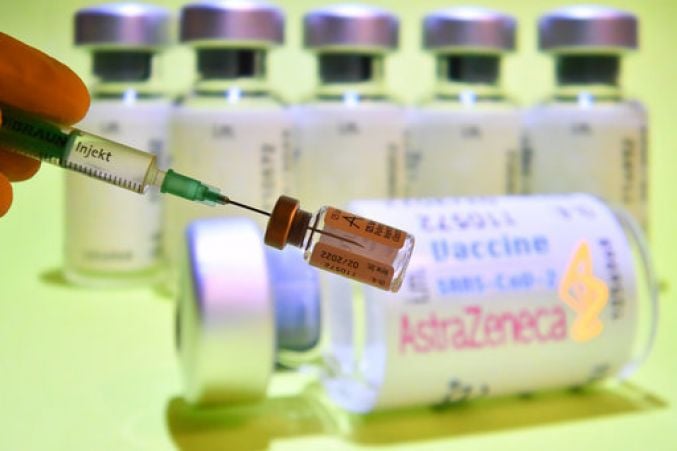 AstraZeneca is currently working to produce a Covid-19 vaccine with Oxford University.

Britain’s AstraZeneca has agreed to buy US drugmaker Alexion Pharmaceuticals for $39 billion (€32.1 billion) in cash and shares to bolster its positions in immunology and rare diseases.

AstraZeneca, one of the frontrunners in the drug industry’s search for a Covid-19 vaccine, said Alexion shareholders would receive $60 (€49.53) in cash and about $115 (€94.93) worth of equity, either in London-traded ordinary shares or in dollar-denominated American Depositary Shares.

“This acquisition allows us to enhance our presence in immunology,” AstraZeneca Chief Executive Pascal Soriot said in a statement. “Alexion has established itself as a leader in complement biology, bringing life-changing benefits to patients with rare diseases.”

The British company said the boards of both companies had approved the deal which, subject to regulatory and shareholder approval, is expected to close in the third quarter of 2021.

Alexion shares have struggled in the last few years as investors have wondered whether the company had a follow-up therapy to its best-selling franchise that treats rare diseases – a stock market performance that has made it seen as a possible takeover target.

Hedge fund Elliott Management, one of the world’s most powerful activist investors, had been urging Alexion to sell itself for months and in May spoke out publicly one day before the company’s annual shareholder meeting.

The fund, which had held private meetings with the company, argued that CEO Ludwig Hantson’s “go-it-alone” approach had failed to gain traction and that its plan to buy rivals to diversify its research pipeline were leading in the wrong direction.

Elliott first invested in Alexion in 2017 when the share price was only slightly lower than where it closed at $120.98 (€99.87) on Friday. Elliott did not immediately respond to a request for comment.

Soriot told a media call the deal was the result of exclusive talks, and no competitive bidder was involved.

AstraZeneca finance chief Marc Dunoyer told the same call that a capital increase for the equity component of the transaction would take place at the closure of the deal.

On AstraZeneca’s experimental Covid-19 vaccine, being developed with Oxford University, Soriot said it was not yet clear if the company would need results from a US clinical trial before filing for approval with US regulators.

Assuming positive results from that trial, the company should be able to submit the vaccine to US regulators within the next six weeks, he added.

Dublin pharmaceutical plant to close with loss of 450 jobs

Stena Line doubles frequency and capacity of sailings to continent