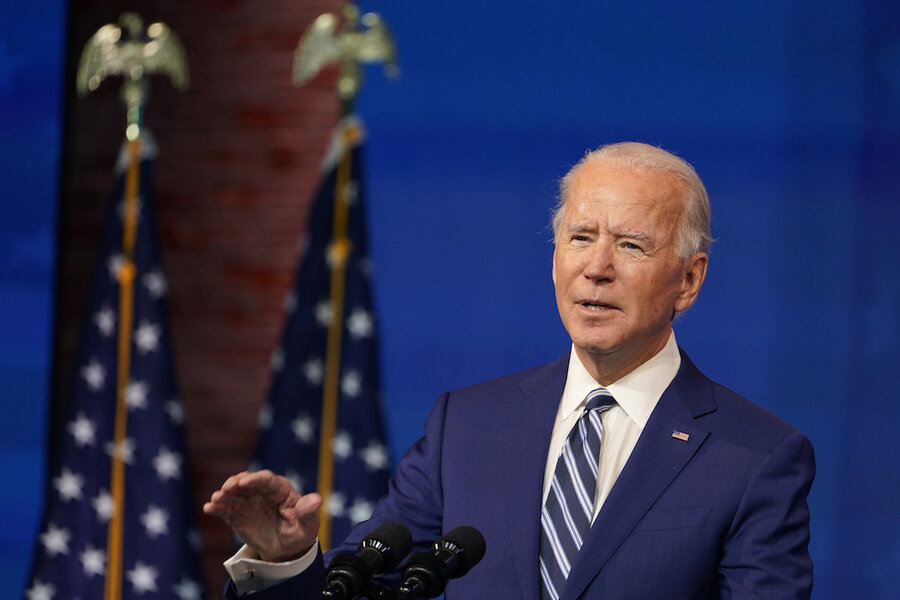 President-elect Joe Biden is getting the old gang back together.

Increasingly deep into the process of selecting Cabinet members and other senior staff, the incoming Biden administration has a distinctly Obama feel.

That’s on top of Mr. Biden already tapping Mr. Obama’s agriculture secretary, Tom Vilsack, to head the department once again, former Secretary of State John Kerry to serve as special envoy on climate and Mr. Kerry’s Obama-era deputy Antony Blinken to lead the State Department. Jeff Zients, who did stints as acting Office of Management and Budget director and a top economic adviser in the Obama White House, will return as Mr. Biden’s coronavirus response coordinator.

With the exception of President Donald Trump, a political outsider when he was elected in 2016, it’s been common in recent history for new presidents to rely heavily on pools of talent that had cut their teeth in their parties’ previous administrations when filling out their own government. But Mr. Biden, who is assuming the presidency in the midst of the worst public health crisis in a century and a flagging economy, is putting a greater premium on past experience and, as a result, has gone frequently back to the Obama well as he fills out his government.

“Many of the folks who are returning are returning because they believe in public service and know that after four turbulent and destructive years and a brutal pandemic, this is a particularly important time to serve,” said David Axelrod, who served as a senior adviser to Mr. Obama. “Their experience is valuable. Their values and outlooks are consonant with [Mr. Biden’s]. The challenge is to look forward and not back and innovate beyond what’s simply been broken.”

But the swelling ranks of Obama officials in Mr. Biden’s orbit seem to have some limits.

Former Chicago Mayor Rahm Emanuel, a three-term former congressman who served as Mr. Obama’s first White House chief of staff, seems increasingly unlikely to win a Cabinet post. He had lobbied for the yet-to-be-filled transportation secretary slot but has faced criticism for his handling as mayor of the 2014 deadly police shooting of Laquan McDonald, a Black teen shot 16 times by a white officer.

The reliance on Obama veterans carries some risks. For one, some of the nominees represent the Washington establishment that Mr. Trump dubbed the “swamp” during his 2016 campaign and are still distrusted by some Republicans.

Progressive Democrats, meanwhile, view the Obama era with frustration, believing that those in power acted too cautiously at a time that called for bold change. They’re pressing Mr. Biden to focus in particular on the diversity of his Cabinet after several early picks were white men.

Rep. Alexandria Ocasio-Cortez, a New York Democrat, questioned earlier this week “the overall message” that Mr. Biden is aiming to send with his Cabinet picks. And the left-leaning climate group Sunrise Movement on Thursday called the pick of Mr. Vilsack for agriculture secretary over Rep. Marcia Fudge, an Ohio Democrat who was looking to become the agency’s first Black secretary, as a “slap in the face to Black Americans.”

Mr. Biden did nominate Ms. Fudge to serve as housing and urban development secretary and retired four-star Army general Lloyd Austin to serve as defense secretary. If confirmed, he would be the first Black Pentagon chief.

The president-elect’s allies say he’s making good on his pledge to fill out a Cabinet that reflects the diversity of the nation while putting a premium on the ability of his picks to hit the ground running.

“Each of these nominees are forward-thinking, crisis-tested, and experienced, and they are ready to quickly use the levers of government to make meaningful differences in the lives of Americans and help govern on day one,” the Biden transition team said in a statement.

Former aides to Mr. Vilsack said he felt the need to return to duty, in part out of loyalty to Mr. Biden and to attempt to repair a bedraggled agency gutted with career staff departures and program cuts during the Trump administration.

Ms. Rice, a longtime Democratic foreign policy expert who was in the running to serve as Mr. Biden’s vice president, will switch gears in her domestic policy role to help shape the administration’s approach on immigration, health care, and racial inequality. The appointment of Ms. Rice is expected to lift the prominence of the role of the White House Domestic Policy Council.

Mr. McDonough, who served through most of Mr. Obama’s eight years as National Security Council chief of staff, deputy national security adviser, and finally as White House chief of staff, was plucked to lead the sprawling Department of Veterans Affairs.

With a thinned majority in the House and a closely divided Senate, leaning on former Obama world aides to fill senior White House positions will be a necessity for Biden world for at least the first two years of his term, said University of Chicago political scientist William Howell.

“If you’re a liberal looking for sweeping change, you’re going to be disappointed, both in terms of its politics and the ambition of his agenda,” Mr. Howell said. “The Cabinet he’s putting together is consistent of both the hand he’s been dealt and moderate position that delivered him the nomination.”

Mara Rudman, a senior adviser on national security affairs in the Obama and Clinton administrations, said the tug back to government of her former colleagues reflects an acknowledgement of the enormity of the public health and economic crises. But, she added, there’s also a desire to repair the breach in public trust caused by Mr. Trump’s norm-shattering four-year term.

“This is a moment,” said Ms. Rudman, who is now executive vice president for policy at the liberal Center for American Progress. “Obviously, there is getting the vaccine distribution and pandemic relief out to the public. But there’s also an urgency on a whole host of fronts showing that American institutions can deliver for the American people.”

“The problems that each of these agencies is faced with solving are so significant and consequential,” Mr. Earnest said. “There needs to be a focus on what we can do now.”

2 businesses that lived through US history show American traditions