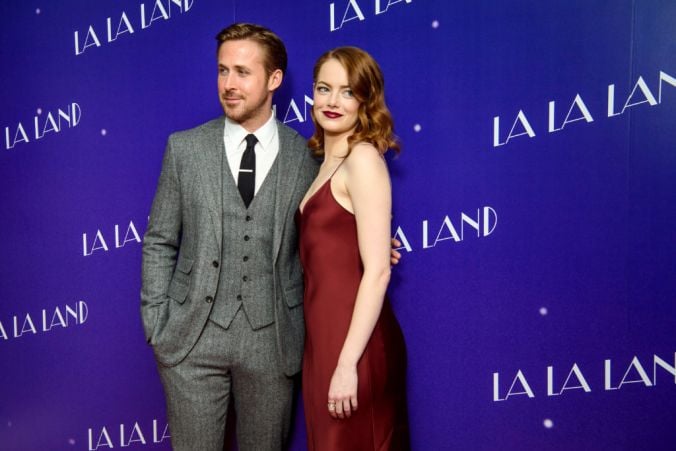 To celebrate the arrival of The Prom on Netflix this week starring Meryl Streep, James Corden and Nicole Kidman, Damon Smith chooses his favourite musicals of the 21st century

Kevin Lima’s smart and sassy tale of a storybook princess at large in New York City cleverly upholds and subverts fairytale conventions to glorious effect. Combining animation and live action, Enchanted has all the ingredients of a modern classic: great performances, rumbustious comic set pieces, a sprinkling of romance and just enough heartfelt sentiment to draw a goofy, contented grin.

Screenwriter Bill Kelly affectionately pokes fun at Disney’s catalogue of fables and morality tales (Cinderella, Sleeping Beauty, Snow White), contrasting the idealism of the animated world with the cynicism and shattered dreams of reality. When the two collide, it’s hysterical.

Thus, the vivacious heroine sings for animal pals to help her clean a New York apartment and her melodious call is answered by an army of rats, cockroaches and pigeons. Amy Adams plays her role with boundless charm and childish innocence while Susan Sarandon and Timothy Spall ramp up the hiss-boo factor of their pantomime villains. Enchanted – you most certainly will be.

Loosely based on The Snow Queen by Hans Christian Andersen, Frozen proves that Disney’s animated heroines have come of age. Long gone are the rose-tinted days when princesses waited for Prince Charming to sweep them off their feet. Now, the spunky, independent and self-assured young women are just as smart and resourceful as their male counterparts and they don’t need the love of a man to affirm their self-worth.

Frozen is a terrific fairytale adventure that melds old-fashioned values with state-of-the-art visuals and a rousing musical score with infectious songs like Let It Go by husband-and-wife team Robert Lopez and Kristen Anderson-Lopez. Every beautifully crafted frame is crammed with wit and joy, drawing in viewers of all ages to the story of two sisters battling against the elements and their fears to claim their rightful place on the throne of Arendelle. Directors Jennifer Lee and Chris Buck don’t let the pace flag and the 108 minutes pass in a blur of laughter, tears and frost-bitten action sequences.

Roll up and rock out for director Michael Gracey’s hyperkinetic, foot-stomping musical based on the topsy-turvy life of circus impresario Phineas Taylor Barnum. Razzle smooches dazzle in every breathlessly choreographed, crowd-pleasing frame of a rags-to-riches fairytale set to a wickedly infectious score composed by Benj Pasek and Justin Paul, who pirouetted away with Oscars for La La Land.

Unquestionably, the script co-written by Jenny Bicks and Bill Condon is light on characterisation and polishes the morally questionable legacy of manipulator P.T. to a sanitised lustre. Despite these failings, Gracey’s picture is a joy-infused, whoop-inducing blast of pure pleasure that calibrates every swoon of romance and doff of a top hat with masterful precision.

Hugh Jackman catalyses a sweet screen romance with Michelle Williams in between spectacularly staged musical sequences that frequently take our breath away. Zac Efron and Zendaya take flight in their duet Rewrite The Stars, defying gravity in a daredevil feat worthy of Barnum himself.

Inspired by the 1988 John Waters film and smash hit 2002 Tony Award-winning Broadway musical, Adam Shankman’s all singing, all dancing spectacular is proof positive that size matters – the size of your heart that is. Set in 1962 Baltimore – a city riven by racial inequality – Hairspray is a feel-absolutely-blinking-marvellous fable, which puts a hip-swivelling spin on the Cinderella fantasy.

Director Adam Shankman, who spent the first part of his career as a dancer and choreographer, returns to his high-kicking roots, delivering a toe-tapping tale of tolerance and understanding that bursts at the seams with joy. The stellar cast appears to be having a ball and their energy is infectious, carrying the film along on a wave of rousing musical numbers and tender emotion.

Screenwriter Leslie Dixon performs cosmetic surgery on the stage musical, lipo-suctioning several musical numbers to keep the running time under two hours, including the anthemic “Mama, I’m A Big Girl Now” which is consigned to the end credits.

Rocky Horror eat your heart out. John Cameron Mitchell’s off-Broadway musical is a pithy tale of love lost and found, transexuals, jelly candies and sugar daddies. Adapted and directed for the screen by its creator, Hedwig And The Angry Inch is unspeakably good fun, enlivened with saucy innuendo and rocking tunes. The film has cult appeal written all over it (in luscious scarlet lipstick!).

As the gender-bending heroine, Mitchell is simply mesmerising, clad in a succession of eye-popping outfits. He delicately draws out his character’s melancholy and lust for life. The writer-director retains the excitement of the theatre version by singing musical numbers live on camera and he encourages viewer participation with on screen lyrics.

The main action is interspersed with Emily Hubley’s quirky animations. These are extremely effective during the ballad “The Origin Of Love”, in which Hedwig recounts a story from childhood about the creation of men and women. Wunderbar!

But there is so much more to Chazelle’s story of boy meets girl than doe-eyed glances and pat sentiment, including a heart-wrenching second act that affirms the need for everyone to chase their dreams, but also acknowledges the acrid pill we must swallow when reality bites down to the bone.

Ryan Gosling and Emma Stone electrify as a double-act in high energy song and dance sequences. Both are gifted emotionally wrought solos – City Of Stars and Audition (The Fools Who Dreams) respectively – that galvanise their perilously fragile central romance and break our foolish hearts.

Dust off your dancing shoes because Mamma Mia! is a toe-tapping, hip-swaying delight. Director Phyllida Lloyd and writer Catherine Johnson, who masterminded the stage version, work their magic with an all-star cast including Meryl Streep, Pierce Brosnan and Colin Firth.

From the opening strains of “I Have A Dream” in dreamy moonlight to the full-cast rendition of “Waterloo” in glittery catsuits and platform boots, this rollicking romance set to the chart-topping ABBA songbook is 109 minutes of pure, undiluted joy. It’s so much unbridled fun, Mamma Mia! should be prescribed on the NHS. It doesn’t matter a jot that some of the male cast can’t hold a melody. Indeed, the roughness of vocal performances adds to the film’s boundless charm.

Cast throw themselves into each brilliantly choreographed number with unrestrained gusto, including impressive mid-air splits from Streep as she bounces on a bed singing “Dancing Queen”. Co-star Julie Walters shamelessly scene-steals with her comic exploits. Resistance is futile.

A spoonful of nostalgia – make that several heaped spoonfuls – helps the joy-infused medicine of Rob Marshall’s 1930s-set musical fantasy go down in the most delightful way. Based on the books by PL Travers, Mary Poppins Returns prescribes two hours of pure, sentiment-soaked escapism to banish the winter blues and jiggedy-jog our weary souls.

It’s a lavishly staged carousel of whoop-inducing song and dance numbers that kicks up its polished heels in the face of cynicism and affectionately harks back to the 1964 Oscar-winning classic directed by Robert Stevenson. The sequel’s centrepiece, Trip The Light Fantastic, is modelled on Step In Time with its acrobatic troupe of lamplighters and syncopated choreography. Emily Blunt is practically perfect in every way, making her entrance with a reverential nod to Julie Andrews – “Close your mouth, Michael. We are still not a codfish!” – as the London-born actress makes this iteration of the role her own with effortless efficiency.

Tom Hooper, Oscar-winning director of The King’s Speech, dreams a dream of immortalising Claude-Michel Schonberg and Alain Boublil’s powerhouse musical without the conventional safety net of lip-synching. That audacious gamble – asking the actors to sing live in every take – pays off handsomely, teasing out the heartbreaking emotion in an adaptation of a stage show which has become a global phenomenon.

His film embraces the Schonberg and Boublil songbook with bold directorial flourishes and tour-de-force performances, including a cri de coeur from Anne Hathaway as Fantine that secured her an Academy Award. With the benefit of live singing, cameras capture the actors in lip-quivering close-up. The cast is superb – Samantha Barks breaks hearts with her knockout rendition of On My Own and Eddie Redmayne matches her note for soaring note.

Baz Luhrmann is a cinematic genius. With William Shakespeare’s Romeo + Juliet, he made the Bard hip, exhilarating and deliciously sexy. In Moulin Rouge, he drags the big screen musical kicking and screaming into a new millennium – sequins, stilettos et al. The film is an exuberant and dazzling love story, set against the glamorous and decadent facade of Paris’ infamous nightclub were young poet Christian (Ewan McGregor) falls under the spell of legendary courtesan Satine (Nicole Kidman).

From the jaw-dropping opening sequence to heart-breaking denouement, Moulin Rouge is a white-knuckle ride of snappy editing, special effects and visual trickery. It’s a truly breathtaking spectacle but hold on tight – it’s not a film for the faint-hearted. Luhrmann wears a hopelessly romantic heart on his sleeve, crafting a tragic love story that bombards our senses with whirling colour.