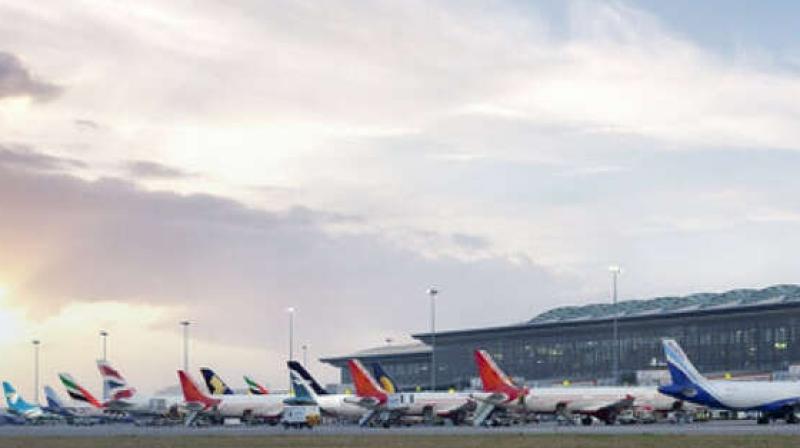 Hyderabad: Chief Minister K. Chandrashekar Rao hinted at the possibility of Telangana state getting its second international airport at Siddipet in the near future on Thursday. He said this while laying the foundation stone for an IT Park at Duddeda village in Kondapak Mandal of Siddipet district. The airport, when it materialises, will be in addition to the Rajiv Gandhi International Airport at Shamshabad.

“Siddipet is a dynamic place and is close to Hyderabad. We can expect another international airport in the area around Siddipet in the future. The establishment of an IT Tower will facilitate development of Siddipet on all fronts,” the Chief Minister said.

The IT Tower is being constructed by the state government at a cost of over Rs 45 crore in three acres with a built-up area of 60,000 square feet in two phases. The first phase is expected to be completed in a year.

Rao said that it is fortunate that four entrepreneurs from Siddipet who settled in the US had come forward to set up their establishments in the IT Tower.

He said the four firms will provide employment to 900 people and that the four entrepreneurs have already signed MoUs with the IT department.

Stating that around 3,000 people will get employment directly and indirectly through the IT Tower, Rao disclosed that temporary accommodation will be provided to the four entrepreneurs to start up their activities without waiting for completion of the tower.

He congratulated entrepreneurs for evincing keen interest in setting up their establishments in the proposed IT Tower.

KCR to leave for Delhi this afternoon