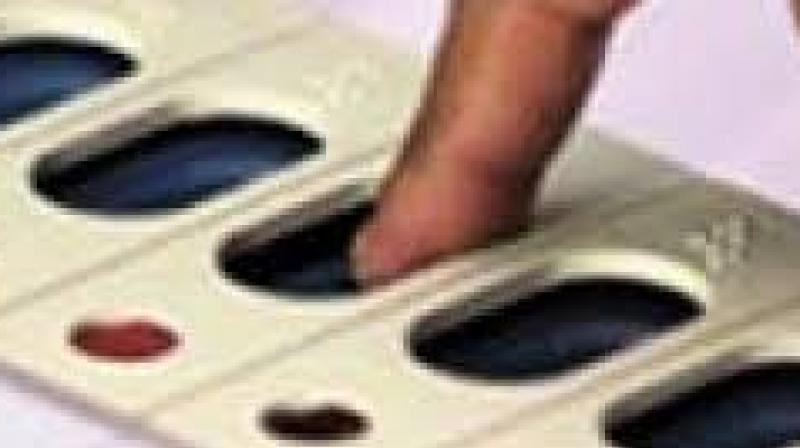 THIRUVANANTHAPURAM: Huge voter turnout was witnessed in the second phase of local body elections in Kerala  with the state recording 76.38  percent polling on Thursday.

The polls went off peacefully with no incident of violence being reported from any part of the state. However, there were routine complaints of EVM snag in some polling stations which held up polling for a brief period.

While the three major fronts; the CPM led ruling LDF, Congress led UDF and BJP led NDA made claims and counter claims about their electoral prospects, the top leadership of these parties are keeping their fingers crossed over  the heavy turnout.

LDF convenor A Vijayaraghavan said the ruling front is going to register a significant victory in the polls while Congress leader and former minister Thiruvananchoor Radhakrishnan said the high voter turnout indicated the electorate’s anger against the government of the day. The BJP leaders claimed that the two fronts were in for a surprise this time.

The LDF and UDF are locked in a direct fight in Ernakulam, Wayanad and Kottayam districts, while the BJP is putting up a stiff competition  in Thrissur and Palakkad districts where triangular contest is likely to be witnessed in many wards. Both LDF and UDF are hopeful of making a dent in each other's strong bastions  Kochi and Thrissur corporations.

Meanwhile, Congress MLA Anil Akkara lodged a complaint with the election commission against local bodies minister A C Moideen accusing him of casting his vote before the polling began officially at 7 am. The minister, according to him , cast his vote at 6.55 am which is a violation of the rule.

In the third and final phase the northern districts of Malappuram, Kozhikode, Kannur and Kasargod will go to polls on December 14.

The counting of votes is on December 16.