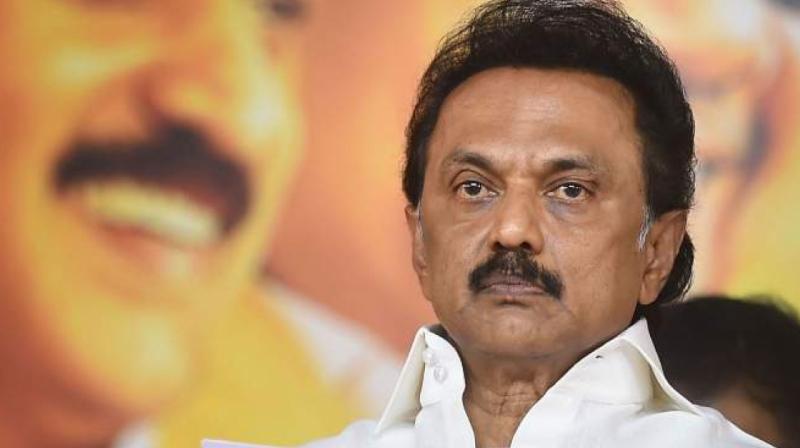 Chennai: DMK President M.K. Stalin visiting a small clinic after feeling dizzy while distributing relief material to people affected by the recent floods in his Kolathur Assembly constituency created a buzz in social media, triggering speculations about his health condition, on Friday morning.

Though Stalin felt okay soon after complaining of giddiness, North Chennai MP, Kalanidhi Veerasamy, a medical doctor, advised him to have his blood pressure checked and guided him to a nearby clinic.

Since Stalin’s blood pressure was a bit high, he was asked to wait for some time inside the clinic. In the meantime, news about Stalin ‘taking ill’ spread like wildfire with social media whirring with rumours on his hospitalisation.

After an hour, he went to Sri Ramachandra Medical College and Hospital, where he underwent a check-up followed by consultation with senior doctors.

From the hospital he drove straight to Anna Arivalayam and inaugurated the new office rooms set up for the general secretary and treasurer.

Subsequently, he put up a Facebook post affirming that the protest, organized by the DMK demanding the removal of the toll gates within Chennai Corporation limits, would continue till the demand was met.

Donald Trump’s defeat is good. Why does it feel so bad?