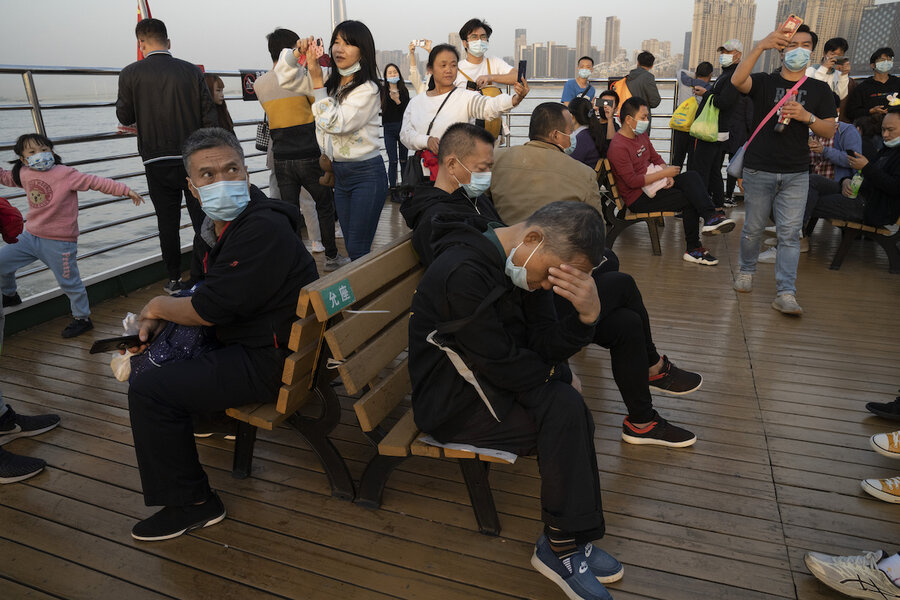 Workers have returned to factories, students are back in the classroom and once again long lines form outside popular hot pot restaurants. In major cities, wearing a surgical mask – though no longer required outside of subways and other crowded places – has become a habit.

In many ways, normal life has resumed in China, the country where COVID-19 first appeared one year ago.

“It feels like life has recovered,” said moviegoer Meng Xiangyu, when Beijing theaters re-opened with 30 percent of their seating after a six-month hiatus. “Everything feels fresh.”

China’s ruling Communist Party has withdrawn some of the most sweeping anti-disease controls ever imposed, but remains on guard against fresh outbreaks and cases from abroad. Health authorities report a dozen or so imported cases every day.

The challenge is jobs: The economy is growing again, but the recovery is uneven. Many big manufacturers are back to normal, but consumer spending remains tepid and smaller companies are contracting or closing.

By mid-December, the country had reported just six cases per 100,000 people. China does not include people who test positive but show no symptoms in its confirmed case counts.

Questions persist about how officials initially tried to cover up the outbreak and whether it was larger than the government has acknowledged. The lockdown came too late to prevent the then-unnamed disease from ravaging the city of Wuhan and seeping out to the rest of China and overseas.

But since March, when COVID-19 was largely curbed at home, authorities have moved swiftly to stamp out any reappearance, locking down neighborhoods and conducting widespread testing.

“What was the most dangerous place is now the safest place of all,” said Chen Jin, who sells barbecue skewers at an outdoor night market in Wuhan. His business hasn’t recovered but he hopes to see more customers in 2021.

Life has changed. Virtually everyone has a smartphone app that indicates if they have been in an infected area. It must be shown to gain admission to many office buildings, shopping centers, and tourist sites. Some attractions limit the number of daily visitors.

With each passing day, though, those restrictions seem less strictly enforced. People remain cautious – a few still use a tissue or glove to avoid touching elevator buttons – but the pervasive fear has largely evaporated.

Crowds thronged popular destinations with little or no social distancing during the last major holiday in October, as domestic travel bounced back to 80 percent of the year before.

For some, though, it’s impossible to shake a new-found unease. Wuhan native Zhu Tao used to think about his future and that of his country. “We now do not care about anything other than how our family, the three of us, can live through this year,” he said.

In the early days, authorities squelched warnings about the outbreak, reprimanding several Wuhan doctors for “rumor-mongering” after they alerted friends on social media. They delayed releasing critical information about the virus, even as hundreds of patients showed up at hospitals and the potential dangers became increasingly evident.

Once the Communist Party leadership mobilized, it moved decisively. The Jan. 23 lockdown announcement came in the middle of the night, and as often in China, with no warning or public debate. No one could enter and no one could leave the city of Wuhan, home to 11 million people. In the ensuing days, it was expanded to most of the rest of Hubei province.

As Wuhan hospitals overflowed, patients with mild symptoms were sent home, where they infected others. Police rounded up citizen-journalists posting online video reports detailing the dire conditions. State media focused on the heroic efforts to save people but not the shortcomings that made those efforts necessary.

The Communist Party has held up its relative success in controlling the pandemic as validation for its one-party rule.

And in a sense, the crisis illustrates the strength of the system, and its dark side.

The virus has been kept at bay – but only because of the government’s power to dictate monumental changes, and its willingness to use surveillance and censorship to control its people.

Tokyo Games budget balloons. Who will pay for the extra costs?