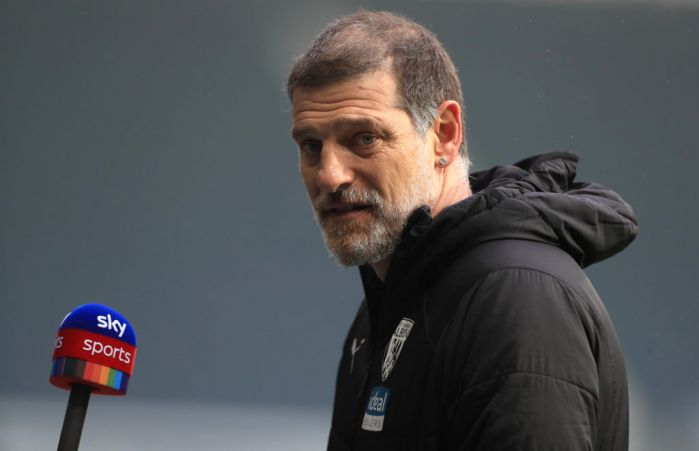 West Brom have sacked manager Slaven Bilic less than 24 hours after he led the promoted side to a creditable draw at Manchester City.

Having taken the reins at the Hawthorns last summer, the former Croatia and West Ham boss ended his first season at the Baggies helm with automatic promotion as Sky Bet Championship runners-up.

West Brom have found life tough back in the Premier League and sit 19th in the standings on seven points following Tuesday’s 1-1 draw at the Etihad Stadium.

Reports emerged after the match that the Croatian was set to be sacked and the West Midlands club called time on his 18-month stay on Wednesday lunchtime.

“The Baggies are currently 19th in the Premier League table with seven points from 13 fixtures.

“Albion would like to thank Slaven and his coaching staff for their efforts in achieving promotion last season and wish them all well in the future.

“The club will make no further comment at this time.”

Sam Allardyce, who has been out of work since leaving Everton in 2018, has swiftly emerged as the main contender to replace Bilic.

The former England boss has cancelled upcoming work with talkSPORT and is reportedly set to sign an 18-month deal at the Hawthorns.

Bilic, who becomes the first Premier League manager to lose his job this season, said following Tuesday’s draw at City he was “calm” about his future with the Baggies.