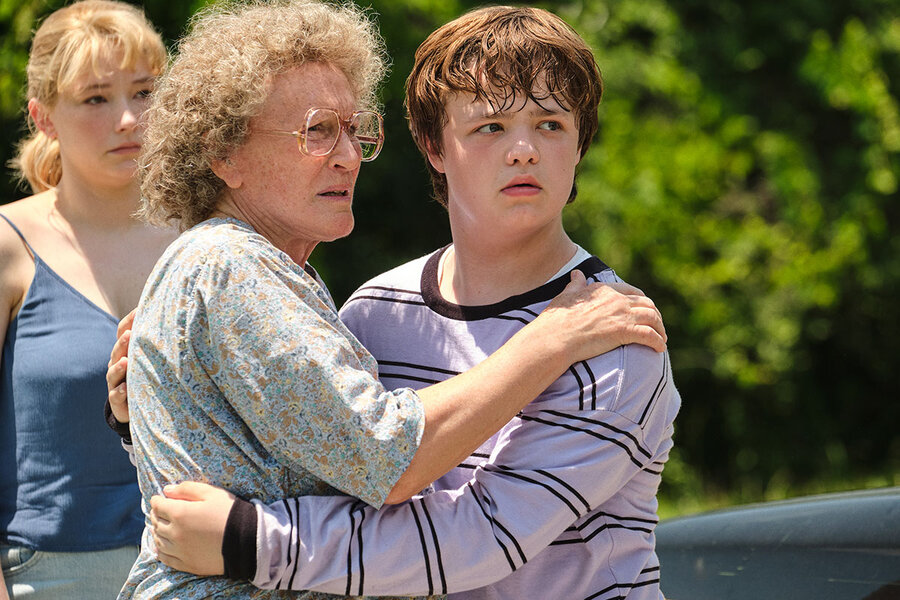 It’s a touchy topic. White, rural voters have been excoriated in some quarters of the media for voting for Donald Trump. Consequently, popular culture depictions of those in the countryside are often viewed through a political lens. Those living in small-town America worry about how they’re portrayed by filmmakers who’ve parachuted into a locale. Others argue that the outsider storytellers can bring fresh perspectives to socioeconomic issues. But there’s also widespread agreement that Hollywood should venture into the outer reaches of red states more often and try to tell nuanced stories about what unites and divides us.

“One of the things that drives the fury of Trump voters is that they feel looked down on and stereotyped, belittled by who they perceive as the elite,” says Ty Burr, movie critic at The Boston Globe. “The things we don’t address in the movies and in popular culture are issues of class, issues of ethnicity. You’ve got to be intersectional with this stuff. It’s not just, poor people living in the country love Trump and the middle class and upper-middle class people in the cities and suburbs love Biden. Maybe it’s a lot more complicated than that.”

The recent sequel to the hit comedy “Borat” doesn’t exactly reflect that complexity. In the guise of the titular journalist from Kazakhstan, actor Sacha Baron Cohen visits two Trump voters in an unspecified small town. The subjects of Mr. Cohen’s candid-camera prank come across like a modern-day version of “Li’l Abner.” As they pore over QAnon conspiracy theories in their cabin home, the movie invites audiences to laugh at the sweet-natured duo’s simpleminded gullibility.

Those tropes of rural Americans as ignorant, wild, drunken, and lazy are one reason why Dee Davis founded the Center for Rural Strategies. The nonprofit based in Whitesburg, Kentucky, strives to present accurate portraits of rural cultures as a way to deepen public debate and improve economic conditions for countryside communities. In 2003, Mr. Davis marshaled a successful campaign to dissuade CBS from producing a “catfish-out-of-water” reality television show called “The Real Beverly Hillbillies.” But other shows such as MTV’s reality series “Buckwild” and TLC’s “Here Comes Honey Boo Boo” have perpetuated stereotypes.

“Rural people want to be known for pulling their weight, not people who have to be taken care of, or who are jokes, or who are bigots,” says Mr. Davis. “They may not vote the way you want them to vote. But if you run into a ditch in front of a Trump voter’s house, they’re still going to find a way to pull you out of there and they’re going to offer you supper.”

Yet the recent horror franchises “Wrong Turn” and “The Hills Have Eyes” suggest that urban visitors to the countryside will be set upon and eaten by rural people. According to some scholars, such portrayals are rooted in the idea that urbanized capitalism represents the progress of civilization. Thus hillbillies are savages who can be left behind.

Then again, when Hollywood rails against capitalism or materialism, the reverse happens. Movies serve up beatific visions of small towns as hearths of the nation in which salt-of-the-earth communities eschew the rat-race lifestyle, uphold simple virtues, and bake apple pies for each other. Think “It’s a Wonderful Life,” “The Spitfire Grill,” “Doc Hollywood,” or anything on the Hallmark channel.

“In both cases, whether overromanticized or overvilified, it hides the complexity of what’s really going on in terms of the intertwining of the fates of urban and rural [areas], and the mobility of people between the two, and the shared values that occur across both,” says Emily Satterwhite, a professor of Appalachian studies and pop culture at Virginia Tech in Blacksburg.

One new movie that film critics have lauded for its realistic depiction of rural America is Chloé Zhao’s “Nomadland.” (Following an Oscar-qualifying limited release this month, it will be released nationwide on Feb. 19.) Filmed in Nebraska, the drama follows a former school teacher (played by Frances McDormand) who becomes a gig-economy itinerant worker after her factory town literally shuts down during a recession. The Chinese director offers a humanized portrayal of the rural underclass, which includes real-life RV park dwellers playing themselves. Mr. Burr, the film critic, says the characters in the movie may not be fully aware of how the system that they’re in is making their lives poorer. In that respect, the cinéma vérité of “Nomadland” presents an alternative to some of the prevalent narratives about poverty in Hollywood movies.

“They [often] become these dramatic stories of the ways in which individuals, through their own determination and heroic efforts, overcome the obstacles in their way,” says Stephen Pimpare, senior lecturer in American politics and public policy at the University of New Hampshire at Manchester and author of “Ghettos, Tramps, and Welfare Queens: Down and Out on the Silver Screen.” “So it winds up retelling what I would argue is this fiction, that poverty is the fault of the individual and something that can be remedied by altering individual behavior.”

Unlike some of its predecessors, “Hillbilly Elegy,” from Netflix, tells an aspirational story. The prestige drama is based on J.D. Vance’s memoir about how he worked his way up from a poor Appalachian family to earn a law degree at Yale University. But many critics lambasted the conservative author’s views on overcoming poverty, which include personal responsibility and hard work.

While promoting the movie, director Ron Howard has repeatedly emphasized that his adaptation – starring Amy Adams as Mr. Vance’s drug-addicted single mother and Glenn Close as his no-nonsense grandmother – is apolitical. The movie’s only overt nod to Mr. Vance’s views is a scene in which he complains to his Indian, Ivy League girlfriend about the difficulty Appalachian Hill People encounter when trying to overcome their socioeconomic status. She pointedly reminds him that her immigrant father arrived in America with nothing.

Arguments about “Hillbilly Elegy” tend to fixate on whether poverty should be alleviated through overhauling systems versus focusing on individual choices, says David French, author of “Divided We Fall” and a senior editor at The Dispatch. In fact, a careful reading of Mr. Vance’s book reveals that it sits somewhere between the two poles. He’s long argued for systemic fixes and rejected the rugged individualist brand of conservatism.

“The interesting thing about ‘Hillbilly Elegy,’ the movie especially, is that it does not give you the impression that what J.D. had to do was lift himself up by his own bootstraps,” says Mr. French, who recently interviewed Mr. Vance and Mr. Howard about the film. “He gives you the impression that people had to yank him up – like his grandmother, and specifically with [her] dramatic intervention into his life.”

In the case of Appalachia, some observers say that movies such as “Hillbilly Elegy” and “Winter’s Bone” depict such a narrow slice of life that viewers miss out on the culture and demographic diversity of a region of 25 million people that stretches from New York to Alabama. By perpetuating a narrative about extreme poverty in the region, some viewers wouldn’t suspect that millionaires live there, too. Black and Indigenous people, and LGBTQ individuals, are seldom represented, either. When Ms. York teamed up with Sally Rubin to co-direct the documentary “Hillbilly,” the progressive-leaning filmmakers set out to contrast the real Appalachia to media portrayals. Their aim was to humanize the region’s white voters – including Ms. York’s pro-Trump family members – during a fraught political moment.

“In Hollywood in the last five years, there has been a movement to diversify the industry, to be more inclusive. … The poor white people from the Appalachian Mountains are sort of that last remaining group of people that it’s OK to make fun of,” says Ms. York, who was born in Eastern Kentucky but now lives in Los Angeles. “I really hope that this ‘Hillbilly Elegy’ moment can really help us take a step forward in the media culture and in doing something that’s thoughtful.”

Whose ‘Nutcracker’? Rethinking a Christmas staple.