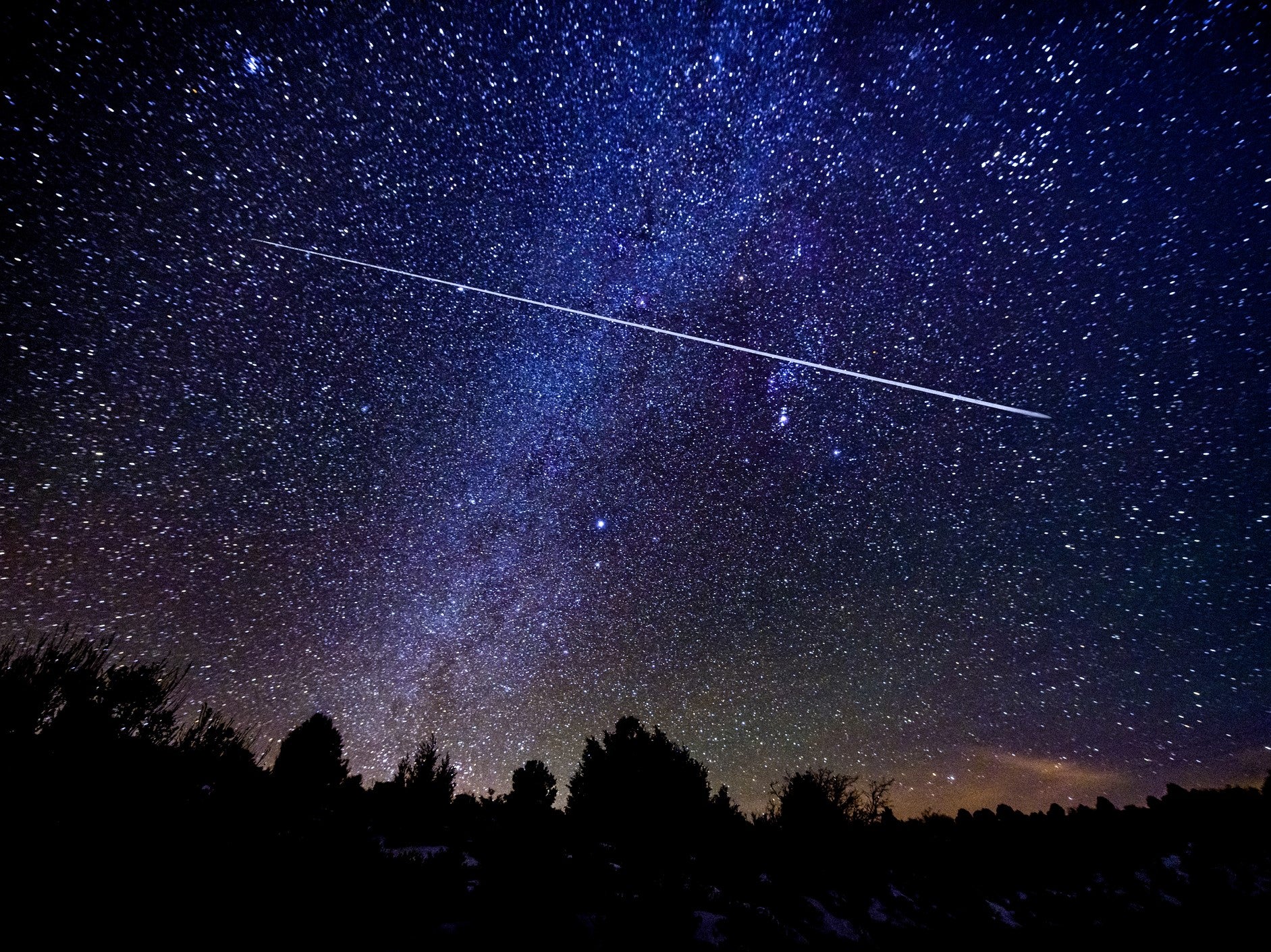 The astronomy calendar for 2020 has been packed full of celestial events, featuring supermoons, eclipses, rare Blue Moons, meteor showers, and even UFO-like satellite streams. As we enter the final month of the year, December still has a few treats in store for skygazers.

This December will see two meteor showers, a winter solstice, a planet conjunction, a full moon and even a total solar eclipse, depending on where you are in the world.

Here’s a full rundown of everything to expect for the month ahead.

The 2020 Geminids are set to be one of the best meteor showers of the year.

Peaking on the night of 13 December and the early morning of 14 December, the shower will be visible for nearly two weeks from 4-16 December.

It will appear visible all over the world, though the best showing of the spectacle will be in the northern hemisphere.

Its peak coincides with a new moon, so the meteors will appear extra bright in the night’s sky with no light pollution from the moon. Expect to see up to 50 meteors per hour, with the best time to watch generally being around 2am.

The moon will pass directly in front of the sun, forming a total solar eclipse in 14 December.

Unfortunately, the spectacle will only be visible for people in certain regions in the southern hemisphere.

The path of totality passes through a thin slice of South America, cutting across southern parts of Argentina and Chile.

A partial eclipse will be visible in Brazil, Paraguay, Uruguay, Peru and Ecuador, as well as in parts of Antarctica and south-westerly parts of Africa.

The last meteor shower of the year will coincide with the Winter Solstice, peaking on 21 December.

Anyone looking up to the night’s sky between 17-26 December might also catch an Ursid meteor, commonly referred to as a shooting star.

Even at its peak it will not be a match for the Geminid shower, with only between 5 and 10 meteors expected per hour.

The shortest day of the year holds special significance for Paegans, who will congregate at Stone Henge in the UK to celebrate the return of longer days.

But the day also holds significance for astronomers in the northern hemisphere, who will be able to enjoy the longest night of the year – weather permitting.

The Winter Solstice will also welcome what is known as the Great Conjunction, when the two largest planets in our Solar System come together in the night’s sky.

December’s event will be the closest Great Conjunction of Jupiter and Saturn in 397 years, with the two planets coming within 0.1 degree of each other – around one fifth of the moon’s diameter.

The rare event can be viewed by looking to the west just after sunset, where the two planets will appear to form a bright double planet.

The final full moon of the year, also known as the Cold Moon, will take place on 30 December.

Being so close to the Winter Solstice, December’s full moon will be surrounded by the darkest sky of any full moon this year.

The way 2020’s astronomy calendar has worked out, December’s full moon will actually be the 13th full moon of the year.

Elon Musk says SpaceX will go to Mars in two years, then humans in four

This material could store solar energy for years