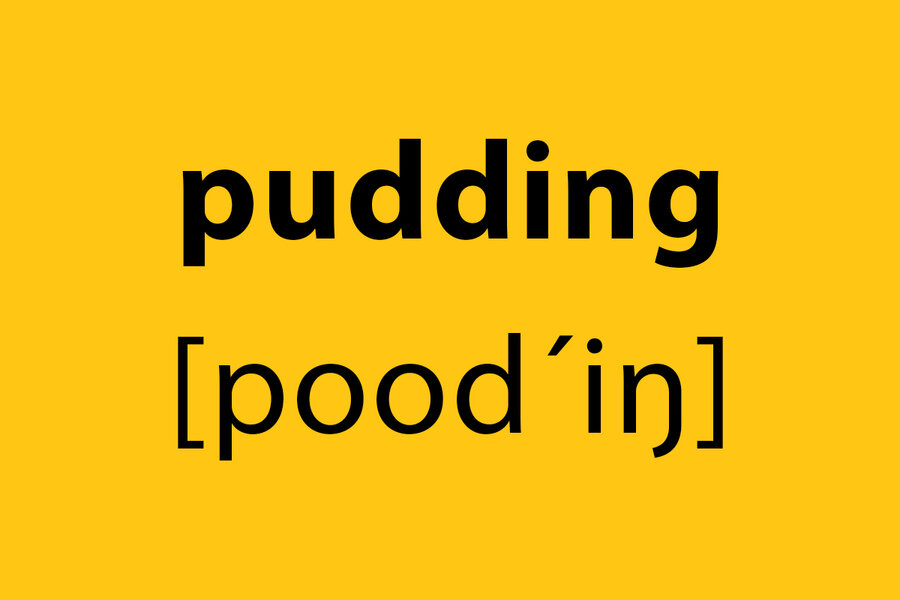 The first time I visited my husband’s family in England, one of his little cousins asked, “What’s for pudding?” after lunch. As an American, I was surprised. I had never met a family who loved that gelatinous and jiggly stuff so much that the question “What kind are we having today?” was warranted. But when cookies were produced instead, I understood that in Britain, pudding simply means “dessert.”

The first puddings were neither wobbly nor eaten for dessert, however. They were more like sausages: made from minced meat, a grain such as oatmeal, dried fruits, spices, and salt, and stuffed into a casing. The word pudding (first used circa 1200) in fact comes from boudin, a French word for a type of sausage. Haggis, the national dish of Scotland and “Great Chieftan o’ the Puddin-race,” as poet Robert Burns called it in 1786, is perhaps the best-known example.

This combination of protein, grain, and fruit, odd to modern American palates, was a handy and economical way to preserve meat. The fruit sugars, salt, and spices slowed the spoilage of the meat; the traditional method of preparation – boiling, for as long as eight hours in some cases – probably helped too.

Puddings were practical, but they were also beloved by the British. French scientist Samuel de Sorbière, who spent a year in England in 1663, reported with amazement that “The English … very much delight in pudding. … They think themselves so happy when they have a Pudding before them.”

In the 17th century, an innovative chef wrapped and cooked a pudding in cloth, making it seem less like a sausage. Sugar and dried fruit became less expensive, and other ways of keeping meat were developed, further freeing the pudding to become a dessert rather than part of the main meal. By the beginning of the 20th century, pudding referred to a cold, sweet, custardlike concoction in the United States, while it had come to stand in for all desserts in the United Kingdom.

This Christmas, my British relatives will be eating a plum pudding, which has been the pièce de résistance of holiday dinners since the Victorian era. It clearly echoes puddings past – it is a dark brown, dense combination of dried fruit, breadcrumbs, spices such as cloves and cinnamon, and beef suet, and it gets boiled for hours and hours. What it doesn’t have are actual plums, as plum here refers to raisins and currants.

In “A Christmas Carol” (1843), Charles Dickens describes the presentation of one such magnificent pudding: “Hallo! A great deal of steam! … A smell like an eating-house and a pastrycook’s next door to each other, with a laundress’s next door to that! … [A] speckled cannonball, so hard and firm.” Sounds, um, delicious? I’ll be sorry to miss it this year.