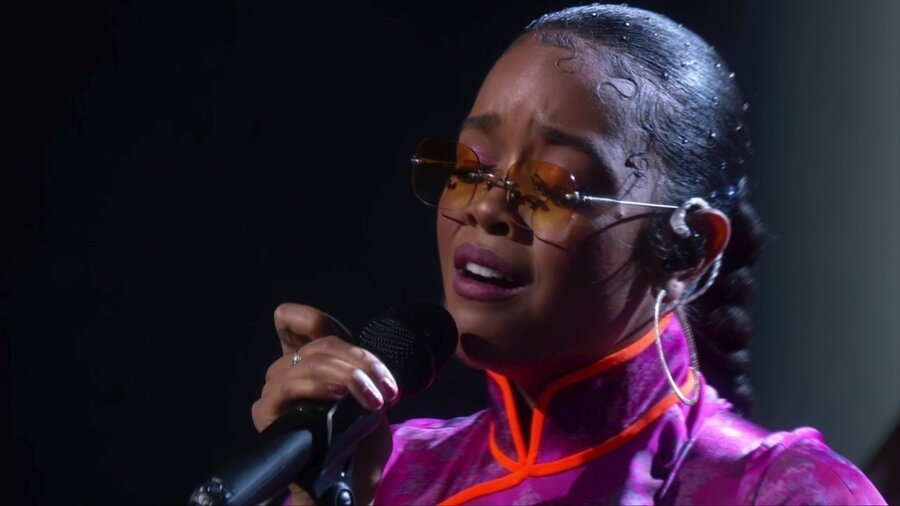 One thing that kept many people going in 2020 was music. In spite of the pandemic, female artists in particular released some of their best work. Their efforts reflect themes that may resonate more this year – compassion, confidence, and even heartbreak. Here are six standout songs chosen for their creativity and dauntlessness.

The title track from Chloe x Halle’s sophomore album easily describes the R&B duo themselves: ethereal and rhythmic. “Ungodly Hour” is a quiet yet incisive song in which lyrical gems like “When you decide you like yourself / Holler at me” easily fall on receptive ears. The sisters, both in their 20s, are wise beyond their years and possess the vocal range to turn skeptics into believers. The song reintroduces the world to artists who are working to bring light and love into considerably dim times.

The heartache queen surprised the world with the release of her studio album, “Folklore,” in July. While a good deal of her discography surrounding relationships is whimsical – and even a tad self-deprecating – this project excavates her most vulnerable emotions and makes for a remarkable listen. “Exile,” which features indie folk savant Bon Iver, is a brooding ballad about a devastating breakup. The collaboration feels wholly natural and makes listeners wonder what took the pair this long to join forces.

As H.E.R. continues to comfortably nestle herself in the R&B genre, the singer gets back to basics on the sultry single “Damage.” The artist pays homage to the greats who came before, sampling a Herb Alpert classic from 1987. On the surface, H.E.R. seems to be warning a potential lover of her willingness to walk away if she is not handled with care. Upon further inspection of the lyrics, it becomes clear that she is reluctantly showing her softer side. The risk pays off in the end, though. “Damage” is easily one of her most gratifying tracks to date.

One of 2020’s best moments was the release of Fiona Apple’s fifth album, “Fetch the Bolt Cutters.” Not only did it amass universal acclaim – it was the first album to receive a perfect score from Pitchfork since Kanye West’s 2010 album “My Beautiful Dark Twisted Fantasy” – but many critics declared it to be Apple’s very best work. Its lead single, “Shameika,” embodies the unfettered artistry of the songwriter by basking in its experimental nature. Theatrical wonderment can be heard in Apple’s cadence and intonation through the track, which remains one of her signature moves.

This dance anthem is an exciting peek into Rina Sawayama’s alternate universe, where confidence – and women – reign supreme. “Comme Des Garçons (Like the Boys)” is a pulsating romp that combines lighthearted boasts with hypnotic percussion. The singer is simply alluring on a song in which she shamelessly proclaims her greatness. Even though clubs feel like a distant memory, this particular tune is the audible equivalent of a dance party to end all dance parties. (Some explicit language.)

Rico Nasty, one of hip-hop’s boldest personalities, made major waves in December with the release of her debut album, “Nightmare Vacation.” The 20-something emcee has become famous for how quickly she can oscillate between complete rage and surprising docility. One of her sweeter moments on the record happens on “iPhone” where she masterfully blends bombastic instrumentation with cartoonish, synthesized vocals. Catchiness infuses her braggadocio.

Candace McDuffie is the author of the recently published book “50 Rappers Who Changed the World.”

Why the British are firmly set on ‘pudding’