The Vice President revealed the new name on Friday, at an event to commemorate the anniversary of the newest addition to the US armed forces. The move is one of US President ’s landmark pledges.

“Soldiers, sailors, airmen, marines and guardians will be defending our nation for generations to come.”

It wrote: “Today, after a yearlong process that produced hundreds of submissions and research involving space professionals and members of the general public, we can finally share with you the name by which we will be known: Guardians. 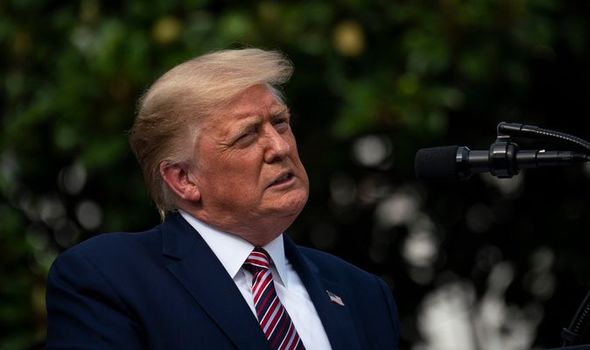 “The opportunity to name a force is a momentous responsibility.

“Guardians is a name with a long history in space operations, tracing back to the original command motto of Air Force Space Command in 1983, ‘Guardians of the High Frontier.’

“The name Guardians connects our proud heritage and culture to the important mission we execute 24/7, protecting the people and interest of the US and its allies. Guardians. #SemperSupra!”

However, some Twitter users mocked the new name as they likened it to Marvel’s superhero franchise ‘Guardians of the Galaxy’.

Today, after a yearlong process that produced hundreds of submissions and research involving space professionals and members of the general public, we can finally share with you the name by which we will be known: Guardians.

Some also pointed out the resemblance of the force’s logo with another space-inspired sci fi hit, Star Trek.

One Twitter user said: “At what point is this space organisation that’s never going to space and has the Star Trek logo and a name nicked from Marvel going to admit that you just like playing dress up.”

Another person added: “First they mimic the Star Trek logo, then they call for force Guardians of the Galaxy. Did no one Google this?”

A third commenter wrote: “I want to be sure to use their full title accurately, so has there been any word on whether they are Earth Guardians, Space Guardians or Guardians of the Galaxy?

The US Space Force spent “over a year” and a “research involving space professionals” to come up with this:

“And what is being done to keep the other services from calling them Trekkies?”

Another person wrote: “It took you a year to come up with a Star Trek logo and a Marvel name? Was your backup the Go-go Gadget Galactics or something?”

The group’s motto, “Semper Supra,” means “always above” in latin, and was first used by the space force in July.

President Trump ordered the US Department of Defence to form the Space Force when he signed Space Policy Directive-4 in February 2019. 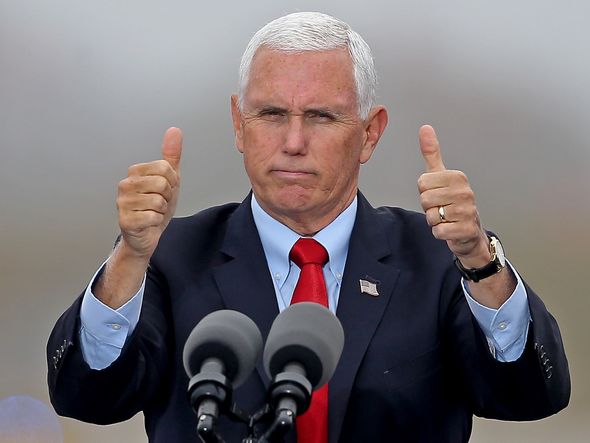 The Space Force was officially set up 10 months later, becoming the US’ latest military force since the Air Force in 1947.

The new branch remains a component of the Air Force, just as the Marine Corps belongs to a department of the Navy.

In its mission statement, the Space Force claimed it “organises, trains, and equips space forces in order to protect US and allied interests in space and to provide space capabilities to the joint force”.