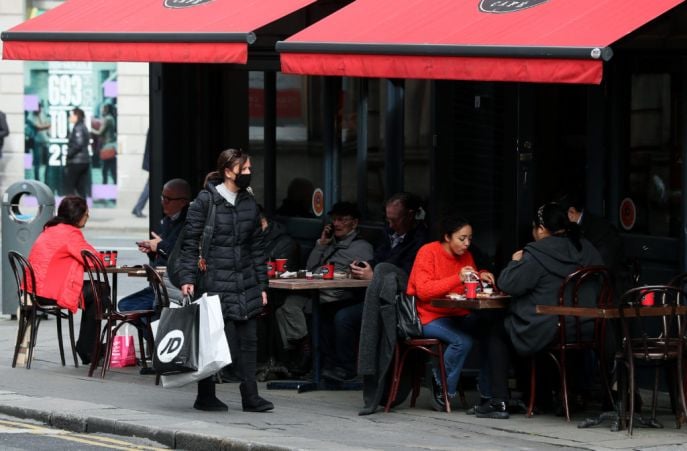 Any further restrictions would be 'a slap in the face' for the restaurants sector, an industry body has said. Photo: PA

The president of the Restaurants Association of Ireland (RAI), Mark McGowan has called for a “rapid” decision and clarity from the Government on the possibility of a return to coronavirus restrictions.

The Government will consider reintroducing some restrictions as early as December 28th after warnings from public health experts that infections from Covid-19 have begun to rise sharply.

Taoiseach Micheál Martin said on Thursday night the anticipated period of relaxed restrictions – which begins on Friday – would be shortened after warnings from the National Public Health Emergency Team (Nphet) and a meeting with the chief medical officer Dr Tony Holohan.

Mr McGowan told RTÉ’s Morning Ireland the hospitality sector was controlled with well-trained staff and that statistics had shown transmission of the virus was mostly through households not restaurants.

The hospitality sector was “driven” and any further restrictions would be “a slap in the face” for the sector that had been focussed on working right through to the new year, he said.

“I’m very worried about the long-term damage that yo-yo lockdowns are doing to our industry.”

Mr McGowan said the industry was “responsible” and he accepted decisions from Nphet.

The hospitality sector was ready and willing to “work hard on this”.

“We can do this the right way,” he said.

There was no comparison between Northern Ireland and the Republic, he said in response to a question about rising numbers in the North. “We’ve been much better at controlling the virus in the South and in our industry in particular.”

On the same programme, IBEC chief executive Danny McCoy urged the Government to take the weekend to come up with “a proportionate response” to rising case numbers.

It was disappointing seeing the impact the virus has had on the some sectors – especially hospitality and aviation, he said.

“We need a considered response and quick decision-making, but take the weekend and then make a proportionate response,” he said.