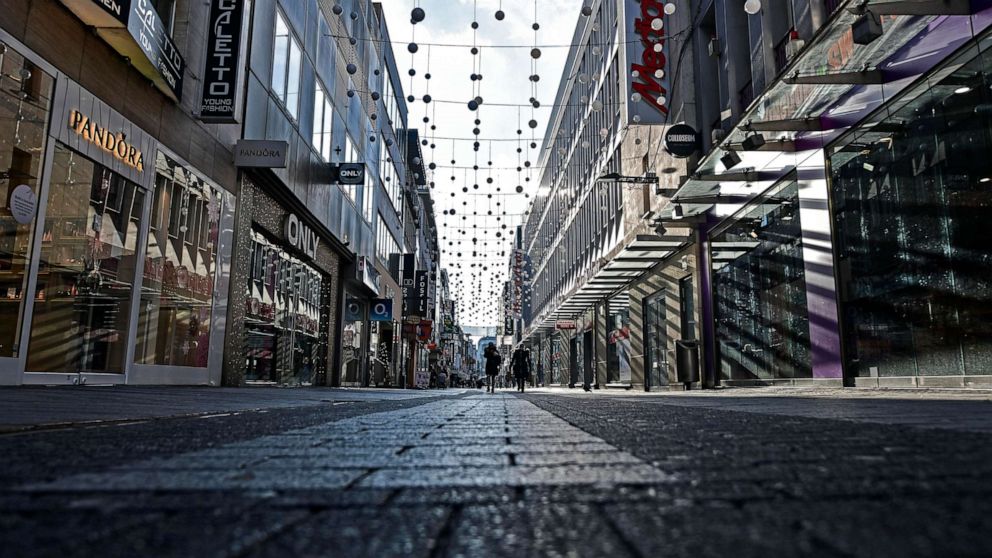 LONDON — Europe’s second wave of coronavirus infections remains in full swing, but in some countries, the Christmas holidays may grant a reprieve to allow people to gather with their families again.

While the worst-affected nations have opted for similar lockdown policies to deal with the pandemic, over Christmas they are taking altogether different approaches with the people’s appetite for family reunions factored into respective coronavirus strategies.

Indoor family gatherings and travel are a fixture of the Christmas holiday season in Europe and scientists have warned that restrictions should remain in place.

However, some European countries have granted reprieves for a limited period over the holidays despite the second wave showing few signs of abating. Experts have warned that such policies could trigger a rise in infections and deaths — similar to the effect that Thanksgiving had in the U.S.

What are the restrictions?

If Europeans were to follow the World Health Organization’s advice, Christmas would have a very different feel this year.

New advice published on Wednesday from the organization said that postponing or canceling religious gatherings should be “seriously considered.”

“Regardless of location, religious services should take place differently this year. They should be held outdoors whenever possible or be limited in size and duration, with physical distancing, ventilation, hand hygiene and mask use, as appropriate,” the advice reads.

Yet, contrary to that warning and despite the joint appeal of two major health publications, the British government has announced a moratorium on the ban of indoor gatherings between households from Dec. 23 to Dec. 27. Prime Minister Boris Johnson said on Wednesday that people should “exercise extreme caution.”

Indoor gatherings between three households will be permitted during the Christmas period. Travel within and across the four nations of the United Kingdom is also allowed. Wales, however, has announced that indoor gatherings will only be permitted between two households and the country has also announced stricter provisions will go into effect after Christmas. And in Northern Ireland, the national government has announced that the country will go into lockdown immediately after Christmas Day, on Dec. 26.

A similar amnesty will be allowed in France, although — unlike the U.K. — restaurants, bars, theaters and museums are closed across the country, and will remain shuttered until at least Jan. 7. Stores were allowed to open just three weeks ago for holiday shopping, despite the country only just having left a strict lockdown.

A maximum of six people, not including children, will be able to sit at the Christmas table, the French government has recommended, and travel will be allowed between regions. A curfew from 8 p.m. to 6 a.m. that was recently imposed will be temporarily lifted on Christmas Eve.

Meanwhile, Germany has tightened restrictions in anticipation of the holidays and has left an even smaller window for the mixing of households.

All schools and nonessential stores were closed on Dec. 16 and are not due to reopen until Jan. 10. Drinking alcohol in public has also been banned.

Two households of up to five people are currently allowed to meet but, from Dec. 24 to Dec. 26, a household may invite up to four adults from different households as long as they are from immediate family.

In Spain, the central government has made recommendations on how to approach the Christmas holidays, but individual regions will be allowed to determine their own rules when it comes to social mixing.

In Belgium, which has been badly hit during the second wave, restrictions will be even tighter. Prime Minister Alexandre De Croo said that he “would like us not to ruin the progress of the last four weeks over four days.” Households will only be allowed to invite one guest, with single-person households allowed to invite two, over the Christmas period.

Elsewhere in Sweden — which, unlike the aforementioned countries, has yet to impose a lockdown during the pandemic — is set to impose an eight-person limit on indoor gatherings over the Christmas period and New Years’ Eve, according to Forbes.

Warnings of a spike similar to Thanksgiving

Public health experts have warned that a significant relaxation of social distancing rules could lead to the kind of spike in coronavirus cases and deaths seen in the U.S. after Thanksgiving.

According to Professor Tim Spector, an epidemiologist and the lead investigator of the ZOE Covid Symptom app, which tracks coronavirus infections in the U.K., the country may have passed the peak of second wave infections.

Overall, the U.K. has performed better in terms of hospitalizations and deaths than during the first wave beginning in April, yet a Christmas reprieve is likely to lead to more coronavirus fatalities, he said.

“The government’s calling on people to be restrained and say that’s the maximum, do the minimum and try and be sensible, but we know from the Thanksgiving, a similar episode a few weeks ago, that inevitably that will lead to more cases because it’s more mixing and people are traveling around the country more,” he told ABC News. “So inevitably we will see more cases. The question is, how many more and will this be containable or will this be a major problem.”

Professor Mahmoud Zureik, an epidemiologist and public health expert at the University of Versailles Saint Quentin, said that the worst is not yet behind continental Europe and while the Christmas amnesty may not spark a third wave, it could make the second more deadly and long-lasting.

“I think the next two to three weeks are where we will reach the peak of the second wave in Europe,” he told ABC News. “By the beginning of January, maybe it can start descending again. Germany is seeing one of the most unfavorable developments. They haven’t had a real first wave. … Every time you leave a window open, the virus enters.”

Both experts say that it is far too soon for a vaccine rollout — which has begun in the U.K. but has not yet been authorized by the European Union — to have any impact on coronavirus hospitalizations or deaths this year.

With those under 50 years old scheduled to be last in line for a vaccine, and that demographic being key to driving second-wave infections, mortality rates will come down quicker than infection rates over the coming months, Spector said. Even now, there is no ready solution to the pandemic, he warned.

“I think the only trend I can make from looking at other European countries is the lack of consistent effect of any obvious strategy that’s really winning,” he said. “The difference between the countries is that some are prioritizing lockdowns and others are prioritizing business. And we’re seeing surprisingly little differences between them that are consistent. Countries like Sweden and Switzerland have taken a more relaxed approach to this. Others, like France, Italy and Spain have really locked down hard. And in the second wave, there isn’t a huge difference between what we’re seeing.”

Donald Trump’s Space Force mocked online over new name – ‘Did nobody Google this?’