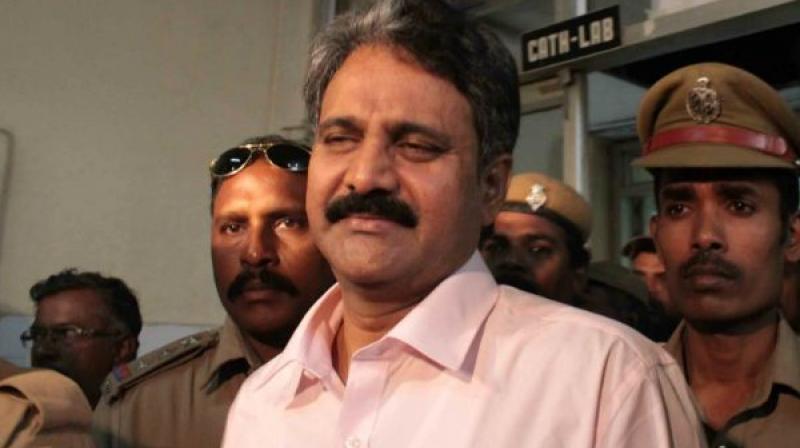 NELLORE: Tension prevailed and police pickets have been placed in Vodarevu area of Prakasam district after some fishermen pelted stones at the convoy of Rajya Sabha member Mopidevi Venkataramana on Monday.

Agricultural market committee director Kanaparthi Bajjibabu and YSR Congress leader Kagitala Satish, following the MP in a vehicle of the convoy, were injured.
Police had a tough time controlling the fishermen, who initially started raising slogans against the MP but later hurled stones at his car and vehicles that were following it.

Venkataramana had come to the area for sorting out the ongoing tussle between fisher folk of Katarivaripalem and Vodarevu folk villages over use of fishing nets called “Ballavala”.

Earlier, addressing the fishermen at Katarivaripalem, the MP asked them not to believe in rumours over their rivals preparing to attack them. He assured that he would find a lasting solution to the dispute between the two villages. He visited the government hospital in the area to console a person injured in the recent clashes between the two villages.

Locals said separate political affiliations within fishermen of two villages, who are followers of MLA Karanam Balaram and his arch rival Amanchi Krishnamohan, could be reason for stone pelting and ongoing disputes between the two villages.
Prakasam district additional SP B. Ravichandra, camping at Vodarevu, said they have posted police pickets in the troubled areas. He maintained that the situation is well under control.

Call it the Trump vaccine if you must