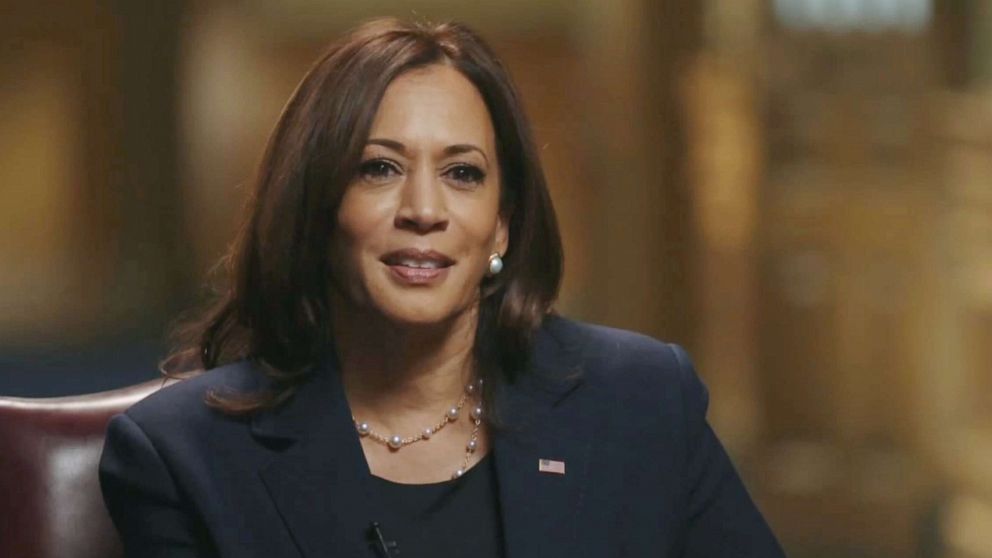 Given the history and the stakes, it’s a bit surprising that Vice President-elect Kamala Harris hasn’t had more of her own moments in the six weeks since she and President-elect Joe Biden were elected.

But that could be changing — in ways that will matter when she is sworn in, and quite possibly before then.

Harris will be a Black vice president in an administration facing criticism for a relative lack of diversity. She will be a key figure in convincing communities of color to trust the COVID-19 vaccine.

Perhaps most relevantly, for the moment, she remains a sitting U.S. senator as lawmakers close in on a pre-Christmas relief bill. That leaves Harris positioned to have a hand in some Biden-style deal-making even before she is sworn in as vice president.

“I applaud Mitch McConnell for talking to Joe Biden today,” Harris told ABC’s Robin Roberts Tuesday in an interview that will air on “Good Morning America” Wednesday. “It would have been better if it were earlier, but it happened, and that’s what’s most important. So let’s move forward.”

Many Democrats might laugh at the idea that McConnell or any Republican deserves credit for acknowledging a reality that’s been apparent for weeks, and simply stating that Biden is president-elect.

But Biden and Harris aren’t laughing through a serious moment that requires buy-in from both parties.

It’s been 266 days since Congress passed the CARES Act, the initial and only major stimulus and relief bill targeting families and individuals during this pandemic.

Though they renewed some protections for businesses since then, more help from Congress during this tough time has been long in the making.

Congressional leaders seemed determined to make something happen Tuesday. Senate Majority Leader Mitch McConnell said no one was going home for the holidays until the work got done.

Expanded unemployment insurance and the nationwide eviction moratorium will both expire at the end of the year, unless Congress acts now. Not to mention the student loan forbearance program, which President Donald Trump implemented by executive order.

The list of services set to expire is long — making this moment all the more urgent.

The TIP with Benjamin Siegel

Sen. Ron Johnson, R-Wis., is holding a hearing on alleged “irregularities” in the presidential election on Wednesday, but at least for now he says he’s no longer harboring doubts about the outcome.

“I haven’t seen anything that would convince me that the results — the overall national result — would be overturned,” Johnson told the Milwaukee Journal-Sentinel Tuesday, acknowledging Joe Biden’s victory.

Johnson was one of many Senate Republicans who cautiously recognized Biden’s status as the president-elect this week as the Electoral College vote formally delivered him the presidency, even as President Donald Trump continues to dispute the results.

Senate Majority Leader Mitch McConnell of Kentucky, who congratulated Biden on his victory Tuesday for the first time, privately warned Republicans to avoid the long-shot effort from some House Republicans to force a debate and vote on the election results in January — telling senators the futile effort would be a “terrible vote.”

Let’s not screw up the U.S. economy now

‘Unprecedented’ named People’s Choice 2020 Word of the Year by Dictionary.com