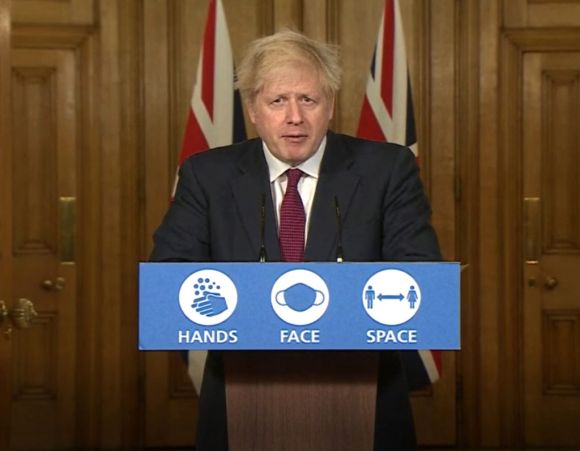 UK prime minister Boris Johnson and his cabinet signed off on the measures this lunchtime.

UK prime minister Boris Johnson has cancelled Christmas for millions of people across London and south-east England after scientists said that a new coronavirus variant is spreading more rapidly.

Mr Johnson announced that from Sunday areas in the South East currently in Tier 3 will be moved into a new Tier 4 – effectively returning to the lockdown rules seen earlier in November.

Non-essential shops, gyms, cinemas, hairdressers and bowling alleys will be forced to close for two weeks – while people will be restricted to meeting one other person from another household in an outdoor public space.

The rest of England will also see the Christmas ‘bubble’ policy – allowing up to three household to meet up over the holiday period – severely curtailed, applying on Christmas Day only.

The prime minister was advised of the group’s conclusions at a meeting with ministers yesterday evening, and the new regulations were signed off by the cabinet in a conference call this lunchtime.

The cabinet office minister Michael Gove has briefed the devolved administrations for Scotland, Wales and Northern Ireland on the group’s findings.

Under the new “stay at home” order – covering around a third of the population of England – people in Tier 4 will be told they should not stay away from home overnight and people from outside will be advised not to visit Tier 4 areas.