USS Indianapolis: Expert on how sailors were attacked by sharks

The vessel was a Portland-class heavy cruiser of the US Navy and just days before the end of it completed a top secret mission. The USS Indianapolis delivered key components of Little Boy – the first nuclear weapon ever used in combat – to the US Army Air Force Base on the island of Tinian. After departing for the Philippines on training duty, the ship was torpedoed by the Imperial Japanese Navy submarine I-58 and sank in 12 minutes.

Of the 1,195 crew aboard, approximately 300 went down with the ship, but ‘History’s Greatest Mysteries’ revealed how the survivors faced a perilous task.

The narrator said: “As the Sun rises the next day, over 800 survivors are adrift on the open ocean 280 miles from land and the men are optimistic.

“But a whole day passes without any sign of rescue – and then another, and another.

“Facing extreme heat during the day and cold at night, sailors begin to succumb to exposure, exhaustion and dehydration. 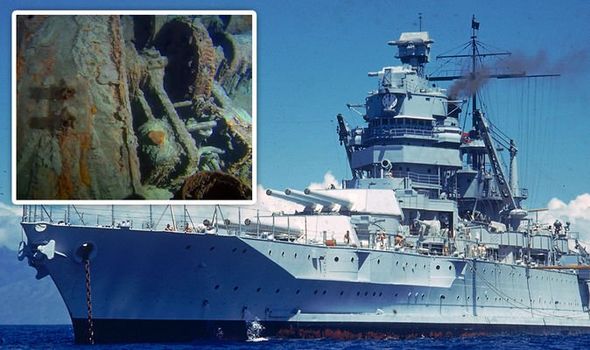 “But any of those threats are preferable to another – sharks – hundreds of oceanic whitetips prey on the defenceless sailors.”

In a harrowing account, the series went on to detail how a fraction of the original crew were saved.

“After four days of hell, a Navy plane on a routine patrol spots an oil slick on the ocean surface.

“Descending to investigate, the pilot is stunned to see hundreds of sailors drifting among the waves. 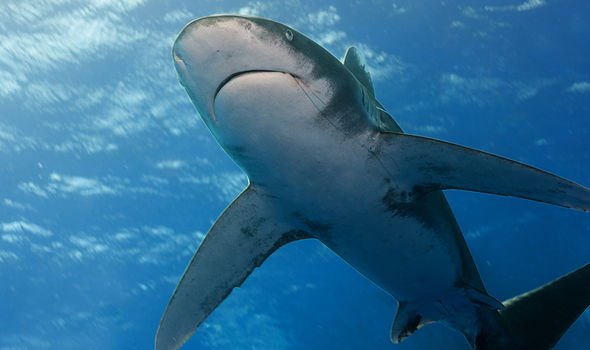 “He immediately radios for help. Over 800 men went into the water, by the time rescue ships arrived only 317 come out.

“It is the largest shark attack on record.”

But the wreck of the USS Indianapolis, and the men who perished with it, were forgotten for decades.

The series explained: “The whole incident is overshadowed when a few days later an atomic bomb detonates in the skies over Hiroshima – and three days later over Nagasaki.

“Both cities are levelled and the Empire of Japan formally surrendered one week later.

“The classified mission that brought the Indianapolis to Tinian Island – the top secret cargo was components used in Little Boy. 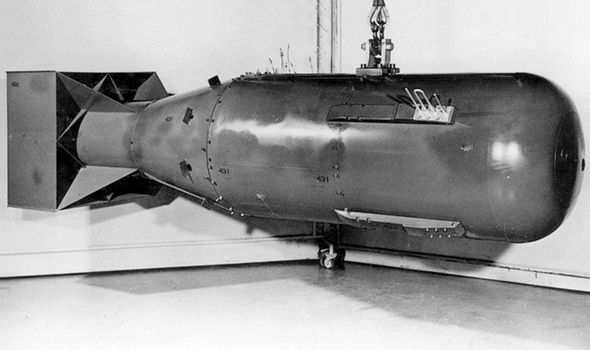 “Public interest in the Indianapolis was reignited in the Nineties and deep sea expeditions were launched in 2001 and 2005 based on its chartered course.

“Finally, in 2016, a breakthrough after a crucial piece of evidence overlooked by past investigations.”

Remarkably, groundbreaking technology and a dig into the archives allowed for the ship to finally be located and its crew remembered.

The narrator continued in November: “An incident report by Captain [Charles] McVay mentioned that they passed an unidentified Naval landing craft just a few hours before being torpedoed.

“Dr Richard Hulver, a researcher with the Naval History and Heritage Command digs into the archives and manages to identify the landing craft. 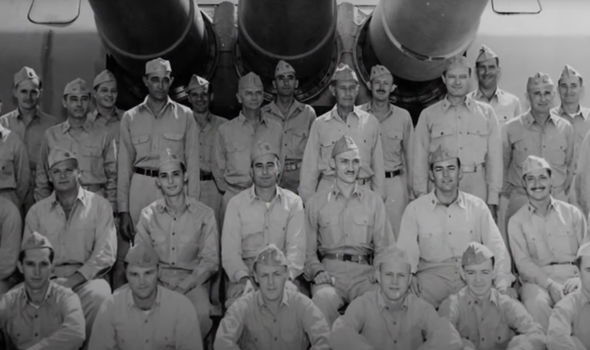 “Using its coordinates and knowing approximately what time the Indianapolis passed the vessel, he maps out a new 600-mile square area.

“A high-tech expedition led by billionaire philanthropist Paul Allen sets out to find the Indianapolis.

“On August 19, 2017 – 72 years after sinking – it was finally spotted on the floor of the Philippine Sea – more than 18,044 feet below the surface in one of the deepest shipwrecks to ever be located.”

Today the USS Indianapolis is a war grave and so remains untouched.

It will remain in the same spot as a monument to the incredible sacrifice of its crew which helped bring an end to the war.

On December 20, 2018, the crew of the Indianapolis was collectively awarded a Congressional Gold Medal – the highest civilian award in the US.