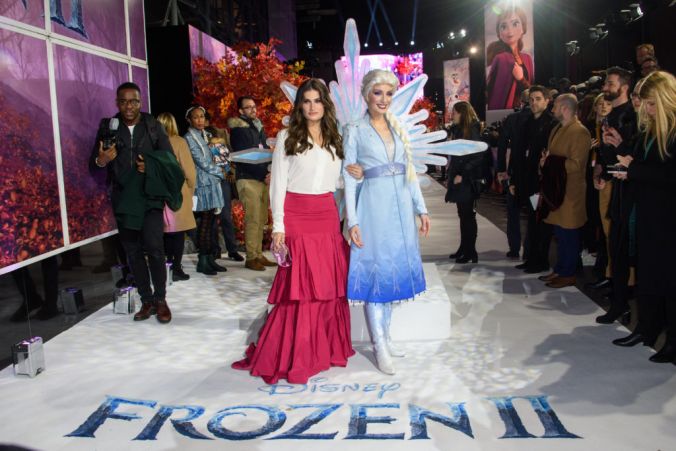 As Santa readies his reindeer for a busy Christmas Eve, Damon Smith suggests some films – absent from the TV schedules this month – to thaw frozen hearts and stoke up the festive spirit.

Written by Glenn Ficarra and John Requa, Bad Santa guzzles down the spirit of Christmas by the bottle full and regurgitates it as a foul-mouthed revision of A Christmas Carol. Like Dickens’s seasonal classic, this filthy-minded fable revolves around a penny-pinching misanthrope, seasoned con man Willie T Soke (Billy Bob Thornton), who poses as a Santa-for-hire to rob the safe of a department store with his accomplice Marcus (Tony Cox).

Terry Zwigoff’s film is a delight, hilariously charting the journey of self-discovery of a man who has almost given up on everyone and everything, except the taste of good liquor. The screenwriters give Spike Lee a run for his money in terms of expletives per minute, desecrating various icons of Christmas with a barrage of visual gags and stinging one-liners.

Buddy (Will Ferrell) has felt lonely and isolated his entire life. Abandoned by his parents as a baby, he is raised by an elderly elf (Bob Newhart) at Santa’s workshop in the North Pole then travels to New York City to meet his biological father, Walter (James Caan), a penny-pinching publisher who cares more about his ailing empire than his family.

Screenwriter David Berenbaum borrows liberally from other festive favourites including Miracle On 34th Street, A Christmas Carol and Jingle All The Way to fashion a heart-warming parable about errant fathers and the over-commercialisation of yuletide.

Ferrell exudes a childlike innocence which is infectious and Favreau drizzles on the schmaltz for the rousing, feelgood finale.

Inveterate scene-stealer Olaf (Josh Gad) hysterically recaps the plot of the first film and finds a perfect match for his gosh-darn cuteness in a blue salamander sidekick. Disney’s platoons of digital wizards repeatedly quench our thirst with jaw-dropping animated set pieces including a thrilling gallop over the crashing waves of an angry sea astride an untamed water horse.

Returning songwriters Kristen Anderson-Lopez and Robert Lopez ride the crest of sound waves from the original. Elsa’s call to arms Into The Unknown soars to dizzying high notes and Kristoff’s faux 1990s rock ballad Lost In The Woods is a hoot, replete with four-legged backing singers.

Love is all around in Richard Curtis’s 2003 directorial debut, an unabashedly feelgood romantic comedy which fizzes with an obscene number of raucous one-liners, interspersed with wonderful moments of pathos. Like a modern-day Frank Capra, Curtis creates a tableau of contemporary London life in which people fall in and out of love to a smoochy soundtrack of Otis Redding, Norah Jones and Eva Cassidy.

Ten stories of longing, camaraderie and failed relationships unfold in the five weeks before Christmas, building to a rousing climax on December 24. The ensemble cast is an embarrassment of comedic riches from Bill Nighy’s ageing rock star on the comeback trail and Hugh Grant’s newly elected, bachelor prime minister to Martin Freeman and Joanna Page’s bare-cheeked body doubles.

Dame Emma Thompson delivers a tour-de-force dramatic performance as a wife who gets an unsettling surprise under the Christmas tree. We get everything we ask for.

Writer-director Marc Lawrence won’t be straying on to Santa’s naughty list with a feel-good festive fable that reaffirms Disney’s commitment to crafting stories with spirited, independent and forward-thinking female characters who aren’t dependent on a man to grant them a happy ever after.

When the fate of Yuletide hangs in the balance, Noelle and her elf nanny (Shirley MacLaine) hijack the sleigh to ensure bells jingle around the world on Christmas Eve.

Targeted at younger viewers, Lawrence’s crowd-pleasing film slips down sweetly and inoffensively like a mug of hot cocoa. His script tees up obvious gags and introduces a diminutive white reindeer named Snowcone – rendered with digital effects – as a potential successor to Dasher’s leadership.

It’s been more than 25 years since director Henry Selick channelled the Gothic grandeur and grotesquerie of Tim Burton’s macabre mind into a spooky stop motion fantasy. The Nightmare Before Christmas has effortlessly defied the ravages of time.

Chris Sarandon provides the dulcet tones of Jack Skellington, the cause celebre of Hallowe’en Town, who gatecrashes Christmas Town and hatches a dastardly scheme to replace Santa Claus (Ed Ivory) as the figurehead of the festive season. Meanwhile, Jack’s rag doll sweetheart Sally (Catherine O’Hara) plots her escape from the mansion of her mad scientist father, Dr Finkelstein (William Hickey).