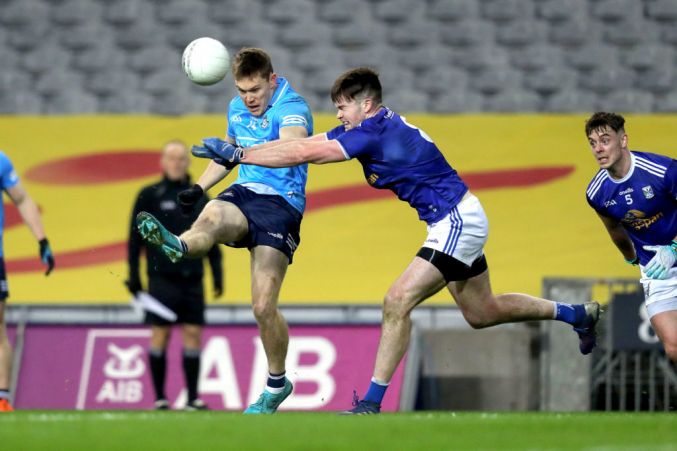 Gardaí have begun high-visibility patrols ahead of today’s All-Ireland Football Final meeting of Dublin and Mayo.

In a tweet, officers urged football fans to enjoy the final “safely” by adhering to public health advice.

It comes as last week, senior gardaí praised All-Ireland hurling champions Limerick, after players appealed to the public to celebrate their victory in line with public health guidelines, leading to subdued homecoming celebrations that passed “without incident”.

Ahead of today’s senior final, gardaí said: “Our high visibility operation continues. Please enjoy the All-Ireland Football Final safely by following the public health advice. We all need to Play Our Part. Lets beat this together.”

Gardaí in Mayo on patrol this morning for All Ireland Final Day.

We all need to Play Our Part. Lets beat this together.#HoldFirm pic.twitter.com/UfrZKSV7Su

Today will draw down the curtain on this season’s senior GAA action, as Mayo once again try to topple reigning champions Dublin.

A win for the Dubs would see them become history-makers once again, this time as the first team to secure six back-to-back titles.

Meanwhile, a win for Mayo would finally see the undoing of Ireland’s most famous sporting curse, a feat 69 years in the making.

Both teams powered their way through the Championship with an underwhelming level of ease.

The pairing have become particularly accustomed to their All-Ireland showdowns, contesting three titles since 2010.

However, the Dubs have been put to the sword by Mayo in each of their final bouts, winning by only a single point on three occasions.

Both teams have named unchanged teams for Saturday’s final, however, they may still be subject to last-minute changes.

The Senior All-Ireland final will throw-in at 5pm in Croke Park, with coverage on RTÉ and Sky Sports and will be proceeded by the U20 final between Dublin and Galway, getting underway at 2.15pm with coverage on TG4.